You are here: Home / Archives for Baxter Arena 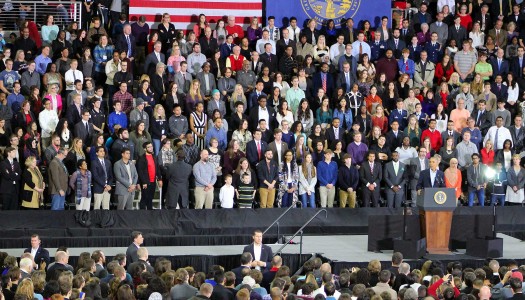 By SARA GIBONEY UNK Communications KEARNEY – Six University of Nebraska at Kearney students heard remarks by President Barack Obama at the University of Nebraska at Omaha Wednesday. More than 11,000 people attended the event at Baxter Arena at UNO. It was Obama’s first trip to Nebraska since he won the presidency in 2008. Lilia Jiminez, junior social work and Spanish translation and interpretation major, Lexington “You don’t get the chance every day to go see … END_OF_DOCUMENT_TOKEN_TO_BE_REPLACED