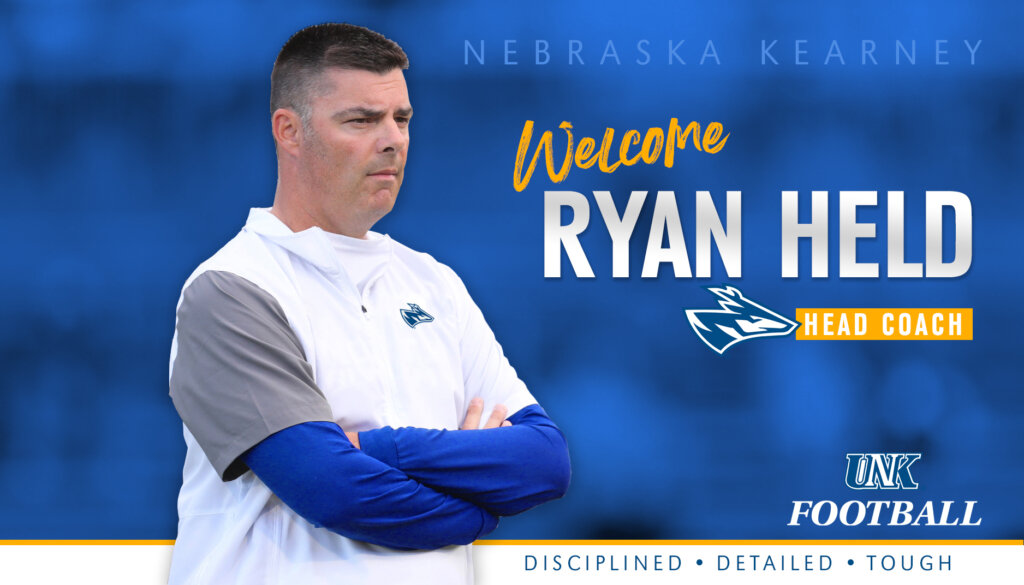 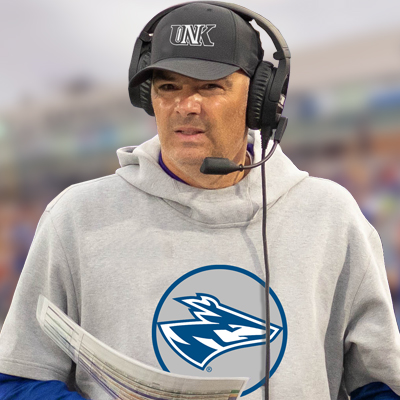 Held to be formally introduced at Jan. 3 news conference

KEARNEY – Former Nebraska and North Alabama coach Ryan Held has been hired as head football coach at the University of Nebraska at Kearney, Director of Athletics Marc Bauer announced today.

UNK will formally introduce Held as its 19th coach in team history at an 11 a.m. news conference Jan. 3 at UNK’s Health and Sports Center.

“I can’t tell you how fired up I am to be the next head football coach at UNK. The opportunity to return to Nebraska and lead the Loper football program, which has tremendous tradition and is committed to winning championships, is something I can’t wait to take on,” said Held. “The MIAA is one of the toughest football conferences in the country, and UNK is right there at the top with a strong foundation in place.” 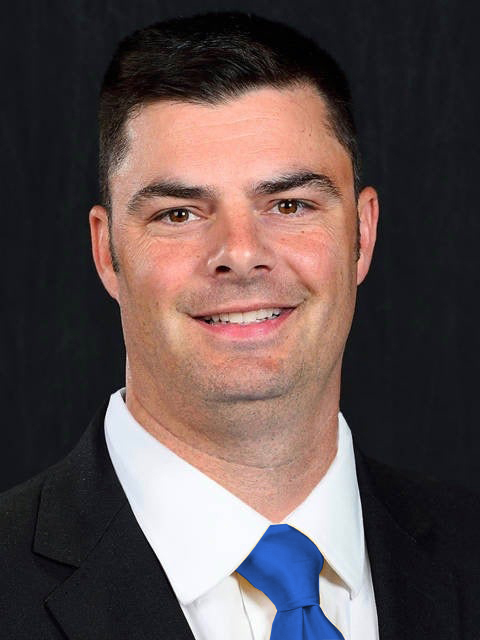 Held, 48, spent the past season as interim head coach and offensive coordinator at NCAA Division I University of North Alabama. Before that, he was an assistant/running backs coach and recruiting coordinator at Nebraska (2018-21) and assistant/running backs coach at the University of Central Florida (2016-17). He was twice named one of the nation’s top 25 recruiters by Rivals.com while at Nebraska.

Held’s other coaching stops include Butler Community College and the University of Tennessee, where he was a defensive graduate assistant in 1998-99, helping the Volunteers win the 1998 national championship.

Bauer chose Held following a nationwide search. He replaces Josh Lynn, who was UNK’s head coach the past six seasons.

“Ryan has created a strong reputation for leading, recruiting and developing players,” said Bauer. “His focus goes beyond the game, aimed at elevating players to become the best version of themselves on and off the field.

“Equally important, Ryan believes in the Division II model. Not only does he have plans to guide and continue to elevate the program, but also create a culture driven by our mission, complemented by our core values and efforts to contribute to our campus and community.”

UNK went 27-11 over the past four seasons, including a 10-3 record in 2021 while advancing to the second round of the NCAA Div. II Playoffs. The Lopers won the Mineral Water Bowl in 2019.

“I look forward to meeting all the great alumni, boosters and community members who make it possible to build our program.”

Recognized as an outstanding recruiter and for developing players, as well as being an offensive-minded coach, Held’s running backs at Central Florida rushed for more than 2,500 yards in 2017 when the Knights went 13-0 and won the American Athletic Conference title.

At Nebraska, Held’s running backs produced impressive results in his first season in 2018. The group helped the Huskers rush for more than 2,500 yards, as Nebraska boasted the third-most-improved rushing attack in the country, averaging 209 yards per game.

His 2022 team at Northern Alabama was among the ASUN Conference leaders in multiple offensive categories, with running back ShunDerrick Powell’s 1,508 rushing yards the fourth-best total in the nation.

“Our players will be disciplined, detailed and tough. That’s our culture and what we stand for, on and off the field. That encompasses everything it means to be a Loper football player,” said Held.

He said his recruiting strategy at UNK will be to heavily recruit Nebraska high schools and players from across the Midwest and Florida, including junior colleges in Iowa, Kansas, Oklahoma and Texas.

“We will recruit impact players from winning programs who fill immediate needs – smart, tough, physical athletes who love to compete,” he said. “I look forward to working with all the great Nebraska coaches. We want Nebraska high school players to be Lopers. That will be paramount to our success.”

A native of Overland Park, Kansas, Held was a reserve quarterback and split end at Nebraska from 1993-96, when the Huskers won two national championships, posted a 47-3 record and won three conference titles.

He and his wife, Katie, have two sons, Jacob and Greyson. Held also has a daughter, Rhylan.