KEARNEY – His face lights up when he talks about the University of Nebraska at Kearney.

“I feel so proud to be a Loper,” Francisco Cantillo says. “I feel proud to be part of this family. Kearney made my dreams come alive again.”

The 37-year-old international student is currently pursuing a bachelor’s degree in chemistry, something that seemed unimaginable back in his hometown of Cartagena, Colombia.

“Unfortunately, in a developing country like Colombia, there are not many people who know English and have a degree,” said Cantillo, who started his higher education journey more than a decade ago.

Cantillo was a helicopter pilot in the Colombian National Police when he came to UNK in 2011 to learn English through a partnership between the country’s Ministry of National Defense and UNK’s English Language Institute. He spent two years in Kearney, taking classes and building relationships with faculty, staff and students here.

“This was the first experience in my life outside my home country,” Cantillo said. “There were language and cultural barriers, but those differences didn’t matter because people in Kearney and UNK are willing to make it work. You can have ups and downs, but they will help you solve those problems.”

Cantillo returned to Colombia after completing the English language program. But, “I was always thinking about Kearney, Nebraska,” he said.

“In Colombia, I couldn’t follow all of my dreams,” Cantillo said. “You can do many good things there, but my real dream was to be in science or the academic field.”

He served in the National Police for 10 years and hoped to land a position with the United Nations. When that didn’t pan out, a friend suggested he work for Disney Cruise Line because of his outgoing personality. He was hired in 2015.

“They gave me the opportunity to grow as a professional,” said Cantillo, who became an assistant food service manager overseeing meal preparation for guests and crew members.

The job allowed him to travel the world, meet new people and learn about other cultures. Plus, there were opportunities to advance within the company.

However, everything changed in early 2020 when COVID-19 shut down the entire industry.

“At that point, I said to God, ‘If this is not the time to go back to university, let me understand that. Let me move on with my life and continue with Disney,’” Cantillo said.

He received the sign he needed through a Facebook interaction with Traci Gunderson, an assistant director in UNK’s Office of International Education. After reconnecting on social media, Cantillo asked her about the possibility of returning to UNK.

“She said, ‘Of course, you can come back any time,’” Cantillo explained. “So here I am.”

Cantillo moved to Kearney in summer 2021 and took additional classes through the English Language Institute to prepare for his undergraduate education, which began that fall.

Although he’s a little older now, Cantillo has the same close connections with campus and the community.

“When they say age is just a number, you can feel it here,” he said. “That’s why I wanted to come back. I feel like I can pursue my dreams and I am not alone.”

In addition to his classroom activities, Cantillo works in the Learning Commons on campus and conducts research with chemistry professor Chris Exstrom. He also volunteers at the weekly Non-English Conversation Tables, a program that allows international students to interact with the campus and Kearney communities while teaching their native languages to attendees and sharing information about their cultures.

Cantillo won’t graduate until 2025, but he already has his sights set pretty high. He sees an opportunity to use his aviation and science backgrounds in the space exploration industry.

“When they start sending people to Mars, I want to be ready for that,” said Cantillo, who’s definitely willing to do whatever it takes to follow his dreams. 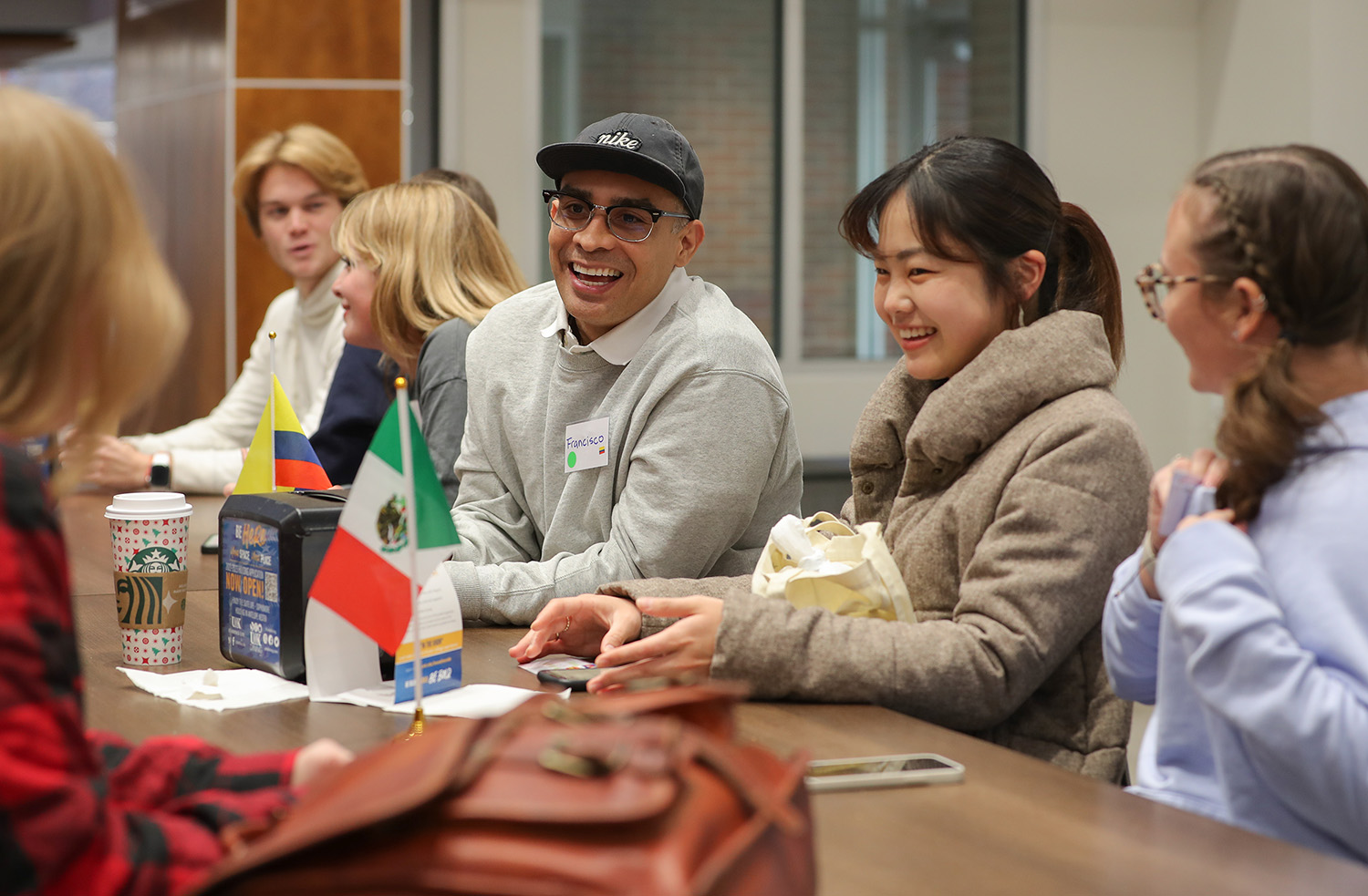