KEARNEY – The weather outside was frightful – for early November – but the scene was quite delightful inside the University of Nebraska at Kearney residence hall.

“Jingle Bell Rock,” “Here Comes Santa Claus” and other festive tunes played as students created colorful Christmas cards in one room. In another room – past the sparkling tree, wreaths and poinsettias – they lined up to fill cardboard boxes with goodies.

By the end of the night, there were 336 care packages ready to be delivered to U.S. military members stationed overseas.

For the past 10 years, the Alpha Omicron Pi sorority has hosted its annual Sisters for Soldiers event to thank service members for their sacrifices and send holiday cheer to the men and women who will spend this time away from their families.

“It’s hard being away from family. I’m a big family person, and it’s hard for me to even be here in Kearney away from my family. I couldn’t imagine being in a completely different country,” said Emily Theis of Osceola, a nursing student and director of philanthropy for the sorority.

Alpha Omicron Pi members spent about two weeks collecting donations for the project. On Thursday evening, they invited campus and community members to join them at the chapter house to assemble the care packages and create cards included in each box.

“We receive a lot of support,” Theis said. “It’s very much a community event.”

Sisters for Soldiers is a special event for every member of the UNK sorority, but it means even more when they have close connections to the military.

Paiton Martin’s father Chad is a chief master sergeant in the Nebraska Air National Guard’s 155th Air Refueling Wing based in Lincoln. He enlisted during college and has served overseas during multiple deployments.

“When we send him packages, it means so much to him, getting something from home and knowing that we’re thinking about him all the time,” said Martin, a sophomore in the radiologic technology pre-professional program.

She hopes other military members feel the same way.

The care packages contain items such as books, crossword puzzles, toiletries, candy, snack foods and flavored drink mixes. They were shipped Friday to Soldiers’ Angels, a Texas-based nonprofit that will distribute the boxes to overseas military bases.

“We want to get them there for Christmas,” Theis said. 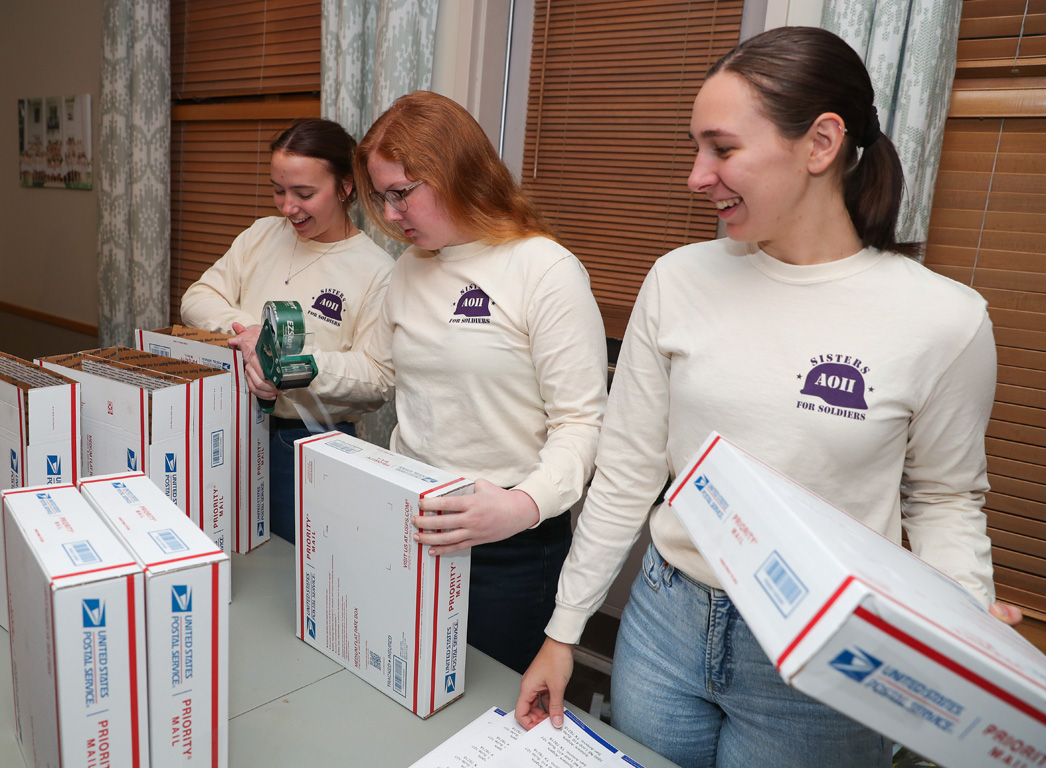