KEARNEY – The University of Nebraska at Kearney Alumni Association has announced 11 alumni award recipients who will be recognized during homecoming festivities Oct. 27-29. In its 42nd year, UNK’s Distinguished Alumni Awards will be presented during an 11:30 a.m. luncheon on Oct. 28 in the Nebraskan Student Union Ponderosa Room.  Tickets are $25 per person, $15 for children ages 12 and younger, and can be purchased until Oct. 20 at unkalumni.org/homecoming or by calling 308-698-5271.

The 2022 awards will be presented to the following: 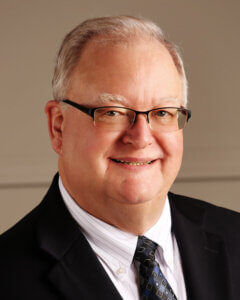 Christensen resides in Lincoln and is retired after a long career in education. Following graduation, Christensen taught marketing and business classes at Cozad High School for eight years.

Christensen left the high school classroom in 1983 and spent the next 35 years of his career with the Nebraska Department of Education. While there, he served as the entrepreneurship education, work-based learning and special projects specialist; entrepreneurship and career education specialist; director of marketing education and the state adviser for Nebraska DECA (an association of marketing, management and entrepreneurship students). While at the NDE, Christensen developed the Nebraska Workplace Experiences Continuum and support the website as a resource for educators, labor and economic development professionals. He was also the project lead for the Nebraska Career Clusters Virtual Business/Industry Tours website videos and editor of the accompanying teacher and student guides. In addition, he was the lead facilitator or co-facilitator for 40+ Nebraska school districts’ reVISION Strategic Planning meetings

In 1998, he took a one-year leave of absence from NDE to serve as a senior lecturer at the University of Wisconsin-Stout, with a special focus on marketing education, entrepreneurship and work-based learning. Christensen also served as an adjunct instructor at the University of Nebraska-Lincoln in 1999.

He continues to serve on the Nebraska Entrepreneurship Task Force (NET-Force) as well as the Nebraska Entrepreneurship Best Practices Summit planning committee. Since 1984, Christensen has served as a consultant and leadership/management trainer for Prime Time Associates and Legacy Leadership Unlimited, focusing on strengths-based leadership development. Christensen is a CliftonStrengths and Builder Profile 10 coach and mentor.

Christensen is a Grand Island Northwest High School graduate and earned a bachelor’s degree in education with an endorsement in distributive education from Kearney State College in 1975. He also holds a master’s degree in vocational education from the University of Nebraska-Lincoln. 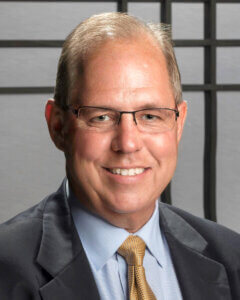 O’Neill of North Platte is president and CEO of Kwik Stop Convenience Stores, a privately-owned chain of 28 stores in Nebraska and Colorado, with corporate offices in North Platte. O’Neill worked for Cash-Wa Distributing in Kearney for 15 years following graduation before joining Kwik Stop in 1996 as director of operations.

The Sumner native and Sumner-Eddyville-Miller High School graduate earned a bachelor’s degree in business in 1981 from Kearney State College. 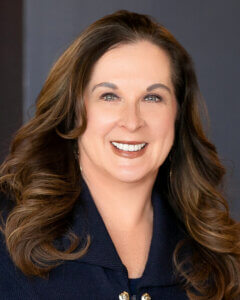 Simard resides in Highlands Ranch, Colorado, and is a psycho-oncology influencer and advocate to expand access to mental health resources for those impacted by the psychological trauma of cancer. Simard is CEO and founder of Unlikely Gift Productions. She publishes a monthly blog and is currently launching a podcast.

After completing cancer treatments, Simard seed-funded a specialty at the University of Denver called the Center for Oncology Psychology Excellence (COPE), the first specialty in the country to offer psycho-oncology training at the graduate level. She also wrote a multiple award-winning memoir, “The Unlikely Gift of Breast Cancer.”

Simard was a co-founder and served on the boards of Aero Electric Aircraft Corp. and Silent Falcon UAS Technologies. She has served on the boards of Colorado Capital Bank, LERI and Beyond Aviation, as well as Mental Health Colorado, Colorado Women’s College, Community College of Aurora Foundation, Colorado Freedom Memorial, Aurora Chamber of Commerce and Defense Council and Escuela de Guadalupe Leadership Council. She was named one of the inaugural Top 100 National Women in Business to Watch by BizWomen.com and has received numerous other recognitions.

Simard is a Cotesfield native and Elba High School graduate. She earned an associate degree from Central Community College before receiving her bachelor’s degree in public relations from Kearney State College in 1988. 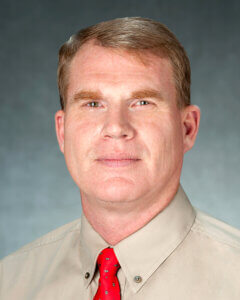 Thompson of Huntsville, Alabama, has spent his entire career in the military. He is a retired United States Army officer and is currently director of army field marketing with Boeing Company.

Thompson’s military career started in 1980 when he enlisted in the Nebraska National Guard and joined ROTC. He entered active duty soon after graduation and served 30 years as an Army aviator, flying both the Cobra and Apache attack helicopters. He has served worldwide, stationed both in the United States and Germany, including multiple deployments for combat and peacekeeping operations.

Thompson volunteers his time with the Boeing Veterans Engagement Team and at the Huntsville U.S. Veterans Memorial Museum, serves on the board of directors for the local chapters of the Association of the United States Army and Vertical Flight Society, and is an active member of the American Legion and VFW.

The Bellevue East High School graduate earned his degree in political science with a history minor from Kearney State College in 1983. Thompson also graduated from both the U.S. Army Command and General Staff College and the U.S. Army War College, where he earned a master’s degree in strategic studies. 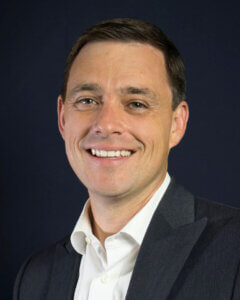 Jack Kreman of Noblesville, Indiana, started his career with his collegiate fraternity, Delta Tau Delta, as a chapter leadership consultant following graduation. He went on to serve as director of chapter services, vice president and chief operating officer before moving in 2018 into his current role of chief executive officer.

While serving as president of the UNK Alumni Association’s board of directors, Kreman provided strategic leadership through a governance restructuring and assisted with the formation of the current Loper Engagement and Alumni Development (LEAD) Council. Kreman has also served as a liaison between the UNK Fraternity and Sorority Life leadership and alumni.

Kreman, a Kearney High School graduate, earned a general studies degree from the University of Nebraska at Kearney in 2004. He also holds a Master of Public Administration, Non-Profit Management, from the Indiana University School of Public and Environmental Affairs, as well as a certificate in network administration from Ivy Tech Community College. 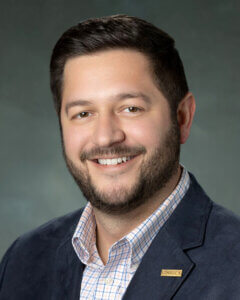 Marble of Houston, Texas, started his career with Linbeck Group, LLC, as an intern in 2007. After graduation, he accepted a full-time position as a project engineer, receiving multiple promotions, and in 2021 was promoted to vice president, senior client executive, providing corporate leadership for various cultural, private, K-12, non-profit and higher education portfolios.

During his career, Marble has built several of Houston’s most notable and award-winning buildings, including the Co-Cathedral of the Sacred Heart, the Cathedral of the Galveston-Houston Archdiocese, Houston Museum of Natural Science and the Rothko Chapel restoration.

Marble holds leadership positions in multiple professional organizations, including the Associated General Contractors (AGC) Houston, is a member of the AGC of America Board of Governors, was named to the Consulting Constructors’ Council of America (CCC), received the 2021 Linbeck Strive for Excellence Award, and serves as the vice president of the Rice Design Alliance board of directors.

In addition to his work, Marble has given his time to domestic and international service endeavors, including Hurricane Harvey recovery and home building in Guatemala. He and his wife, Danica Marble, are dedicated members of the Houston foster care community.

Marble is a Grand Island Northwest High School graduate and earned a construction management degree from the University of Nebraska at Kearney in 2008. He also holds a Master of Arts in Christian Apologetics from Biola University. 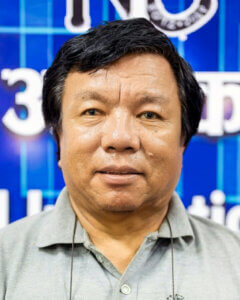 Mahabir Pun lives in Nangi Village, Myagdi, Nepal, and is an educator, social entrepreneur and activist. After completing high school, Pun became a teacher for 12 years. He then made his way to Kearney where he earned a bachelor’s degree. In 1992, Pun returned to the Myagdi District in Nepal and began his efforts to connect 225 remote Himalayan villages in Nepal with wireless technology.

In 2007, Pun was awarded the Ramon Magsaysay Award (Philippines), considered to be the Nobel Prize of Asia. Pun was inducted into the Internet Hall of Fame (United States) in 2014 in recognition of his work to bring wireless Internet to the remote mountain communities of Nepal. He has also received the Ashoka Fellow (United States), Overall Social Innovation Award from Global Ideas Bank (United Kingdom), the Jonathan B. Postel Service Award from Internet Society (United States) and the ITU-AJ Special Achievement Award from the International Telecommunication Union Association (Japan). In recognition of his humanitarian work, Pun has received citations from the Commonwealth of Massachusetts State Senate, California Legislature Assembly, City of Chillicothe, Ohio, and City of Reynoldsburg, Ohio.

Pun currently serves as chairperson of the National Innovation Center in Nepal and is program director for the Himanchal Education Foundation based in Kearney.

Peterson of Tucson, Arizona, began his career in 1985 as a faculty member at the University of Arizona. He has been with Princeton University since 1998 and is now an emeritus professor and senior research scholar. Peterson served as the computer science department chair at both universities. He was also the chief technology officer for the Open Networking Foundation from 2013-22.

Peterson is the co-author of the best-selling networking textbook Computer Networks: A Systems Approach, which is now in its sixth edition and open sourced. Peterson’s research focuses on the design, implementation and deployment of Internet-scale distributed systems.

A UNK Distinguished Alumni Award recipient, Peterson is also a member of the National Academy of Engineering, a Fellow of the ACM and the IEEE, a recipient of the IEEE Kobayashi Computer and Communication Award and a ACM SIGCOMM award recipient.

Peterson earned his bachelor’s degree in computer science from Kearney State College in 1979. He also has a Master of Science and a Ph.D., both in computer science, from Purdue University. Peterson is a Kearney High School graduate.

Street of Omaha, now retired, dedicated his 39-year career to the development and administration of educational programs for students with disabilities.

Born in Tachikawa, Japan, the Genoa High School graduate received multiple degrees from Kearney State College, including a bachelor’s in psychology with a sociology minor in 1975; a master’s in special education in 1979; a supervisor certificate, special education in 1981; and an education specialist degree, K-12 principalship in 1986. 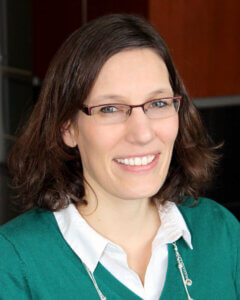 Following her postdoctoral fellowship, she returned to UNK for two years as an assistant professor in the chemistry department. In 2011, she started in her current position with the chemistry department at the University of Wisconsin-Madison, where she advises students on research opportunities, develops research-based labs for the undergraduate curriculum, and implements research-skills workshops and courses.

In addition to her work, Barta is a board member for the Wisconsin Council for Undergraduate Research (WisCUR) and the Council for Undergraduate Research (CUR), a master facilitator for the Center for Improvement of Mentored Experiences in Research (CIMER) and the National Research Mentoring Network. She also serves as a consultant and contributor for the CIMER Entering Research Curriculum, is the secretary for the Wisconsin Location Section of the American Chemical Society and is a co-principal investigator for the National Science Foundation (NSF) Emerging Frontiers and Innovation-Research Experience Mentoring (EFRI-REM) Catalyst program.

In recognition of her dedication to chemistry education, Barta received the UW-Madison Honored Instructor Award and the Early-Career Award from the College of Letters & Sciences at UW-Madison.

Barta is a graduate of Lincoln East High School. While in college, she was a member of the UNK Alumni Association’s Gold Torch Society. Barta received her bachelor’s degree in chemistry in 2002 from the University of Nebraska at Kearney and has a Ph.D. in chemistry from University of British Columbia. 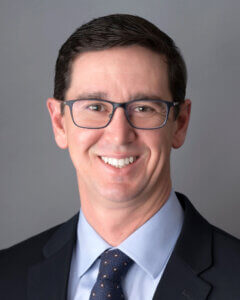 While in college, Moyer was a member of the Choraleers, Collegium and Delta Omicron. Moyer is a Lakin, Kansas, native and Lakin High School graduate. He earned an associate degree from Colby Community College (Kansas) before receiving his bachelor’s in music education K-12 in 2001 and a master’s in curriculum and instruction secondary in 2010, both from the University of Nebraska at Kearney.