KEARNEY – The University of Nebraska at Kearney’s new fraternity and sorority housing won’t open for a few more months, but some lucky Lopers got a sneak peek at the project.

“Man, now I’m going to be all excited for the next four months,” UNK junior Jackson Miller said while checking out the progress.

“I think the space is going to work a lot better,” he said. “Getting guys to live there will be a lot easier.”

Each fraternity will have its own chapter room, lounge and study area, with a “great room”/event space on the main floor serving the entire Fraternity and Sorority Life (FSL) community. There are assigned housing pods and flexible housing units designed to meet the chapters’ future needs.

There will also be meeting and lounge space for UNK’s three multicultural chapters – the Lambda Theta Nu and Sigma Lambda Gamma sororities and Sigma Lambda Beta fraternity. Because of national rules, these groups weren’t interested in having designated housing on campus.

“Even though MGC members do not have traditional housing at UNK, we are happy that they will have their own meeting space in the new building to help build community and a sense of belonging,” said Renae Zimmer, director of student engagement. “The three FSL councils work well together, and it’s crucial to keep a collective and supportive network for future growth.”

The fraternity and sorority residence halls will face each other, with a green space in between serving as an extension of the student union plaza. This location puts some of UNK’s most active students directly next to the Nebraskan Student Union, a hub of social activity on campus, and gives them easy access to dining options.

“It’s going to help our community bond a lot and make it easier for all three councils to connect in different ways,” said Herbolsheimer, who works in the Fraternity and Sorority Life office.

“I think the culture instantly changes once we get people in there,” he said. “It’s going to bring the community a lot closer.”

The residence halls – roughly 41,000 and 42,000 square feet, respectively – are large enough to accommodate about 240 total beds. A total of 153 students live in the current fraternity and sorority housing – University Residence North (URN) and University Residence South (URS) – which is about 40% of capacity.

With the excitement level growing, Herbolsheimer and Miller both believe the new housing will be a popular choice for students.

“We’ll be living in a brand-new place. We won’t be living in the current pods where one of the chapter’s bathrooms recently flooded,” Herbolsheimer said.

“It’s definitely going to bolster recruitment,” Miller added. “Bringing people in to see everything that’s new, I think that will help tenfold. Right now we bring guys over to the house and you either have facilities working on something or something is just not right. That’s not the easiest way to recruit.”

The current fraternity and sorority housing was built in the early 1990s as a temporary and quick solution to issues within the Greek community, which was moved onto campus to provide a safe, education-centered environment for members. Those buildings have the highest annual maintenance and operating costs among UNK’s residence halls and continue to experience mechanical infrastructure issues. It would cost an estimated $37 million to make the repairs and improvements needed to keep them in use.

Instead, both buildings will be razed after the new housing is ready.

Funding for the replacement project comes from facilities reserves, nonrevolving funds and an internal lending program. By eliminating Louie’s Diner, a food court in URS, the university expects to save $250,000 to $350,000 in yearly food services expenses. Additional savings will be realized by sharing residence hall staff with nearby campus housing. 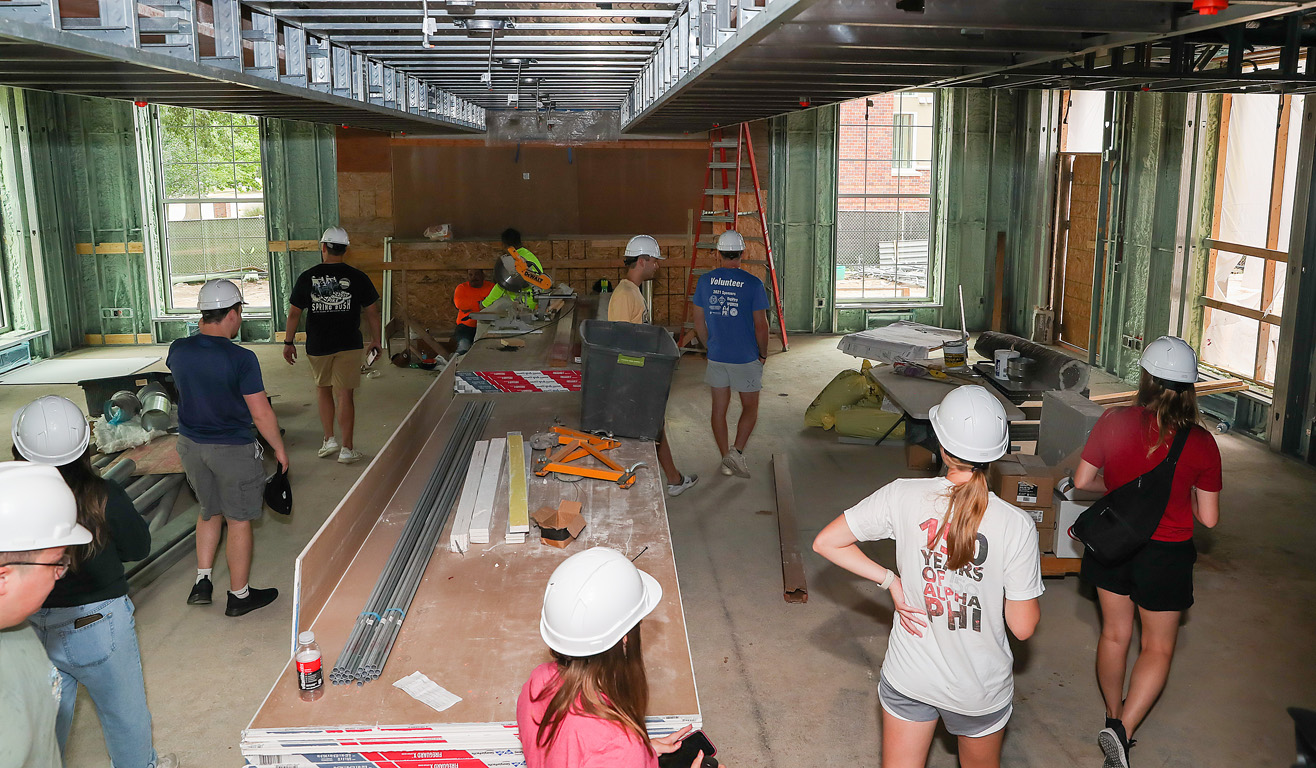