KEARNEY – Liana Jablonski is only a freshman, but she’s already making a name for herself in the advertising and design world.

The University of Nebraska at Kearney student recently gained national recognition for her work. 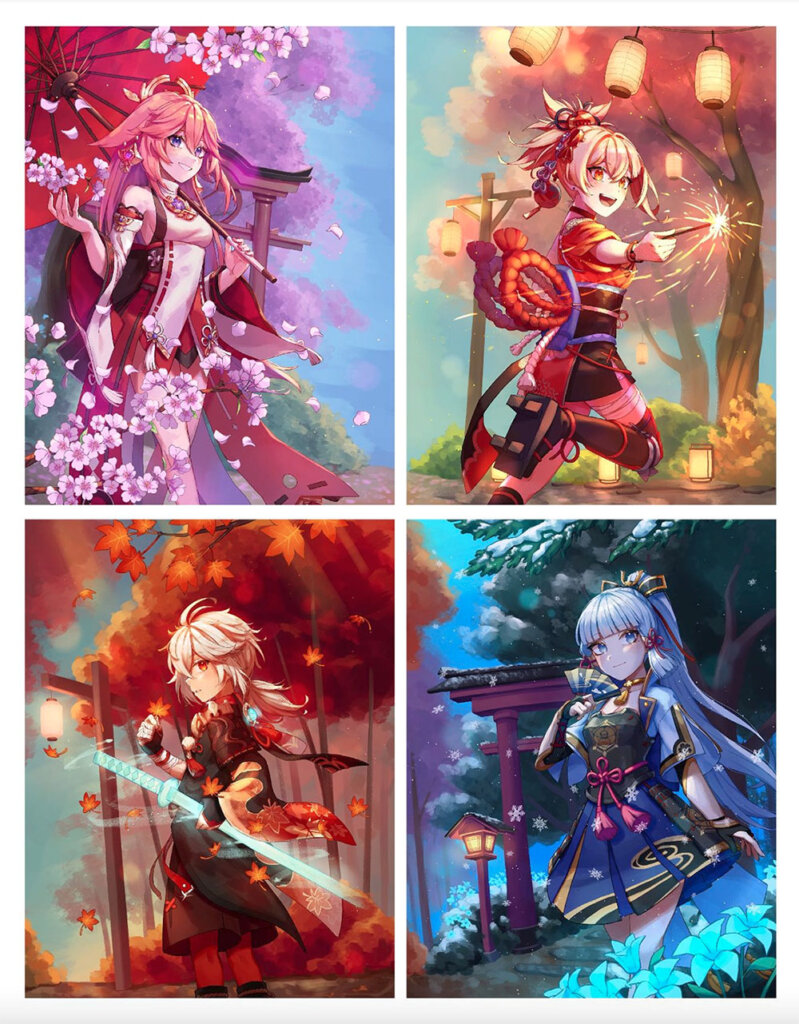 A studio art-drawing major from Ord, Jablonski competed against college students from across the country during the American Advertising Awards, also known as the ADDYs. Her submission, “Genshin Impact Season,” received a gold award in the elements of advertising category. Gold ADDYs recognize the “highest level of creative excellence.”

“Liana should be very proud of her accomplishment as she has achieved quite a bit with this award, likely even more than she realizes,” said Sam Rapien, an associate professor in the UNK Department of Art and Design. “I believe this is the first time a freshman within our department has garnered a national ADDY award.”

Conducted annually by the American Advertising Federation, the ADDYs are the advertising industry’s largest and most representative competition, attracting more than 25,000 entries each year. They’re open to students from accredited educational institutions, as well as professionals competing in a separate division.

Entries must advance through local and district contests to be considered for national awards, which were announced June 3 during the American Advertising Federation’s national conference in Nashville, Tennessee.

Jablonski created her work as a final project in Rapien’s color and design class. He asked students to produce four interrelated pieces that are connected by composition, subject matter, sequence, color scheme and/or concept.

Jablonski decided to use characters from the popular role-playing game Genshin Impact to explore her skills in digital art. Her illustration features the Japanese manga/anime style, along with elements of historic Japanese art, and the color scheme represents the four seasons.

It’s also “a subtle message that fan art can be art, too.”

“I don’t think this particular style of artwork is often embraced – let alone encouraged – within fine art or even design,” Rapien said. “However, Liana has shown that when a student is given the agency to produce the work she is most passionate about and encouraged and guided to make it as good as it can be, they are more likely to make something remarkable.”

The UNK faculty member called Jablonski an “incredibly talented and diligent student” with a bright future.

“Her attention to detail and digital illustration abilities are incredibly strong, remarkably so for a first-year student,” he said. “I look forward to seeing how she continues to develop her work to find her style.”

Students from the UNK Department of Art and Design earned seven awards – four gold and three silver – during the Nebraska ADDY competition and added two golds and two silvers at the district level.