KEARNEY – Why are you here?

It’s a question John Fronczak likes to ask students at the University of Nebraska at Kearney, where he’s taught art classes for 20 years.

Fronczak wants them to think about their passions, the joy art brings them and their professional goals. Hopefully, if they’re like him, the question is easy to answer.

“I know why I’m here,” Fronczak says, “to do something that continually fulfills me.”

A native of California, where he explored the foothills of the Santa Cruz Mountains as a young boy, Fronczak seemed destined to pursue a career in natural sciences early in life. He liked to collect butterflies, forcing his “long-suffering mother” to contend with large mayonnaise jars filled with the caterpillars he was raising.

He always had an interest in art, but it wasn’t his primary focus until high school. That’s when “everything just clicked.”

“I think one thing that was very helpful is that I had an extraordinarily good high school teacher who was a working artist,” Fronczak said. “He could describe things. He could put together good projects. And he could do them.”

The art studio became a sanctuary for Fronczak, who approaches every piece as a set of formal problems to solve.

“To this day, my studio continues as a place of purposeful research, resolution and fulfillment, with its attendant frustrations,” Fronczak said.

Art brings him a lot of joy, he added, “but there’s also a lot of hard work.”

A master of both realism and abstraction, Fronczak’s work, much like his career, goes in multiple directions.

After earning a bachelor’s degree in printmaking from California State University, Stanislaus and a master’s in painting from Miami University in Ohio, he taught classes at the University of Houston-Clear Lake from 1976-80.

“To be completely honest, I was sort of done with academia after that,” Fronczak said.

Or so he thought.

Fronczak spent the next two decades working as a professional artist, picture framer and gallery director/coordinator, with stints at The Brick Market Gallery in Newport, Rhode Island, and Lodan Fine Art and Framing outside Richmond, Virginia. For nine years, he focused exclusively on abstraction. Then, in 1989, at the suggestion of a gallery client, he ventured into realism once again by creating a painting of the James River, which flows through Richmond. It sold within two days.

Since then, both abstract and realistic painting have been part of his repertoire.

During the 1990s, Fronczak became a popular painter in the Richmond area, represented by two commercial galleries and an independent agent. Throughout this period, his artwork was sold to more than 35 private and public collections. 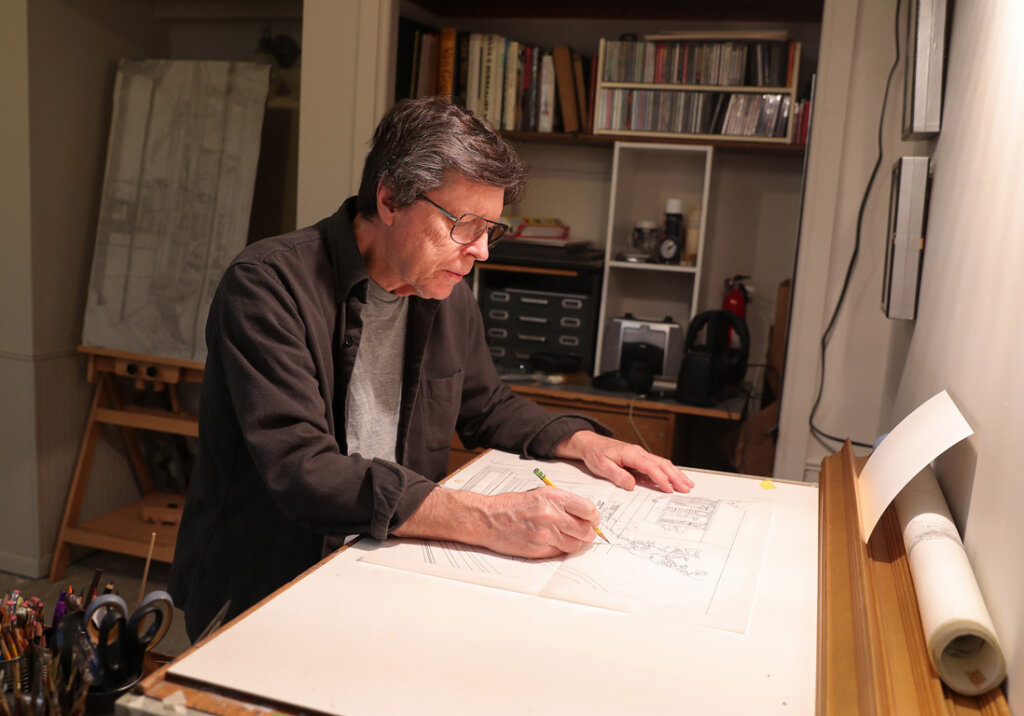 Knowing people are willing to pay for your paintings is tremendously satisfying, he said, but that’s not always the goal.

Two of his favorite pieces were on display last month during an exhibit at UNK’s Walker Art Gallery, and neither is for sale. One oil painting is a picturesque landscape of the view from Horsetooth Mountain near Fort Collins, Colorado, where his oldest son Nathan lives, and the other is a sentimental image of the first house he and wife Janice purchased after moving to Kearney in 2001. Their youngest son Gabriel, now a La Vista resident, grew up in that home.

The Fronczaks relocated to Nebraska when Janice accepted a position with UNK, where she’s a professor in the theater program. He started teaching at UNK as an adjunct instructor in fall 2001 before transitioning to full-time lecturer status in 2006.

“After 20 years being in a different world and then reentering the academic world, I had to relearn a lot of things,” Fronczak said.

But he enjoyed the challenge of developing and improving courses, as well as seeing his students’ success.

“That still stands out as some of the most rewarding times for me,” said Fronczak, who’s taught classes ranging from entry-level drawing and art appreciation to online seminar courses for graduate students pursuing a Master of Education degree. He also served as director of the Walker Art Gallery from 2006 to 2021 and preparator for the Museum of Nebraska Art from 2002 to 2006.

Fronczak retired from his senior lecturer position at the end of the fall semester, but he’ll continue to teach classes at UNK as a part-time adjunct instructor. The change allows him to devote more time to his family, including five grandchildren, and his art practice.

“I’ve always got projects, always got paintings to work on. I’m going to be busy until I can’t move anymore,” Fronczak said with a smile. 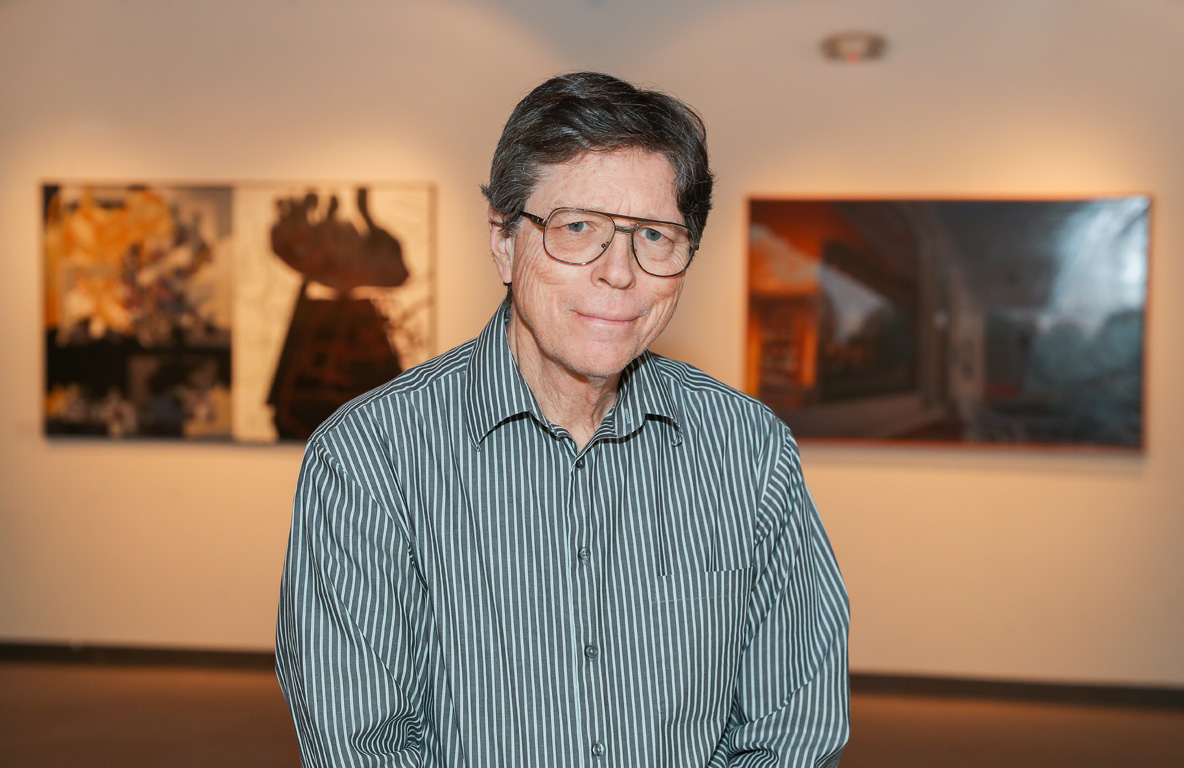