LINCOLN – Noah Limbach hasn’t even started professional school yet, but he already knows where he wants to work.

The University of Nebraska at Kearney senior plans to return to the area after completing the physical therapy doctoral program at Mayo Clinic in Minnesota.

“I keep telling people, if I could sign a contract right now to come back to Kearney, I would. I definitely want to come back here,” he said.

That’s how big of an impact UNK and his hometown have had on his life.

“It’s been tremendous. I could write a book on it.”

People from across the University of Nebraska System shared similar stories Wednesday during “I Love NU” Day, an annual event that brought about 150 students, staff, faculty, alumni and other supporters to the state Capitol in Lincoln. In its fifth year, “I Love NU” Day is an opportunity to promote the NU System and its importance to the state.

“We are so fortunate to be in a state that has a university system that makes such a difference,” NU System President Ted Carter said during the kickoff ceremony. “There is no aspect of Nebraska life – not one single thing that’s done in this state – that is not touched by the University of Nebraska.”

The teaching, research and outreach activities of the University of Nebraska grow the state’s economy by $5.8 billion every year, according to an independent analysis unveiled last month, reaching all 93 counties and returning $9 for every $1 the state invests.

“It’s proven that if you put money into the university, you’re going to get it back almost tenfold,” said Limbach, who serves as UNK’s student body president and student regent. “And that number is going to continue to increase.”

That fact isn’t lost on lawmakers. 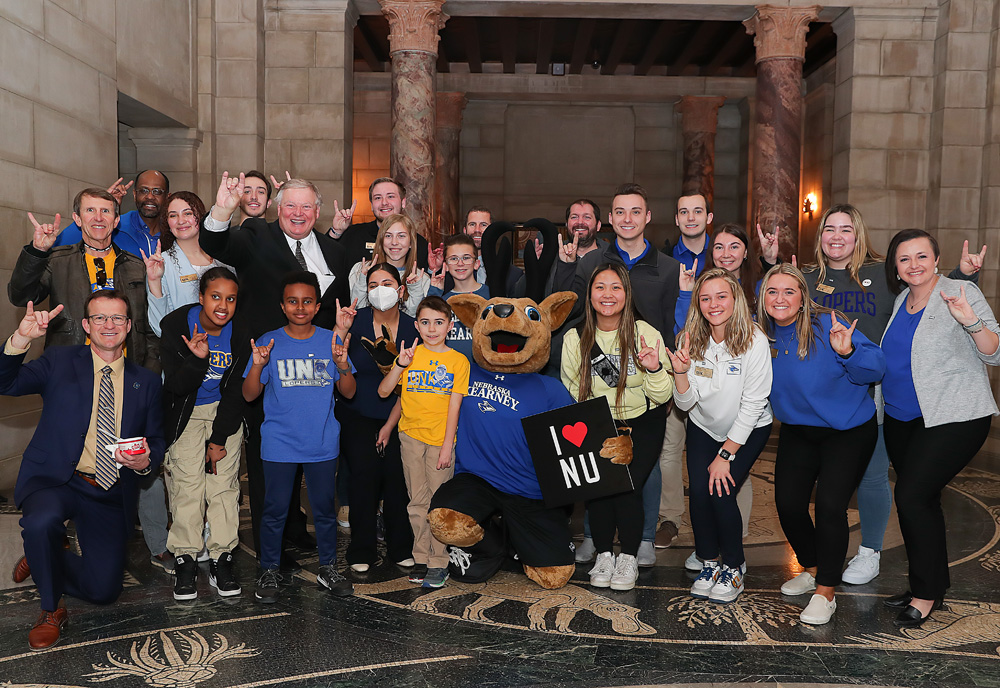 State Sens. John Stinner of Gering and Jen Day of Gretna both spoke in support of the university during Wednesday’s event. Stinner, chairman of the Appropriations Committee, emphasized the need to provide funding to keep tuition rates low and establish initiatives that address statewide shortages in STEM, health care and other high-skill, high-demand, high-wage jobs.

“We want affordability and access to higher education,” said Stinner, who holds bachelor’s and master’s degrees from the University of Nebraska.

With support from the Legislature, the NU System has taken a number of steps to expand access and affordability, including freezing tuition rates through 2022-23 and providing Nebraska Career Scholarships to in-state students pursuing undergraduate degrees in computer science, cybersecurity, health care, information technology and other high-need areas. Additionally, a recently announced expansion of the Nebraska Promise program allows qualified Nebraska students with family incomes of $65,000 or less to attend any of the four NU campuses tuition-free beginning this fall.

An advocate for public education, Day attended the University of Nebraska at Omaha as a single mother and earned a bachelor’s degree in political science. 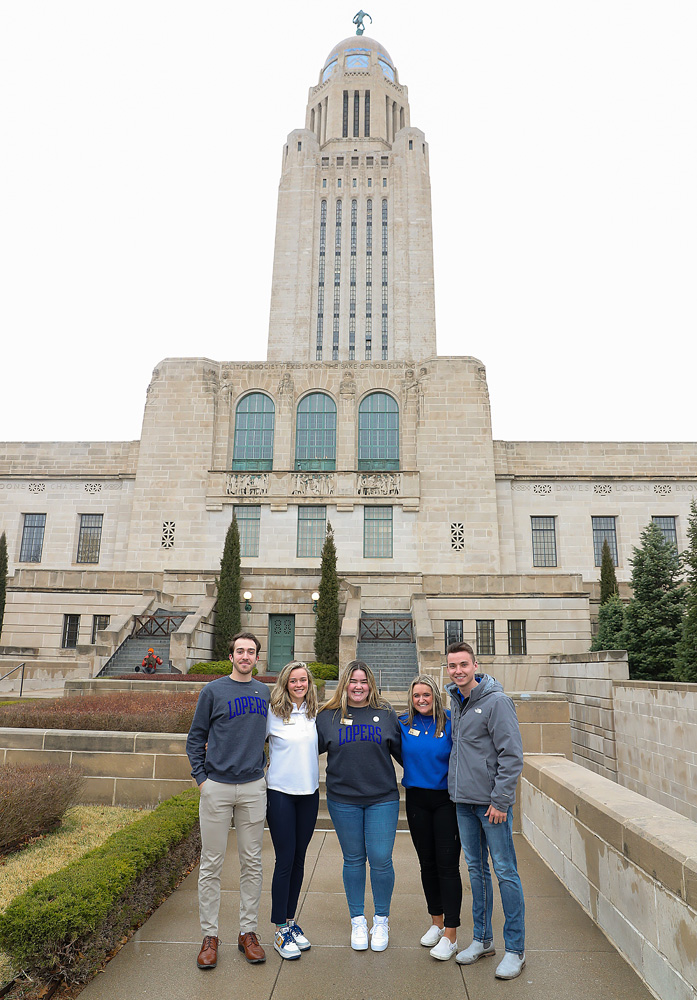 “Without accessible, quality education, I wouldn’t be here today,” she said.

The first-term senator is a member of the Education Committee, which introduced a resolution last week aimed at increasing the number of Nebraskans with postsecondary education. Currently, about 58% of residents ages 25 to 34 have a degree, certificate, diploma or other postsecondary or industry credentials with economic value in the workforce, according to the legislation. The resolution proposes a statewide goal of at least 70% by 2030.

“The reason that matters is because the jobs of the future are going to require that type of education,” Carter said.

That’s also why the voices of current NU students are more important than ever.

In addition to the formal program, students had a chance to meet one-on-one with state senators during “I Love NU” Day.

UNK junior Emily Saadi of Kearney viewed the event as an opportunity for students to work together to ensure everyone who attends the University of Nebraska “gets the best experience they can.”

“There are so many opportunities and doors that can be opened for students by senators and by legislation that’s being discussed in the Capitol right now, so it’s important for them to hear student voices and really understand how these decisions are going to impact us,” said Saadi, who was recently elected student body president and student regent for 2022-23.

Although she’s a pre-law student, Saadi was promoting the proposed Nebraska Rural Health Education Building, a project that would expand the existing University of Nebraska Medical Center programs offered at UNK and bring new options to campus. The University of Nebraska is requesting $60 million in federal American Rescue Plan funds to help pay for the $85 million building, as well as assistance with operational expenses.

“These types of investments are crucial for us to be able to keep progressing and keep supplying students with those educational opportunities,” Saadi said. 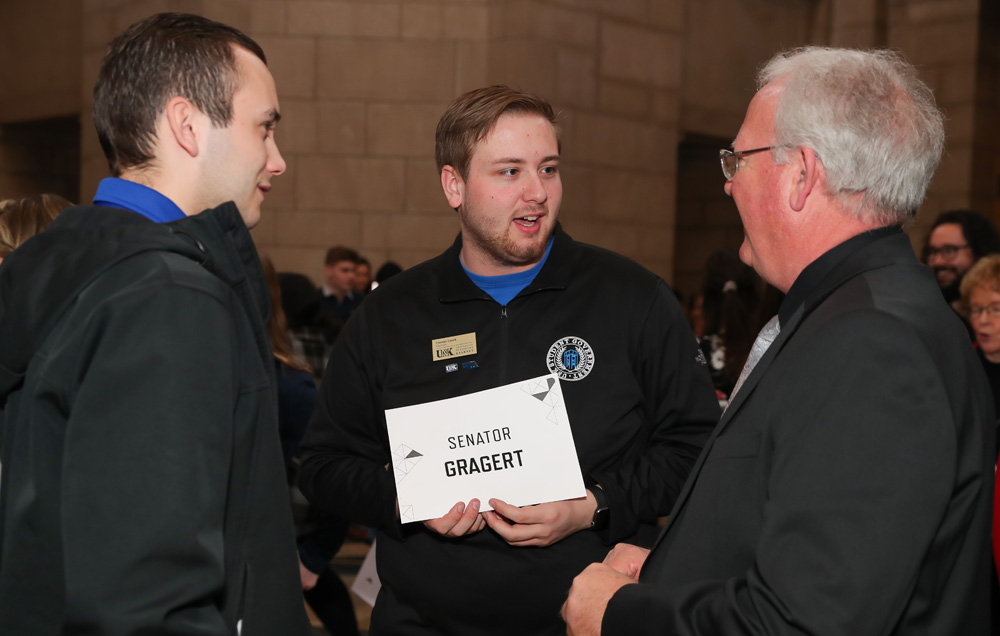 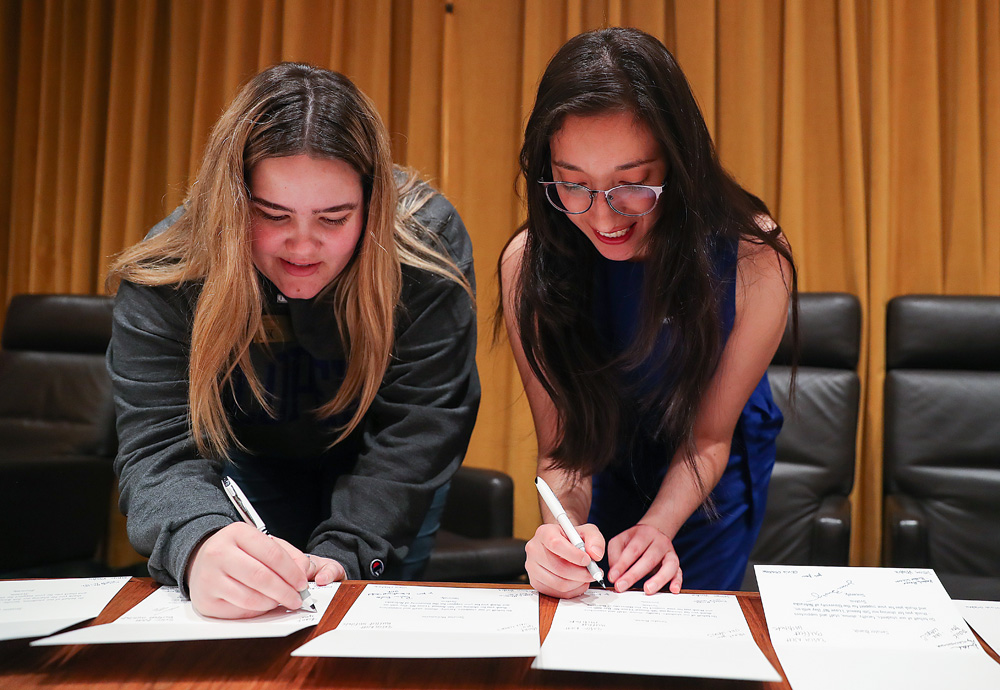 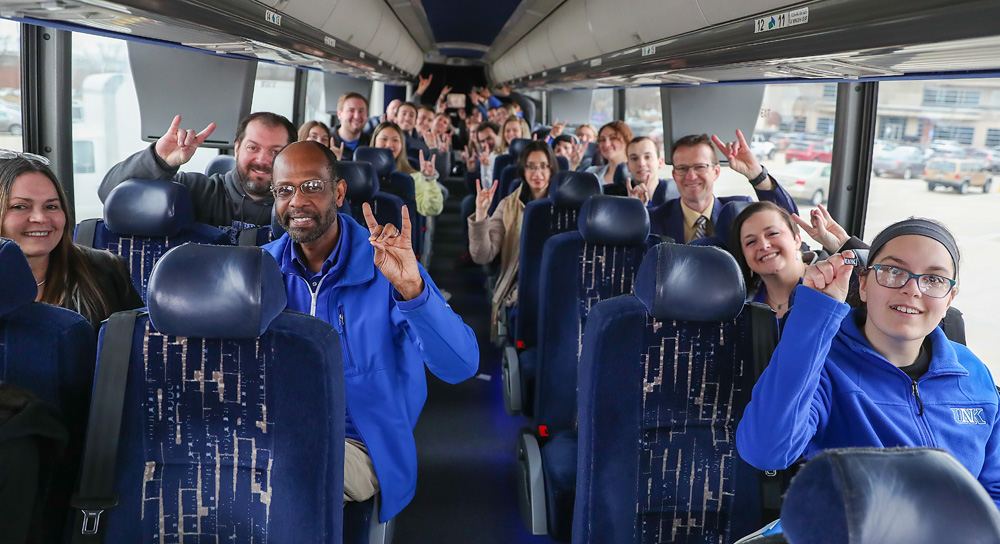 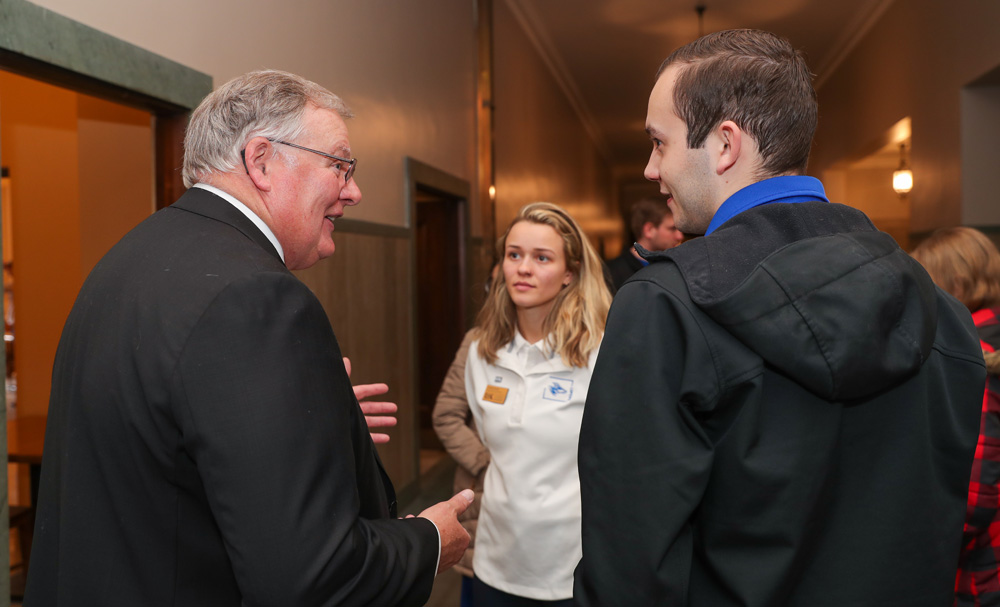 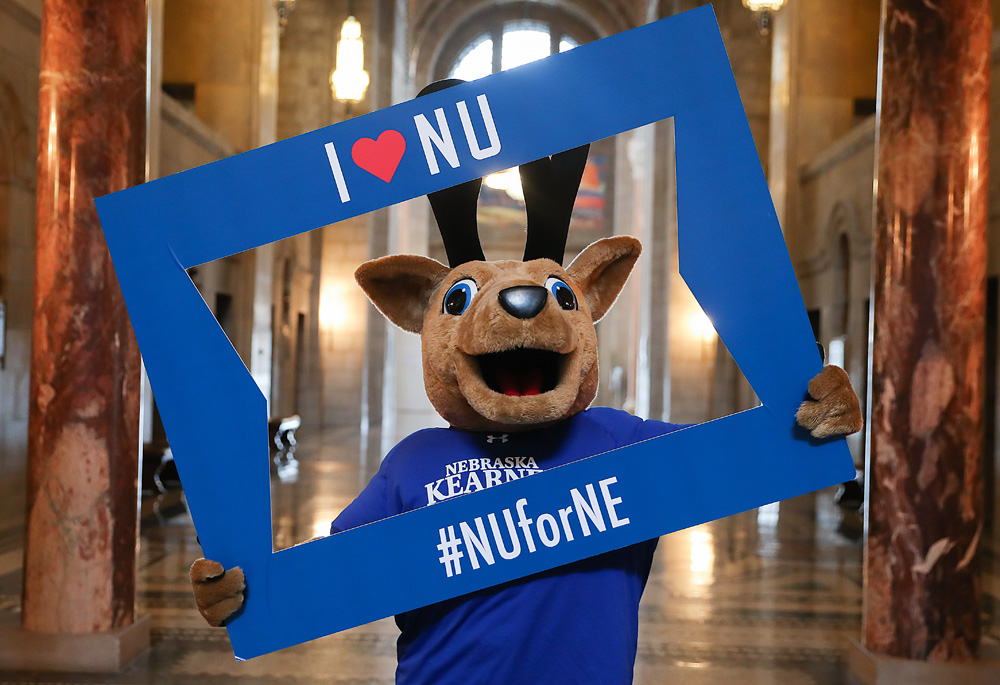 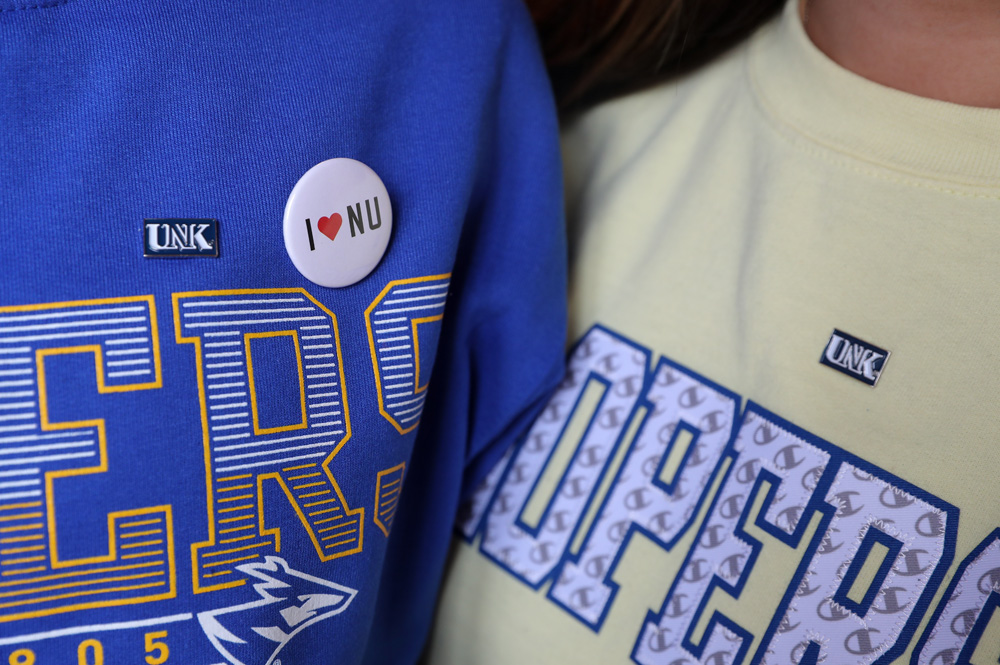 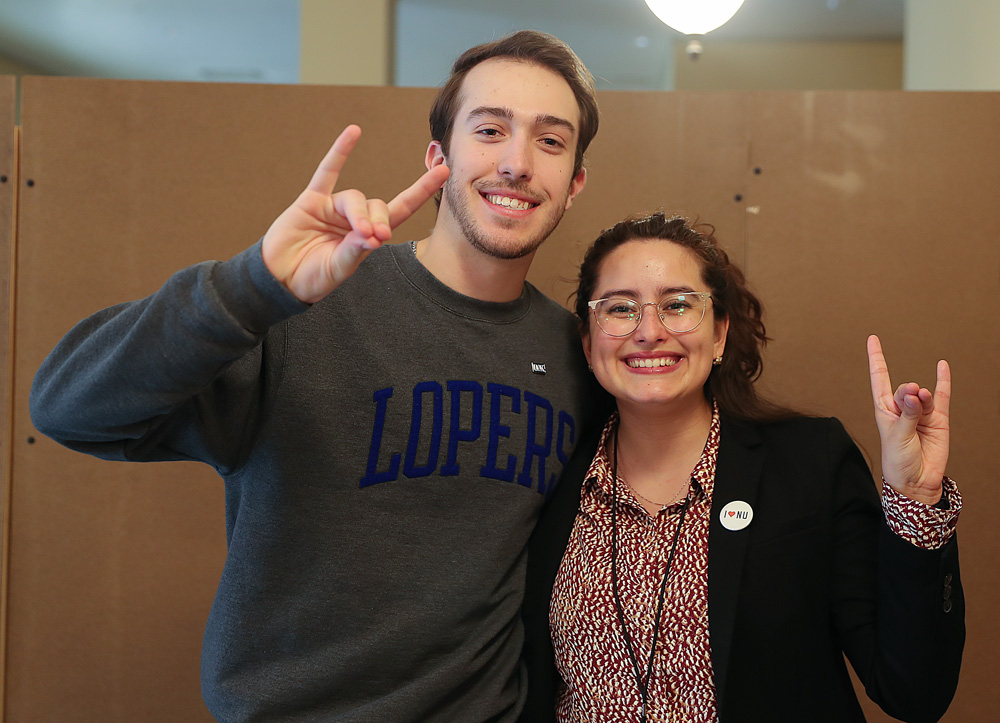 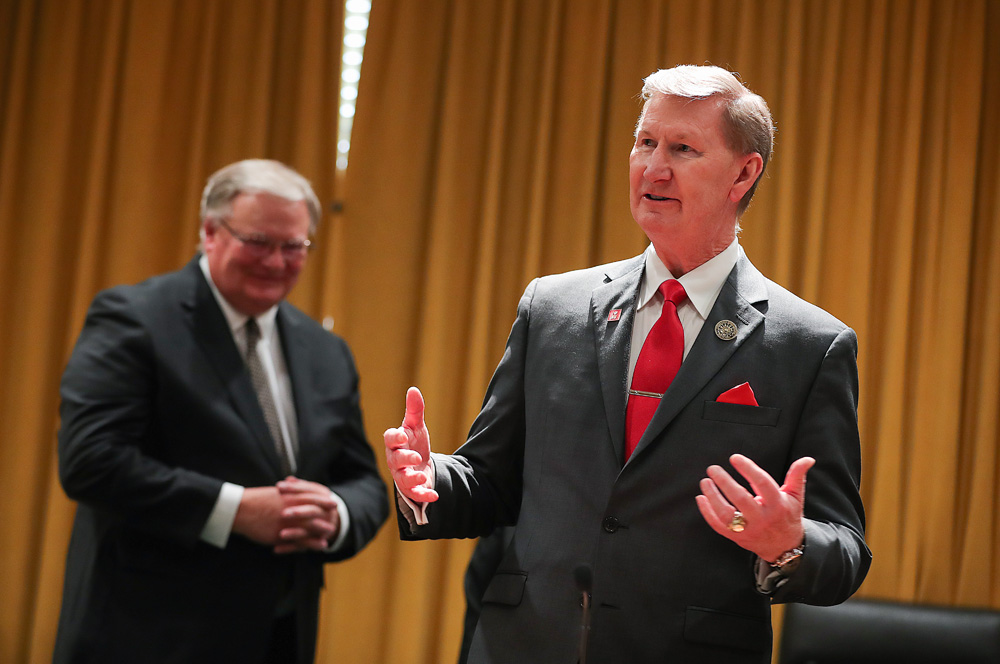