You are here: Home / College of Education / UNK Volleyball Club gives members a chance to ‘play at the next level’
Post Views: 1,180

KEARNEY – Volleyball has always been a popular sport at the University of Nebraska at Kearney.

One of the most successful programs in NCAA Division II, the Loper women are among the nation’s leaders in attendance each year.

Now, there’s another team looking to make its mark on campus.

The UNK Volleyball Club formed earlier this semester, giving men a chance to compete at the collegiate level.

A recognized organization under UNK Student Engagement, the group is currently comprised of about 12 members, including faculty adviser Todd Bartee, who played club volleyball at the University of Nebraska-Lincoln.

“Volleyball is a growing sport and a growing interest area among young men. The club team is a great opportunity for our students to represent UNK in a game they love,” said Bartee, a professor in the Department of Kinesiology and Sport Sciences.

Men’s volleyball follows the same rules as the women’s game, except the net is slightly higher.

Manny Harmon, a junior from Fremont, enjoys every aspect of the sport, from the technique to the teamwork. He started playing with a group of friends at UNK and “kind of got addicted to it.”

“They really took the time to make me a better player,” he said.

The exercise science major started the UNK Volleyball Club so more Lopers can get involved beyond intramurals.

“I want to create a competitive environment for men’s volleyball here at UNK and I want to give other students an opportunity to play more seriously,” said Harmon, the club’s president. “We want to play against other Division I and Division II schools.” 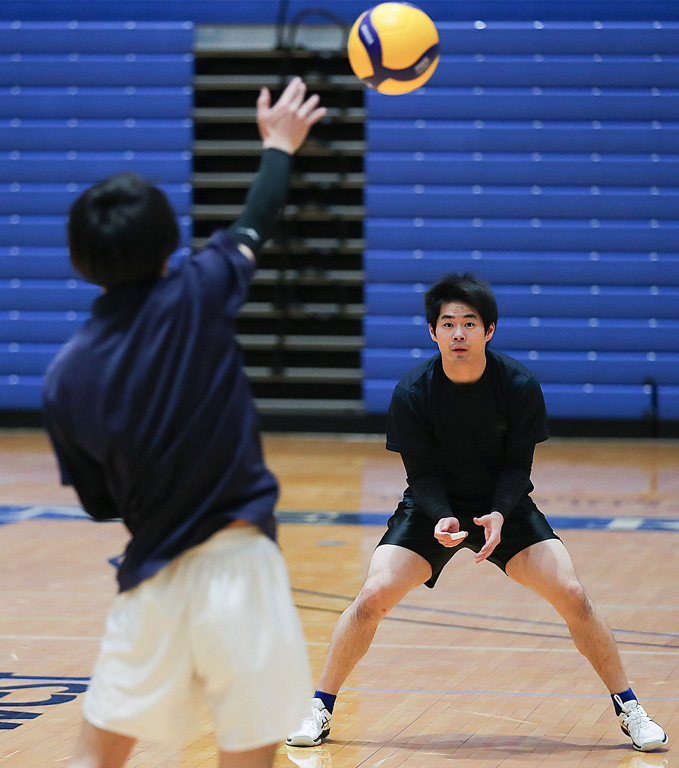 That being said, the organization is open to students of all skill levels, with members meeting twice a week to practice in the Cushing Fieldhouse or HPER Gym. Their first match is Saturday against the Wayne State College club team, and Harmon hopes to schedule at least one more contest this spring.

“It’s kind of like a dream come true for me because I always wondered if I would ever get a chance to play at the next level,” Harmon said. “And now we can.”

The right-side hitter expects to have more matches and tournaments lined up in the fall, allowing the Lopers to compete against club teams from colleges and universities across Nebraska and surrounding states. He’s also working on a fundraising plan, since members currently pay for their own jerseys, travel and other expenses.

“I hope we can get some events here on campus so people can come watch. That’d be great,” Harmon said. “I want to get that exposure.”

Bartee has an even bigger vision for the organization, which isn’t affiliated with UNK Athletics.

When he was at UNL, the club team played a couple matches immediately after the Husker women, giving fans a chance to stick around and check out the men’s game.

“How cool would that be? When the Loper women get done playing, the men’s team gets to go out. I can see that as a long-term outcome that would be pretty cool, because it was pretty cool to me when I was in college,” Bartee said.

For more information on the UNK Volleyball Club, email unkmensvb@gmail.com.