KEARNEY – A Hollywood screenwriter couldn’t have scripted it any better.

Saturday’s wrestling dual between the University of Nebraska at Kearney, ranked No. 5 in NCAA Division II, and Grand View University, the top-ranked team in NAIA, came down to the final match.

With the visiting Vikings ahead 19-15, it was time for a showdown years in the making. Twin brothers Josh and Justin Portillo, who hadn’t faced each other in a competition since middle school, were going to decide the outcome between these college wrestling powerhouses.

“We’ve always talked about who would win a dual between these two teams. It’s kind of been a dream of ours since our freshman year to make this happen and get these two really good teams together,” said Josh, a sixth-year senior at UNK.

Reality didn’t disappoint. It took overtime to determine who the best wrestler in the Portillo family is.

“We knew going into this one that it would be close and we would just go as hard as we could and see what happens,” said Josh, who’s ranked sixth in Division II at 125 pounds. His brother Justin is second at the NAIA level.

With their match tied 10-10 after regulation, neither wrestler wasted any time in the extra period. They both shot at the same time, but it was Josh who secured the takedown 23 seconds into overtime, earning a two-point sudden victory and ultimate bragging rights.

“It means a lot because I know he’s a very good opponent,” Josh said. “He’s accomplished a lot. It’s nice to beat somebody as good as him.”

Justin also had something to celebrate Saturday as the Vikings edged the Lopers 19-18 to win their 112th consecutive dual.

“I think the atmosphere was fantastic. It was a back-and-forth, crazy dual, just like we expected,” said Justin, who suggested a future rematch with his brother, “just not in a public setting.”

There were only a few people inside the Health and Sports Center who didn’t enjoy the drama. One of them was Gino Portillo, who stood silently by himself as the final match unfolded.

The Clarion, Iowa, resident travels across the country to support his boys during their wrestling events.

“I just want them to go out there, wrestle tough and do what they love to do,” he said.

But he also knows how competitive they can be.

“They’re pretty calm in demeanor, but when they’re together they talk a lot of trash.”

It’s been that way for a long time. 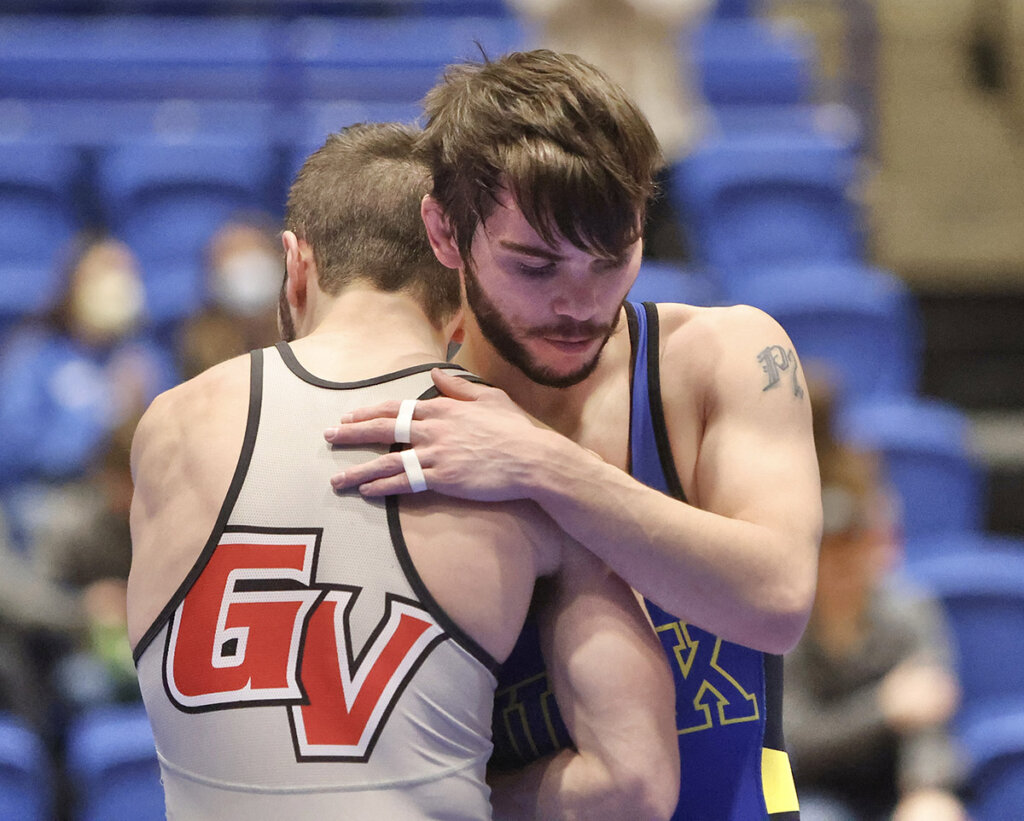 The last time they wrestled – at that middle school tournament in north-central Iowa – the brothers agreed to not embarrass each other since a girl Justin liked was in the gym that day. Everything was going according to plan until late in the third period, when Josh tossed Justin to his back. Josh won the match, and Justin never talked to the girl.

“It was definitely intense growing up,” Josh said. “With that sibling rivalry, we don’t want the other one to outdo us. That makes it really competitive, especially in a sport as physical as wrestling.”

Although they got into their fair share of fights throughout high school, they also motivated each other. Josh won three state titles at Clarion-Goldfield-Dows and Justin won two.

After graduating in 2016, they both spent a redshirt season at Division I South Dakota State University before transferring to their current schools.

“Splitting up is one of the best things that happened for us,” Josh said. “It helps us appreciate each other a lot more.”

Josh is a three-time Division II All-American, including a national runner-up finish in 2019. The Lopers placed third at the national duals tournament earlier this month and were second at last year’s Division II championships. Justin has earned NAIA All-American honors four times, including a national runner-up finish in 2020. Grand View has won 10 straight national duals tournaments and nine of the past 10 NAIA championships.

Before they graduate next fall, the Portillo brothers both hope to add individual and team championships to their list of accolades.

“The storybook ending would be four national titles, and I really do believe it’s possible,” Josh said. “I just think that’d be a beautiful ending to this whole thing.” 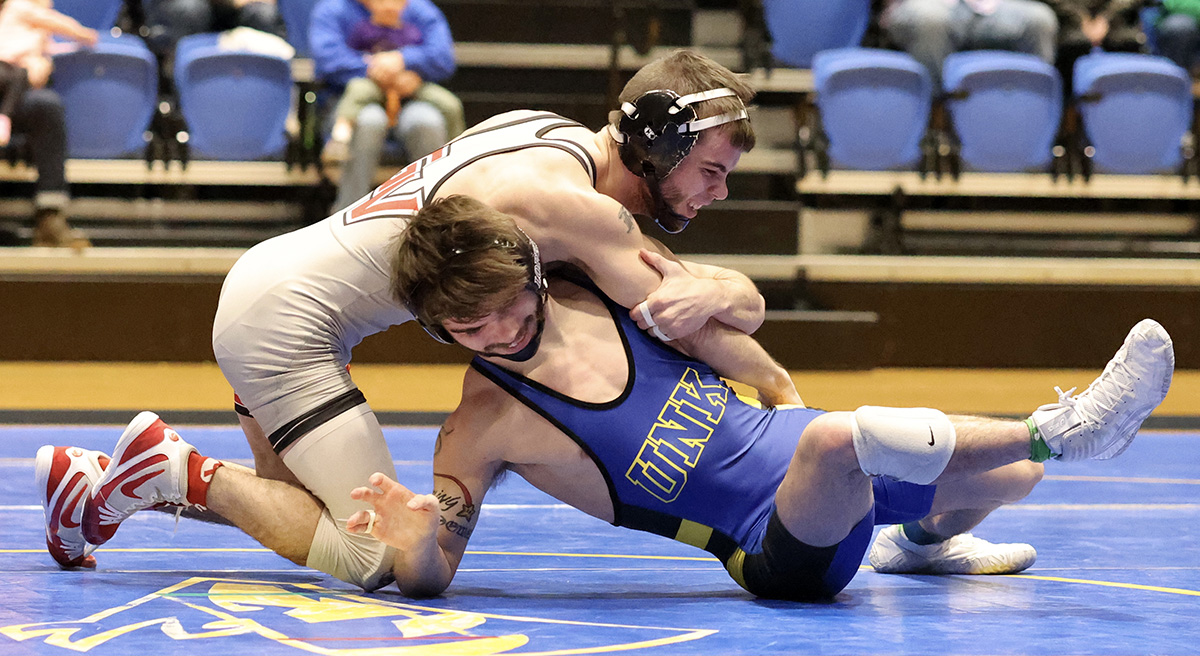