“I feel everything,” he said with a smile.

It takes years of hard work and determination to complete a college degree, making the final moment that much more satisfying.

For Ceballos, graduating from the University of Nebraska at Kearney was a monumental achievement.

“It’s very big,” he said. “My parents brought me to this country when I was like 9 months old, and they always had this goal for me. They’ve talked about it since I was a little kid. So, to be here in this moment is kind of surreal.”

Born in Mexico and raised in Grand Island, Ceballos became the first member of his immediate family to graduate from a four-year college or university. And he did so without accumulating any debt, thanks to scholarships from the Susan Thompson Buffett and Peter Kiewit foundations.

His parents, younger brothers and girlfriend – the group holding up big cardboard cutouts of Ceballos’ face – were there to cheer him on as he walked across the stage inside the Health and Sports Center to receive bachelor’s degrees in modern languages education and English as a second language.

A Central Community College transfer, Ceballos used the word “fabulous” to describe his time at UNK, where he was active with the Office of Student Diversity and Inclusion, Hispanic Student Association, Social Justice League and Thompson Scholars Learning Community.

He only has one regret.

“I wish I would have come to UNK first,” Ceballos said. “I’ve met a lot of great people, had great experiences and received great support from my teachers. You really feel like everybody kind of unites here.”

Now it’s his turn to help students achieve their educational dreams. Ceballos plans to substitute teach for the remainder of the school year, then he’ll look for a full-time position as a Spanish or ESL teacher.

UNK awarded degrees to 387 graduate and undergraduate students during Friday’s winter commencement ceremony. Some of these students know campus like the back of their hand, and others were there for the first time.

Gracie Bullock earned a bachelor’s degree in social work without taking a single in-person class at UNK. In fact, she had never even been to Kearney before.

A Neligh native now living in Norfolk, she made the 150-mile drive so she could close her college career in a memorable way.

“It never really felt real, that I was graduating, until I actually got here,” she said. “This actually makes it feel real.”

Although she chose the online option, Bullock was still able to develop close connections with her classmates and professors, and she was excited to meet them face to face for the first time.

“I thought it was really important to actually come and walk and meet all of my other virtual classmates,” she said.

Bullock, who transferred to UNK from Northeast Community College, called her graduation a “huge accomplishment.” Like Ceballos, she’s the first member of her family to earn a four-year degree.

Several family members made the trip to Kearney to join the celebration, including her mother Natalie Evans, who’s been looking forward to this day for more than 20 years.

“I’ve prayed for it ever since she was born,” Evans said with a laugh. “I’m very, very proud and very excited.”

Bullock is equally excited to take the next step in her career. She completed her practicum at Faith Regional Health Services in Norfolk and accepted a full-time position there about two months ago.

“I’m not nervous at all because this program prepared me so well,” she said. 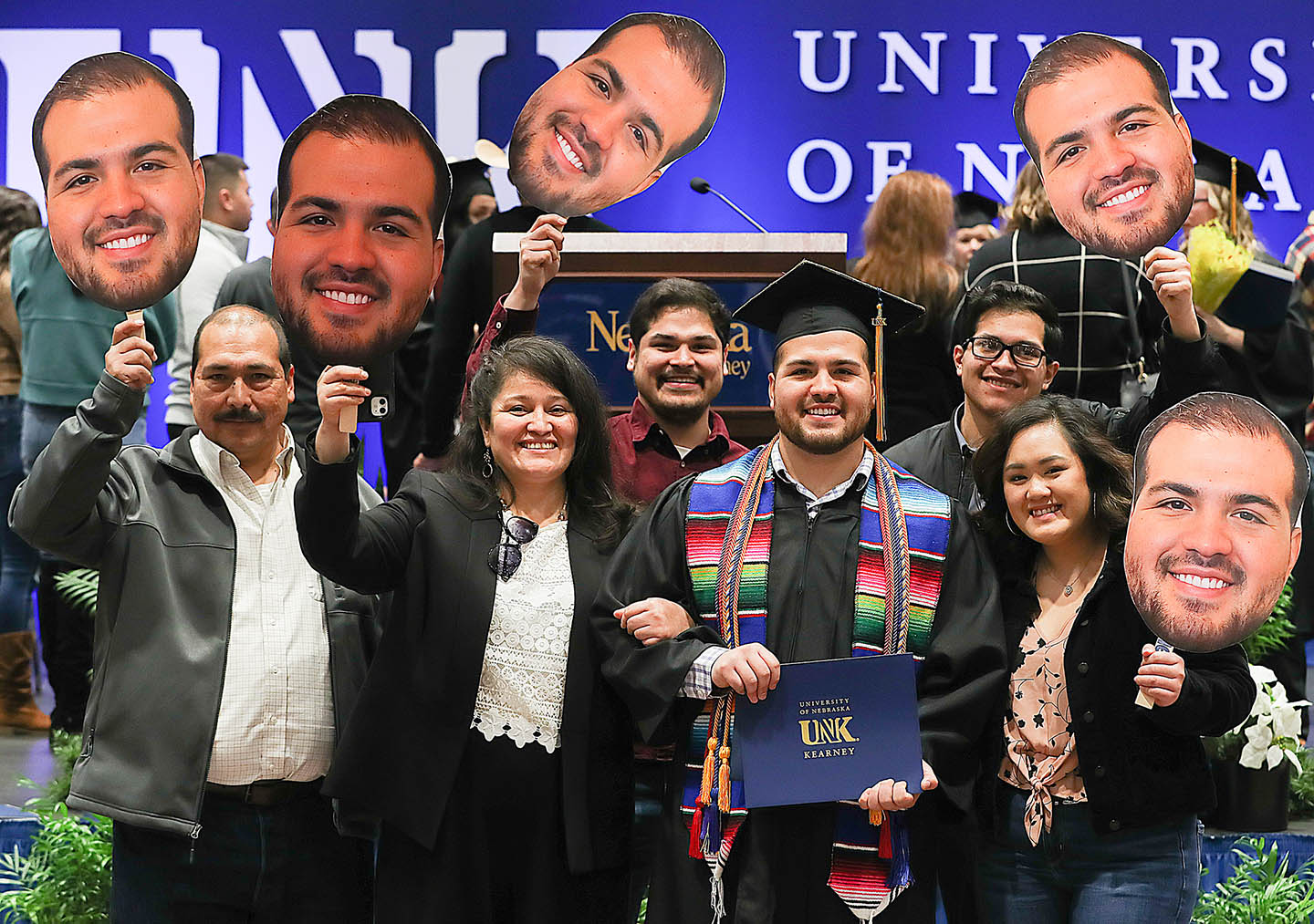 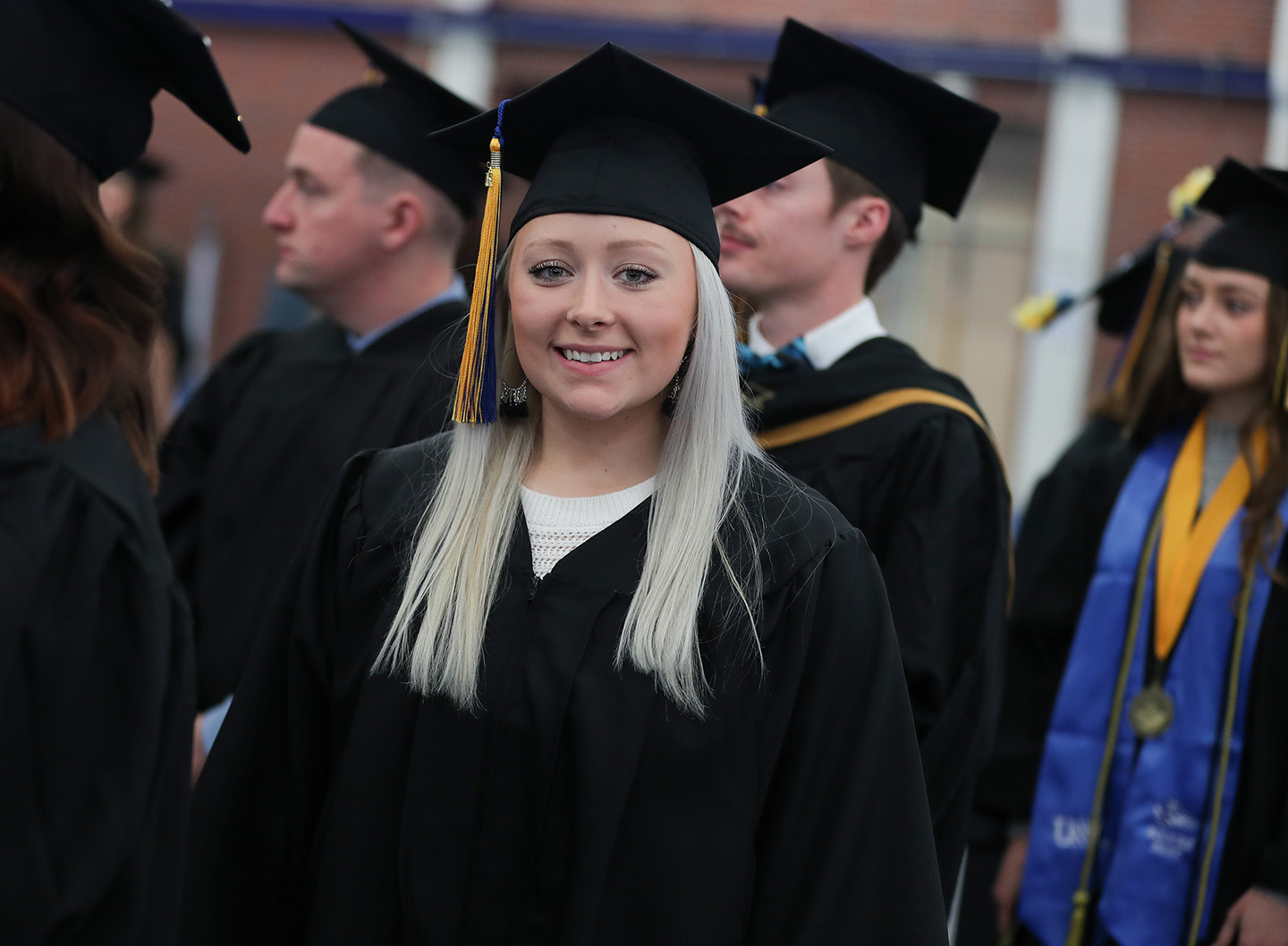