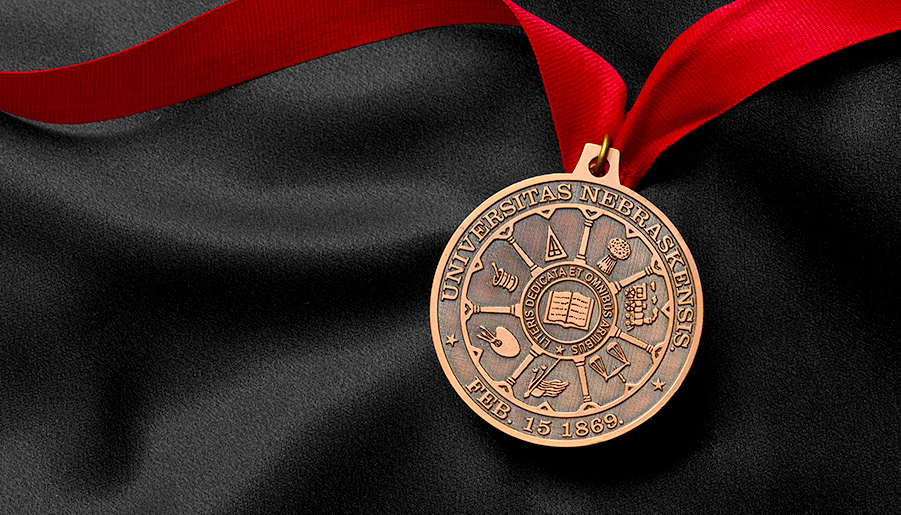 University of Nebraska System President Ted Carter is inviting nominations for this year’s Presidential Medal of Service, an annual award that celebrates Nebraskans’ promotion of the impact the university and higher education have on the state’s economic and social well-being.

The medal is the highest honor the university president can bestow on a community member. Members of the university community and all Nebraskans are invited to submit nominations by filling out an online form available here. Nominations are due Oct. 23. Carter will select a winner to be honored at an event in December.

Nominees should be Nebraskans who have made significant contributions in supporting a strong University of Nebraska and promoting the role that higher education plays in growing the state. For example, nominees may have testified to policymakers on behalf of the university, led a letter-writing campaign, spoken at a public meeting on an issue important to the university, or hosted an event to raise community awareness of the university’s impact.

“The University of Nebraska’s highest priority is providing affordable, accessible education that transforms students’ lives and grows our state,” Carter said. “So many Nebraskans work together to make that happen, and this award is an annual opportunity for us to publicly say thank-you for their support and advocacy for our 51,000 students.”