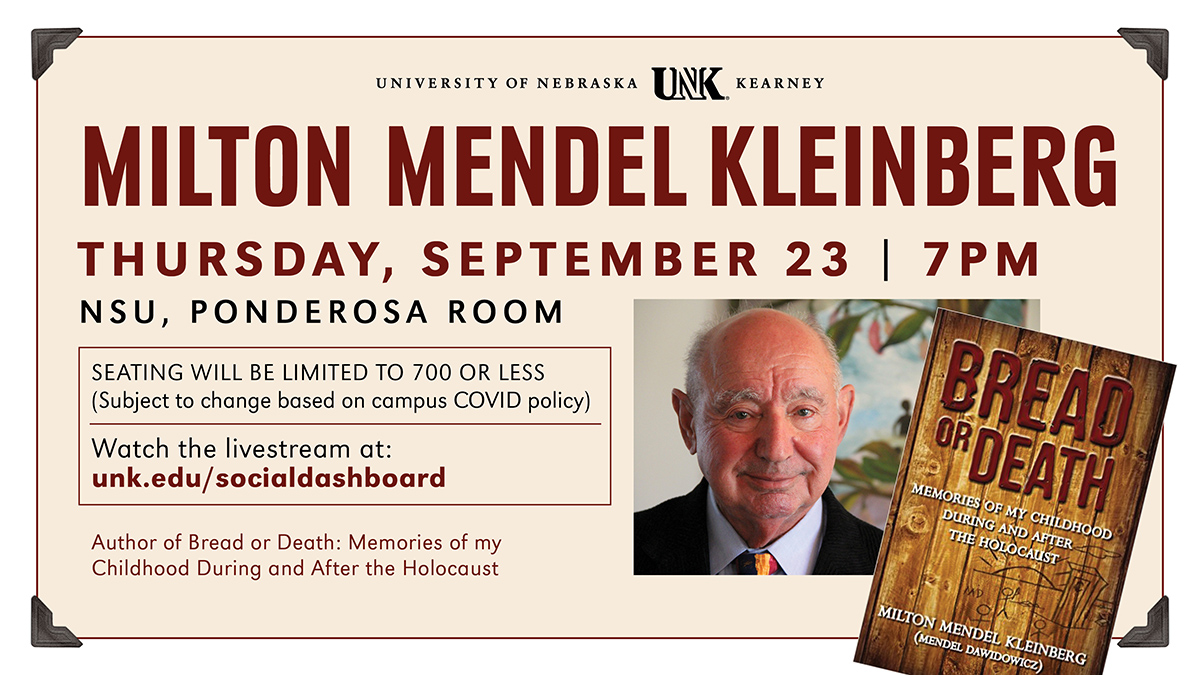 KEARNEY – Holocaust survivor Milton M. Kleinberg will share his remarkable story 7 p.m. Sept. 23 at the University of Nebraska at Kearney.

The author of “Bread or Death: Memories of My Childhood During and After the Holocaust” will speak in the Ponderosa Room inside UNK’s Nebraskan Student Union. The event, which is free and open to the public, will also be livestreamed at unk.edu/socialdashboard.

Born a Jew in Poland, Kleinberg faced horrific circumstances as a child. Through great sacrifices by his mother, he managed to survive the worst atrocities in human history following the Nazi invasion of Poland in 1939. He faced uncertain days in a Russian slave-labor camp and lived in a displaced persons camp before immigrating to the United States after World War II.

Despite the conditions Kleinberg endured, he not only survived, but has prospered.

Kleinberg started his insurance career in the 1960s as a field agent in Milwaukee and went on to serve as chairman and CEO of Senior Market Sales, an Omaha-based insurance marketing organization with more than 320 employees and 70,000 independent agents under contract.

Now executive vice president and chairman emeritus at Senior Market Sales, Kleinberg speaks about his Holocaust experience at schools, synagogues and libraries and for the Institute for Holocaust Education. He is dedicated to carrying on the memory of the Holocaust so future generations can better understand what happened and ensure it never happens again.