Conrad Hall is officially a memory.

The former residence hall was razed over the past two weeks, clearing the way for an enhanced green space that extends the Nebraskan Student Union plaza. The outdoor area will serve the new fraternity and sorority housing scheduled to open in late 2022 or early 2023, as well as other students on campus.

Located south of the student union on the east side of campus, Conrad Hall was completed in 1957, when it was known as North Hall. The residence hall was renamed in fall 1963 to honor Jennie M. Conrad, a Nebraska State Normal School at Kearney graduate who taught history and social science at her alma mater (known then as the Nebraska State Teachers College at Kearney) until her retirement in 1961.

Conrad Hall served as a women’s, men’s and coed residence hall over the years. It was taken offline as a residence hall in spring 2014 because of accessibility issues and costs associated with renovating the building to meet local and state codes. The building also housed Honors Program and Residence Life staff.

UNK is removing four vacant buildings this spring and summer as part of its campus master plan. The former Luke & Jake’s Bar-B-Q restaurant and east heating plant were already removed and the Otto C. Olsen building will be torn down in July.

The project contractor, Blessing Construction of Kearney, is recycling many of the materials from all four buildings during the demolition process. 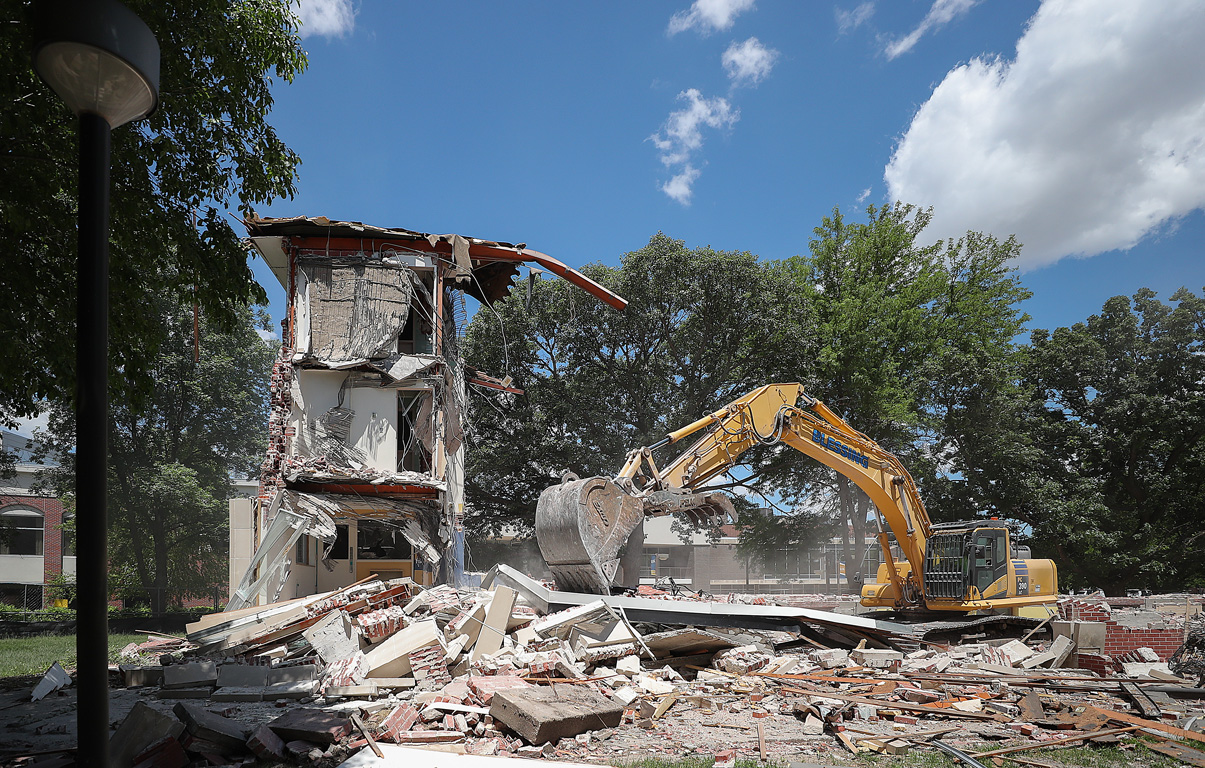 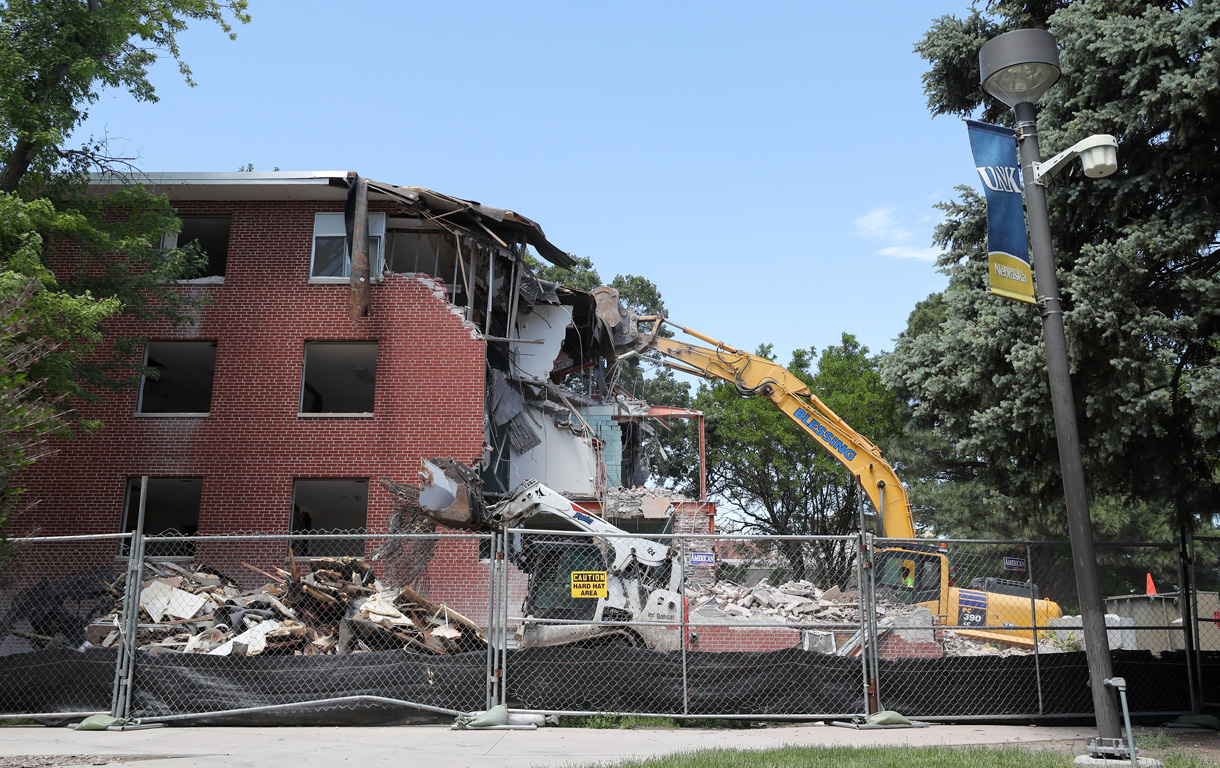 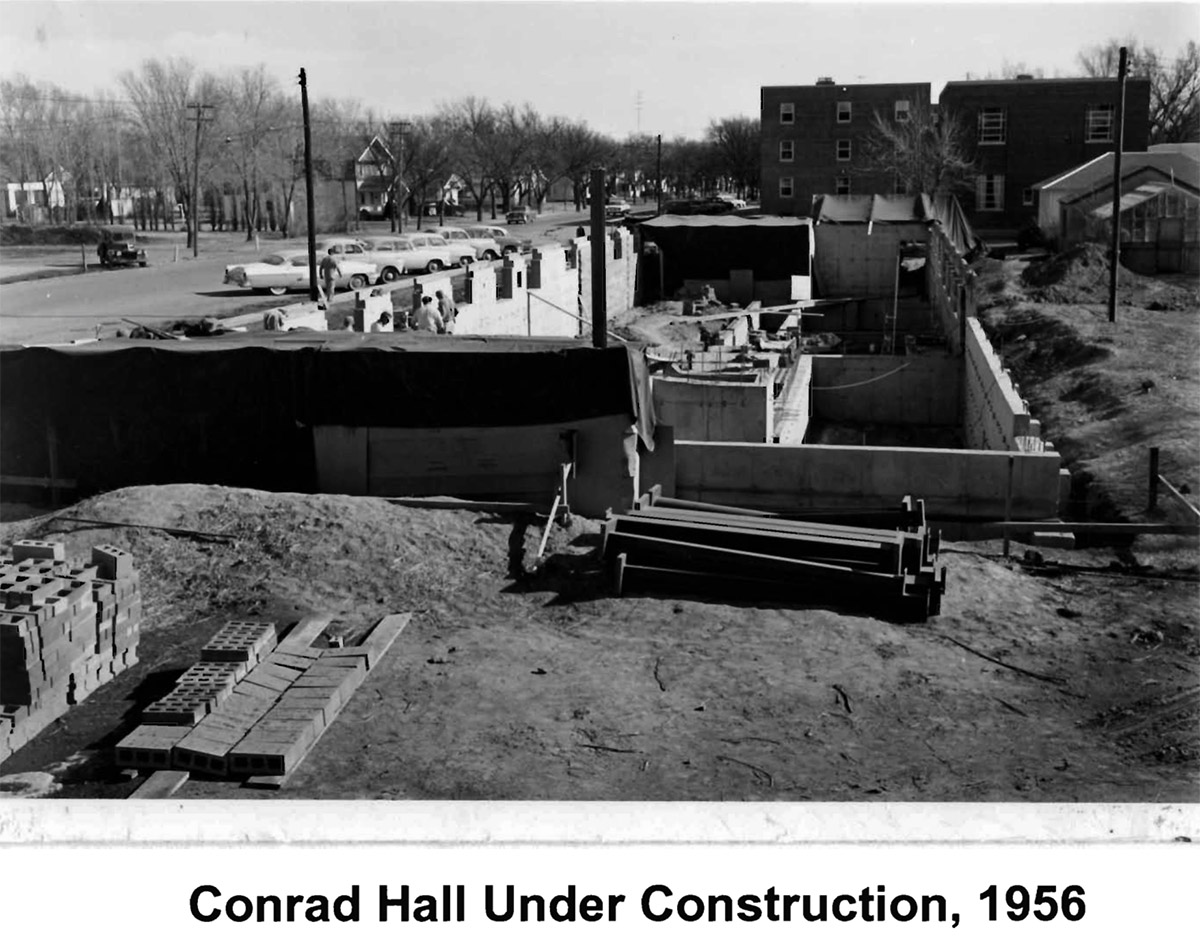 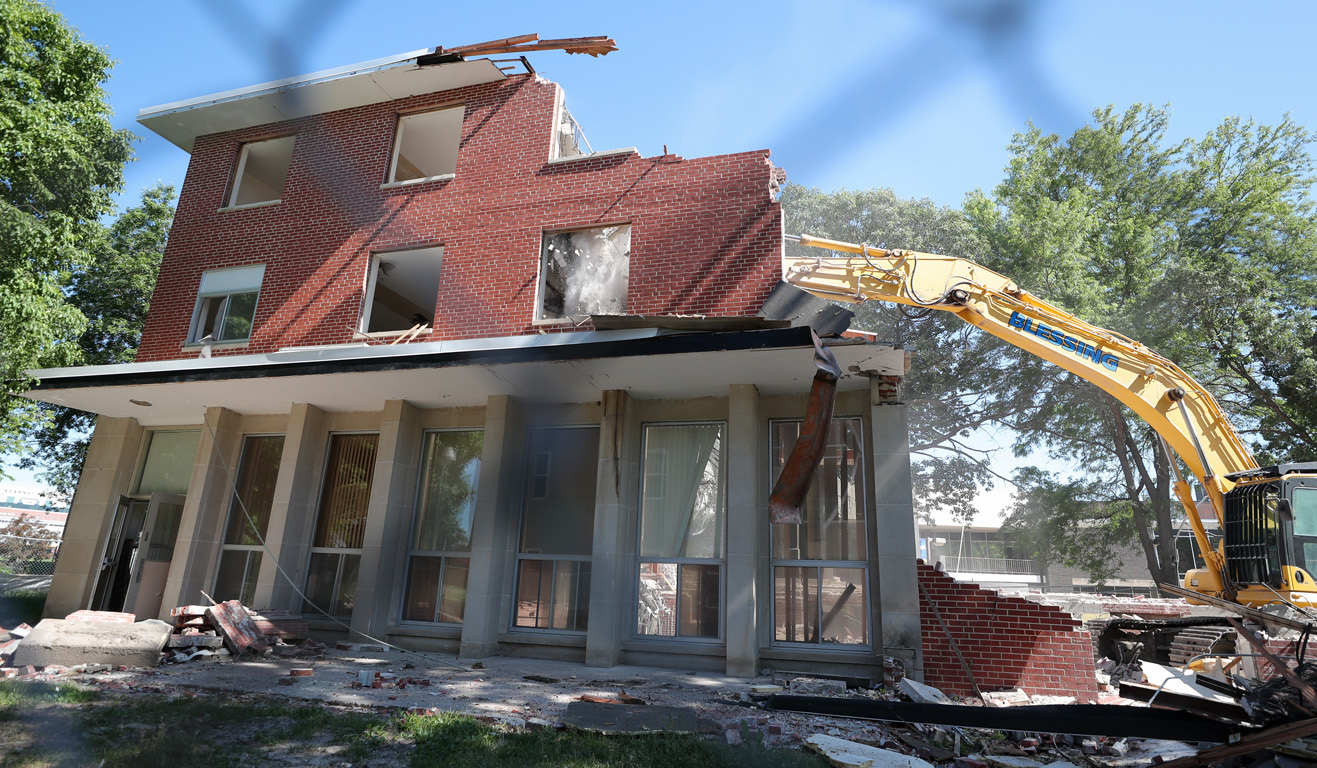 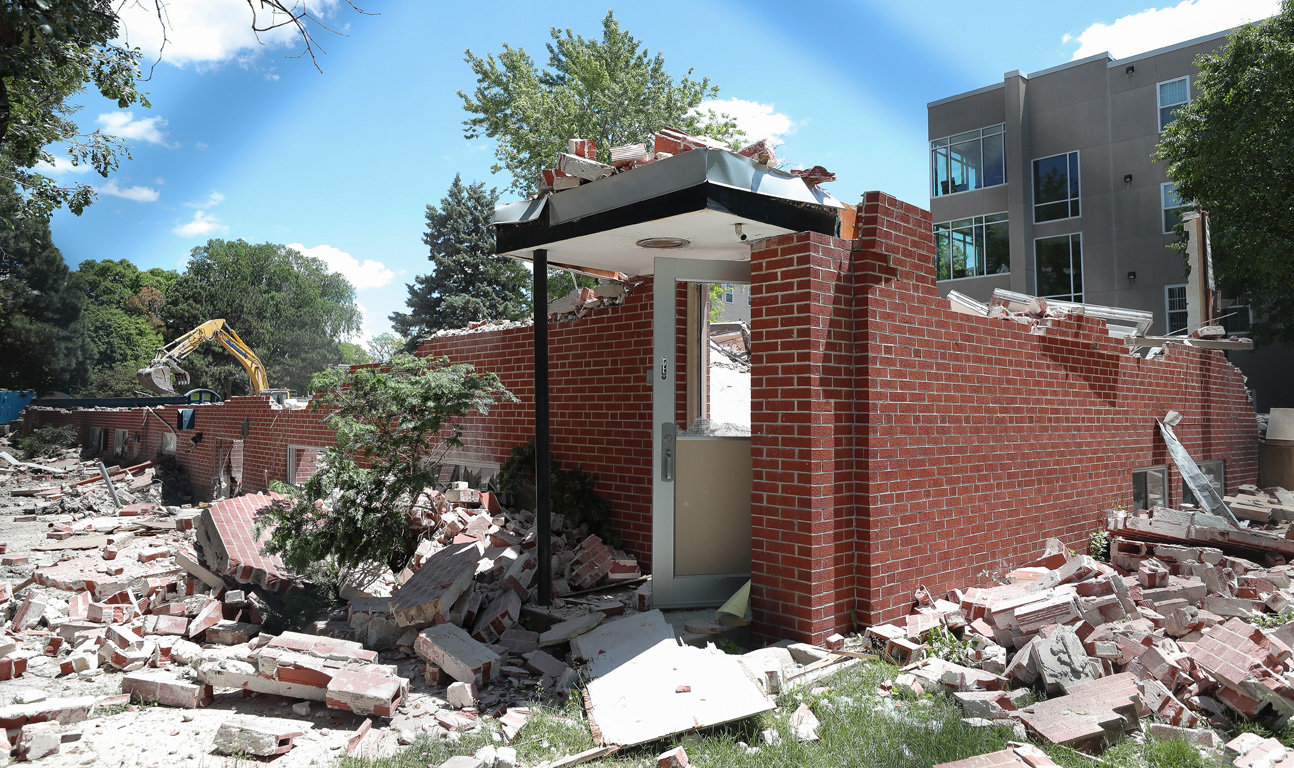 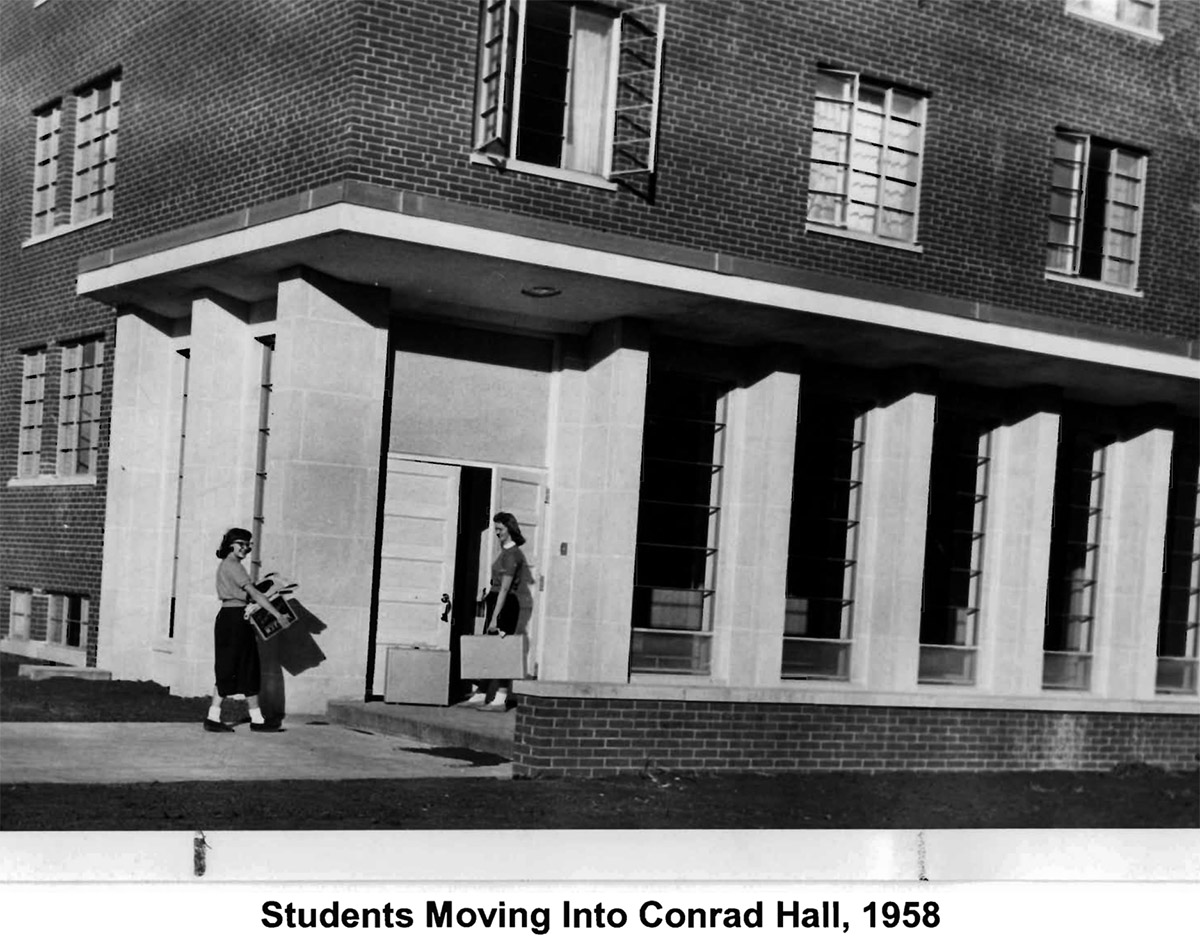 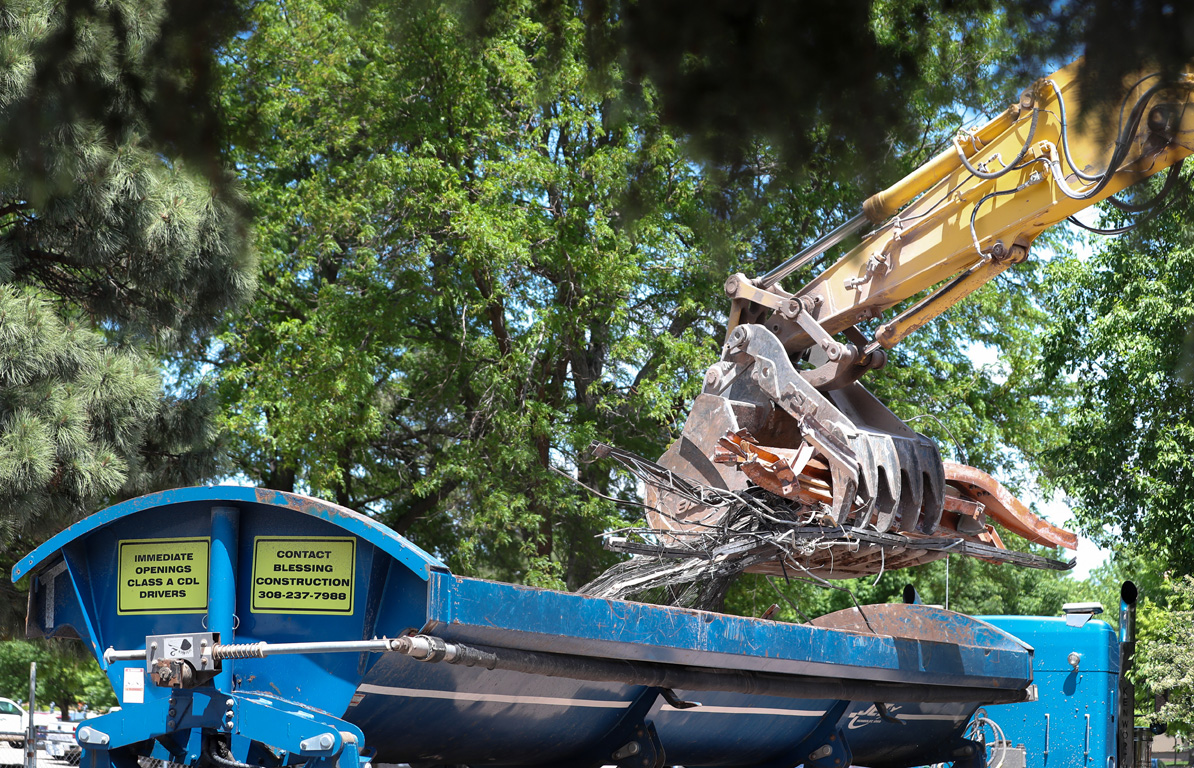 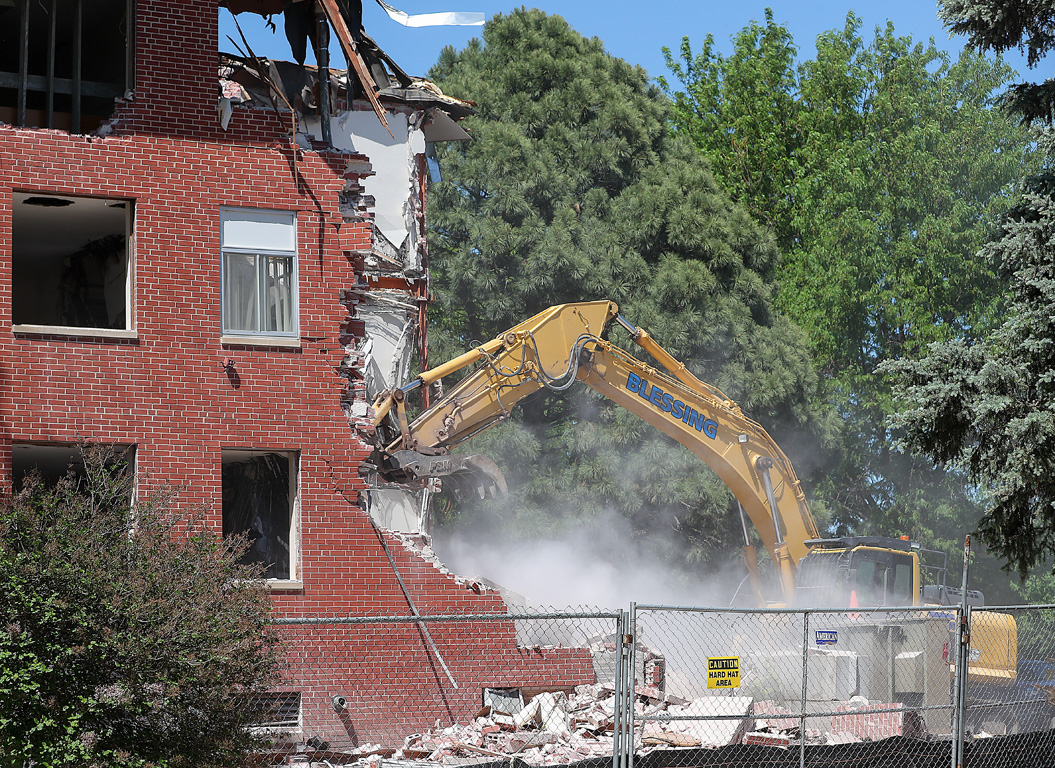 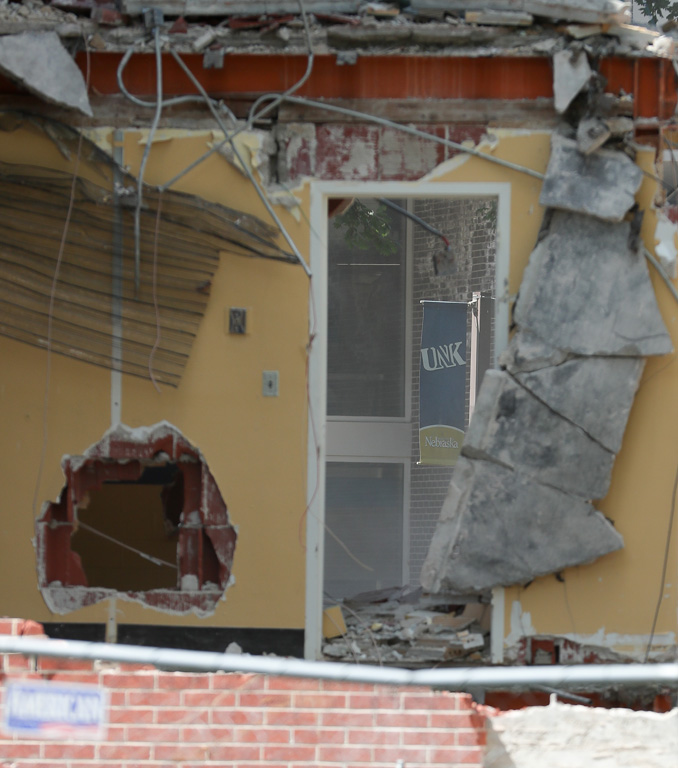 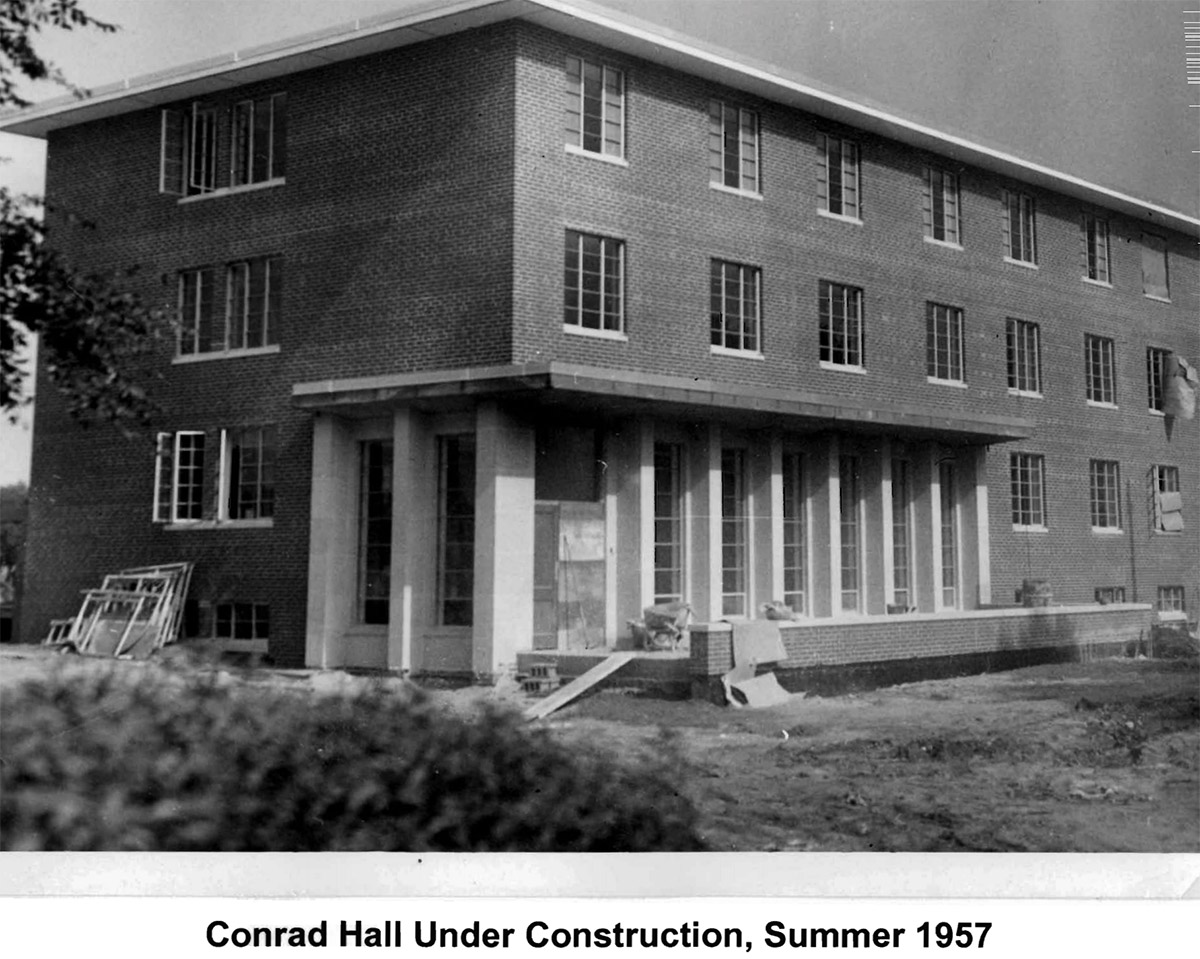 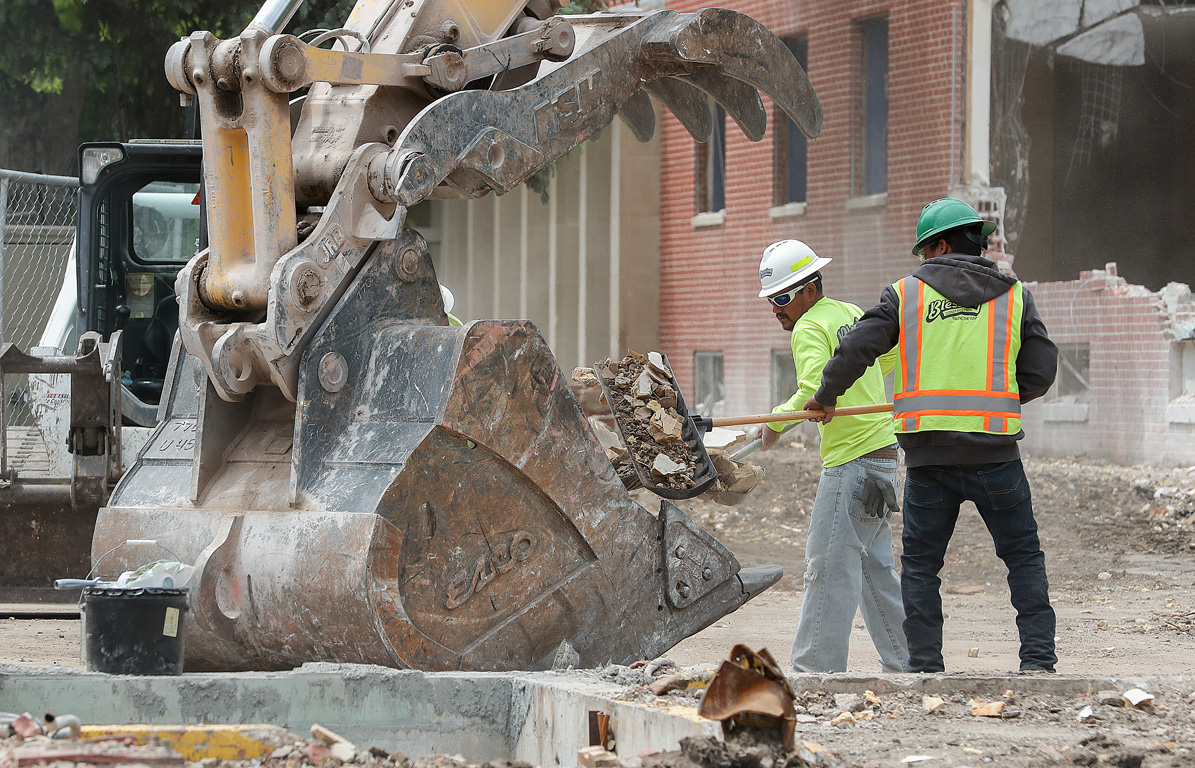