KEARNEY – Jean Mattson’s rural roots inspired the work ethic and tenacity she demonstrated during her time as a Kearney State College student and throughout her more than 48-year career at her alma mater.

She learned to follow through on a job while laboring in the hay fields on the family farm north of Stuart and showed that same determination while working full time to pay for college or putting in long hours as the University of Nebraska at Kearney’s budget director.

Mattson retired from UNK on March 10, the day she turned 70. She started working at Kearney State on Oct. 1, 1972, as a transcript clerk in the Registrar’s Office.

She could have retired earlier, but Mattson still enjoyed the work. Now, she is ready to spend more time with her husband David, daughter and son-in-law Wendy and Brent Bauer and two grandchildren.

UNK Vice Chancellor for Business and Finance Jon Watts called her an “extra miler” who consistently went above and beyond her assigned duties.

“To many,” he said, “Jean served as a practical guide to higher education finance, sharing freely her knowledge of budget principles.”

Before Mattson took the budget director position, she paid her own way through college, earning a two-year secretarial degree in 1971 and a bachelor’s degree in business education in 1981 – a decade before Kearney State became UNK.

Mattson saved money she earned raking her family’s hay fields as a youth and stowed away cash from babysitting jobs and 4-H winnings to help pay tuition and fees for her two-year degree.

She covered housing expenses by living with and caring for an elderly woman who resided near campus and took another job the summer before her sophomore year at First National Bank in downtown Kearney. Not owning a car, she walked to and from work.

After graduating, Mattson worked two jobs – Brown Transfer by day and an accounting firm by night – to pay off the remainder of her college costs. She then jumped at the opportunity to work in the Registrar’s Office at Kearney State because tuition was waived for college employees.

Less than a year after Mattson was hired at Kearney State College, she was promoted to be Registrar Doyle Howitt’s secretary. As secretary, she fielded phone calls from high school principals who wanted Kearney State faculty to lead continuing education classes for their teachers.

“We didn’t have a separate department like we do now for online, and of course we didn’t have online classes,” Mattson said. “We were sending faculty out to Broken Bow or wherever to teach night classes.”

Mattson’s next secretarial role was in the Administration and Finance Office beginning in 1978. She worked for Vice President Earl Rademacher, who managed the college’s budget at the time. While Rademacher went over budgets with campus constituents, Mattson typed the budget requests and sent them to the Nebraska State College System Board of Trustees and Nebraska Legislature for approval.

Rademacher continued to give Mattson more responsibility and promoted her to serve as his administrative assistant in 1984.

In the late 1980s, Mattson was part of Rademacher’s “dream team” of administrative professionals who implemented the computerized financial records system. Many of the financial records were previously recorded on paper.

As Kearney State began its transition from the Nebraska State College System to the University of Nebraska in 1990, Rademacher realized the institution needed a separate budget office. Mattson soon became the institution’s first budget director.

“The transition was interesting,” she said. “I had to do a budget for the state college system, as well as transition in to set a budget up for the University of Nebraska. It was a lot of late nights into early mornings.”

Mattson’s husband and daughter were understanding of her work responsibilities. And her employees, also moms, were supportive of each other.

“It didn’t make any difference whose child called in when they got home from school, we were their budget moms,” Mattson said, “and we would answer their questions.”

Rademacher described her as an excellent budget director.

“I look back with pride on her achievements and accomplishments in her work,” he said.

Mattson said she loved the work she did as budget director, especially helping deans understand their budgets so they could make financial decisions.

“I was a good person to work with budgets because I liked the numbers and working with people,” she said.

As a supervisor, Mattson said she never made her employees do something she wasn’t willing to do herself.

“If it meant staying extra hours to get something done, I wouldn’t turn around and give it to somebody else,” she said.

She also set up checks and balances to ensure accuracy and consistency in the work that came from her office.

“If you needed extra time, do it right, because trying to get that corrected is not worth it,” she said. “I would do that myself.”

These are lessons Mattson and her siblings learned from their parents.

“We were taught, ‘You can do anything you put your mind to, and yet whatever you do, do your best,’” she said.

UNK’s new budget director, Chris Moran, said Mattson displayed the “perfect balance of expertise and compassion” while training her for the position.

“I was so fortunate to learn from Jean,” Moran said, “and I cherish the time that I spent with her.” 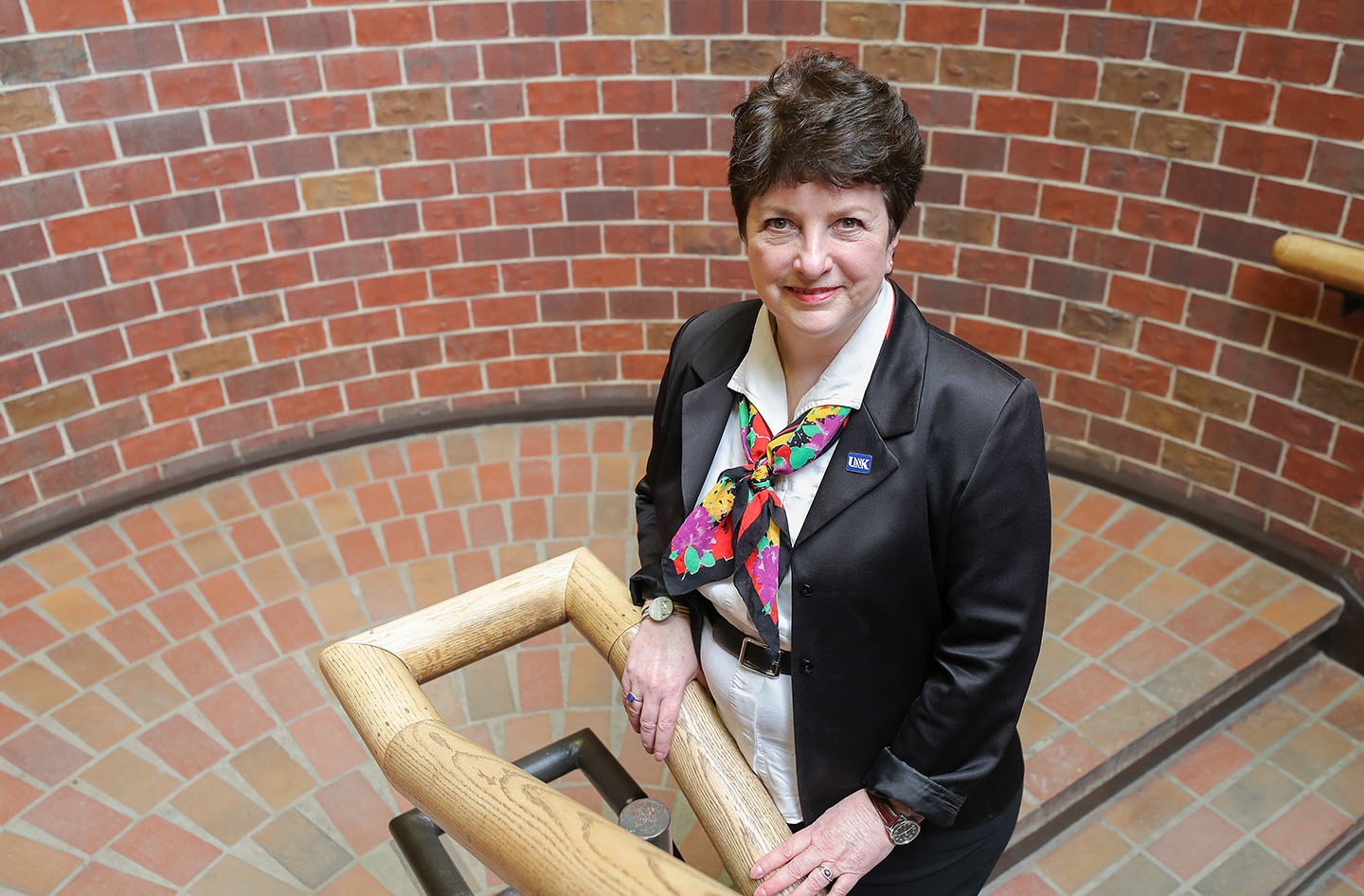