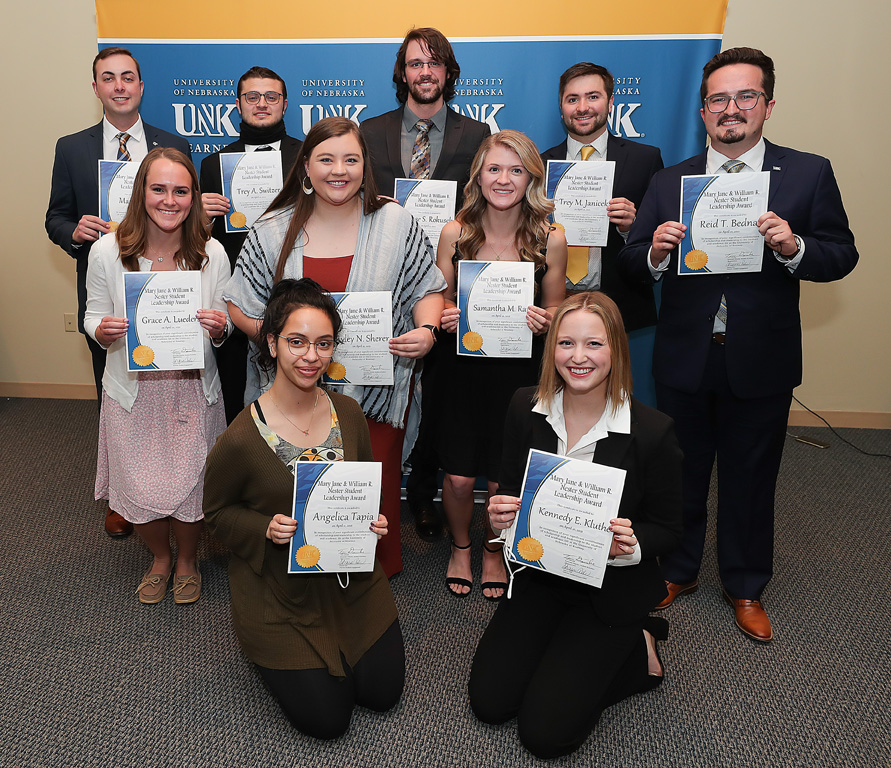 KEARNEY – The University of Nebraska at Kearney is recognizing 10 students with the Mary Jane and William R. Nester Student Leadership Award.

This year’s honorees are: 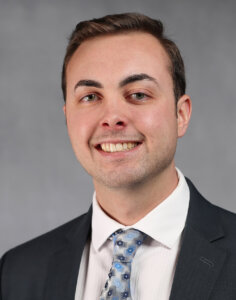 Max Beal of Kenesaw graduates in May with a degree in business administration with a finance emphasis. He will attend the University of Nebraska College of Law this fall.

Beal served as UNK’s student body president and student regent in 2020-21, and he was president of the Sigma Phi Epsilon fraternity and UNK Pre-Law Society, an organization he founded. He also served as vice president of administration for the Interfraternity Council and as a Chancellor’s Ambassador.

He was recognized as a College of Business and Technology Outstanding Junior in 2020 and received several awards in state and national Phi Beta Lambda business competitions. 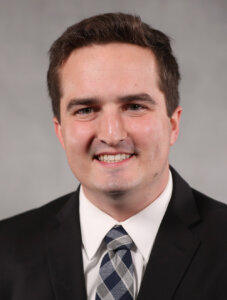 Reid Bednar of Grand Island graduates in December with a degree in middle level education with endorsements in science and English language arts. He plans to teach in a middle school and eventually earn a master’s degree in educational administration.

Bednar served as vice president of the Mortar Board senior honor society and International Justice Mission student organization and he’s held several positions with UNK Student Government, including chief of staff, election commissioner and student senator representing the College of Education. He also was a Chancellor’s Ambassador and campus visit assistant.

Bednar has been involved in Men’s Project, serving as co-facilitator, the Undergraduate Research Fellows program and Christian Student Fellowship.

He received the 2019 Applauding Excellence Emerging Leader Award and was named the 2021 Student Senator of the Year. 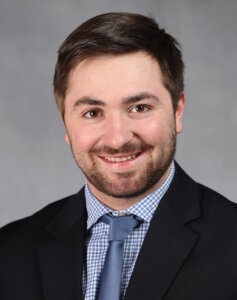 Trey Janicek of Bridgeport graduates in May with a degree in agribusiness. He is moving to Hawaii to work as a seed production associate for Bayer Crop Science and plans to pursue a Master of Business Administration through UNK’s online program.

Janicek served as UNK’s student body vice president in 2020-21. He’s been a student senator, vice president and treasurer of the Phi Delta Theta fraternity, vice president of FIRST Leaders and community service and philanthropy chair for the Interfraternity Council. 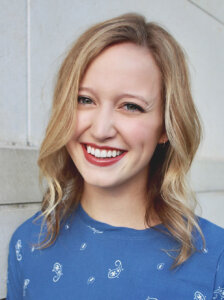 Kennedy Kluthe of Kearney graduates in May with a degree in psychobiology. She will attend medical school to become a family practice physician.

Kluthe served as director of internal events and vice president of new member education and programming for the Alpha Phi sorority and clinic chair for Volunteers Around the World.

She was named Alpha Phi’s Remarkable Member in 2018 and received Mortar Board recognition as a freshman and sophomore. 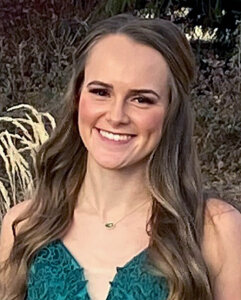 Grace Lueders of Blair graduates in May with a degree in K-12 music education. She will teach vocal music at Shoemaker Elementary School in Grand Island this fall.

Lueders also was a member of the UNK Wind Ensemble, serving as secretary, Pride of the Plains Marching Band, Choraleers and Collegium.

A UNK Concerto/Aria Competition winner in 2019, she was recognized as a Department of Music Outstanding Senior in 2021. 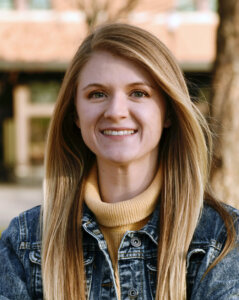 Samantha Rau of Lincoln graduates in May with a degree in chemistry. She will pursue a doctorate in chemistry at the University of Colorado Boulder, where she plans to study renewable energy.

Rau served as an undergraduate research mentor, vice president of programming for the Honors Student Advisory Board and faculty appreciation chair for the Mortar Board senior honor society. She also was president and historian of the Chemistry Club, a peer mentor in the UNK Honors Program and a Loper Leader during Blue and Gold Welcome Week.

She was a member of the Phi Kappa Phi and Phi Eta Sigma honor societies.

Rau received the Chemistry Department Senior Scholarship and Dean’s Academic Excellence Award and was named the American Chemical Society General Chemistry Student of the Year in 2018. 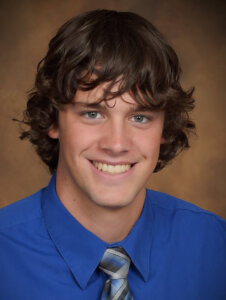 Rokusek served as vice president of philanthropy for the Honors Student Advisory Board and as a supplemental instruction leader/biology tutor for the UNK Learning Commons. He was a mentor in the UNK Honors Program and a member of the Psi Chi psychology honor society.

He received a Psi Chi Regional Research Award from the Rocky Mountain Psychological Association and was named the UNK Chemistry Department Organic Chemistry Student of the Year in 2019. 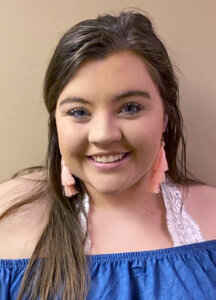 Ryley Scherer of Omaha graduates in December with degrees in early childhood and special education. She will student teach in Houston, Texas, this fall.

Scherer served as director of philanthropy, director of community service and alumni relations chair for the Alpha Phi sorority and as a student senator and chair of selections and constitutional review for UNK Student Government. She also served as president and director of programming for the Order of Omega Greek honor society and director of marketing for the American Association of University Women at UNK.

She received the Carol Sweley Windhorst Scholarship and was named Student Senator of the Year by UNK Student Government. Alpha Phi received the Fraternity and Sorority Life Outstanding Community Awareness award for the Red Dress Poker Tournament she organized. 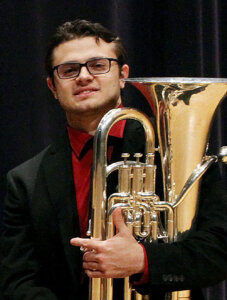 Trey Switzer of Gretna graduates in May with a degree in K-12 music education. He will pursue a master’s degree in euphonium performance at Kansas State University and work as a teaching assistant. He plans to eventually pursue a doctorate and return to Nebraska to teach music in a public school.

Switzer has served as a section leader for the UNK Jazz/Rock Ensemble, Wind Ensemble, Pride of the Plains Marching Band and Kearney Symphony Orchestra. He’s also performed with the UNK Brass Quintet and Euphonium Quartet and assistant directed the Jazz/Rock Ensemble.

Switzer was a UNK Concerto/Aria Competition winner in 2019. 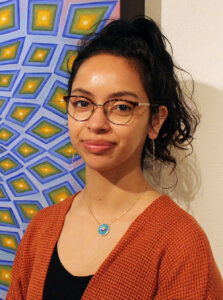 Angelica Tapia of Lexington graduates in May with a degree in studio art with emphases in drawing and painting and a minor in philosophy. She plans to attend graduate school and wants to be a professor.

A dean’s list student, Tapia served as an assistant to professor Victoria Goro-Rapoport and was involved in work-study in the Fine Arts Building.

She’s also involved in Impact Art, a local nonprofit that promotes and creates positive public art in the Kearney area.