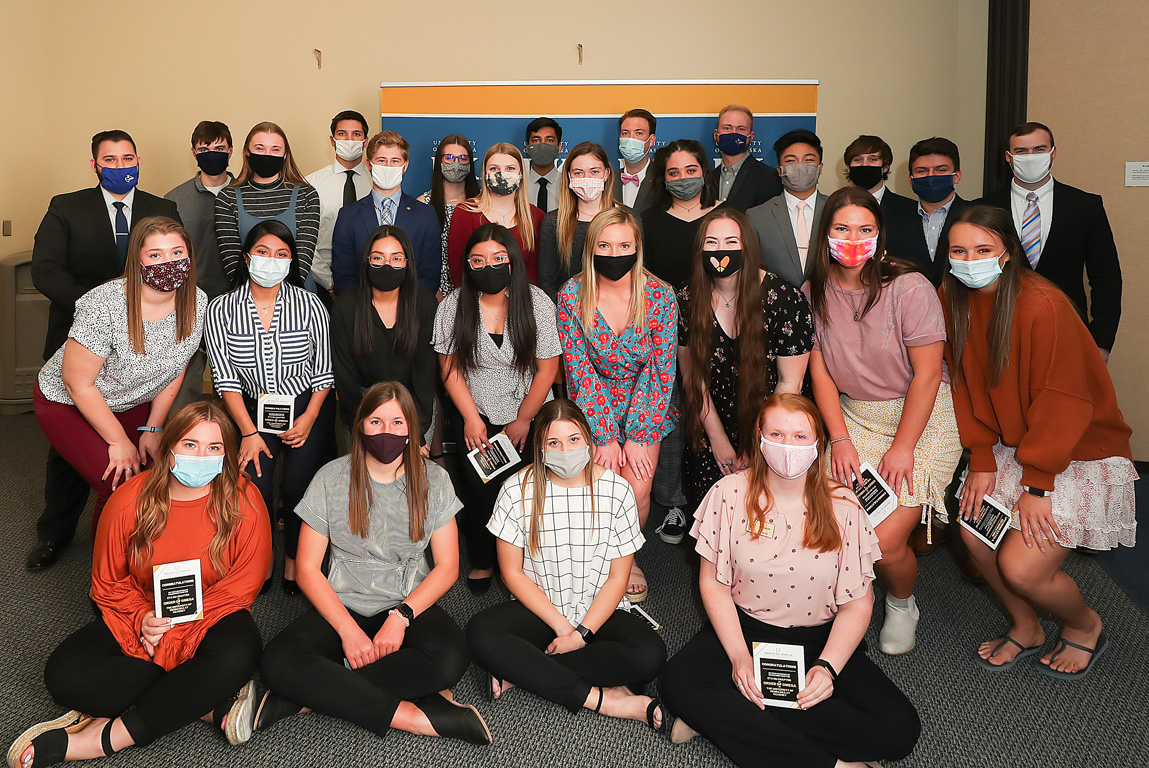 KEARNEY – Twenty-nine University of Nebraska at Kearney students have been selected as new members of Order of Omega, Eta Nu Chapter.

They were honored Thursday during the annual Fraternity and Sorority Life awards banquet.

Order of Omega is a Greek honor society comprised of the top 3% of fraternity and sorority members on campus. It recognizes juniors and seniors who have exemplified high standards in areas of scholarship, leadership and involvement within their respective fraternity/sorority, campus and local community.