KEARNEY – Jill Becher and her husband Bill were among the first guests to arrive at the University of Nebraska at Kearney’s Health and Sports Center on Friday morning.

The Leigh couple showed up early to make sure they’d have a good view of their daughter Kaitlyn as she walked across the commencement stage.

“We’re real proud that she’s graduating from UNK,” said Becher, who brought a bouquet of flowers and a camera to capture the moment.

“It’s really exciting to see her take the next step in her life,” her mother said.

UNK conferred degrees for more than 400 winter graduates during ceremonies Thursday and Friday on campus. The exercises were split into separate graduate and undergraduate events because of COVID-19 and conducted under approved health protocols. Attendance inside the Health and Sports Center was limited to 25% of capacity and face masks were required.

Although the ceremonies looked different than years past, they held the same meaning.

“We want to celebrate. We want to make today about you,” UNK Chancellor Doug Kristensen told Friday’s graduates. “We want this day to be marked in your life as something that’s really important. It’s a milestone that you’ve reached.”

He also wanted family and friends to be part of the occasion, even if they’re socially distanced.

“We could have mailed the diplomas to you, but we think it’s important to come together as a community and say congratulations and thank you,” Kristensen said.

Logan Bunger was happy to have the opportunity to graduate in person.

“It’s been a long time coming,” said Bunger, who earned a bachelor’s degree in agribusiness. “I’ve faced some adversity during my career here and it feels good to finally push through and get it all complete.”

The McCook native already accepted a job with Holdrege-based Nebraskaland Aviation, the same company he interned with in summer 2019.

“UNK really helped guide me and introduce me to the business side of things,” he said. “I think that’s going to be very helpful when I start working full time every day.”

In his address, University of Nebraska President Ted Carter challenged the Class of 2020 to inspire others and “do something bigger than yourself” by bettering the lives of those around them.

That’s exactly what Abigail Almanza plans to do with her degree in elementary education.

Almanza is returning to her hometown of Imperial to teach fifth graders at Chase County Schools. She’ll be in the same classroom where she student taught, working alongside the people who educated her during elementary school.

“I was an ESL learner growing up and I always felt like my teachers were really supportive of me and they made a really big impact on me,” said Almanza, whose parents are originally from Mexico. “I wanted to become an educator so I can make that same impact on students.”

Almanza followed in the footsteps of two older brothers by attending UNK, where she was active in the Sigma Lambda Gamma multicultural sorority.

Her parents and boyfriend were in attendance Friday as she received her diploma, and three siblings were watching the livestream online.

She called the moment “surreal.”

“Starting kindergarten, I knew no English, and now I’m here graduating with a bachelor’s degree and I have a classroom of my own,” Almanza said. “It’s a really big accomplishment for me and my family.” 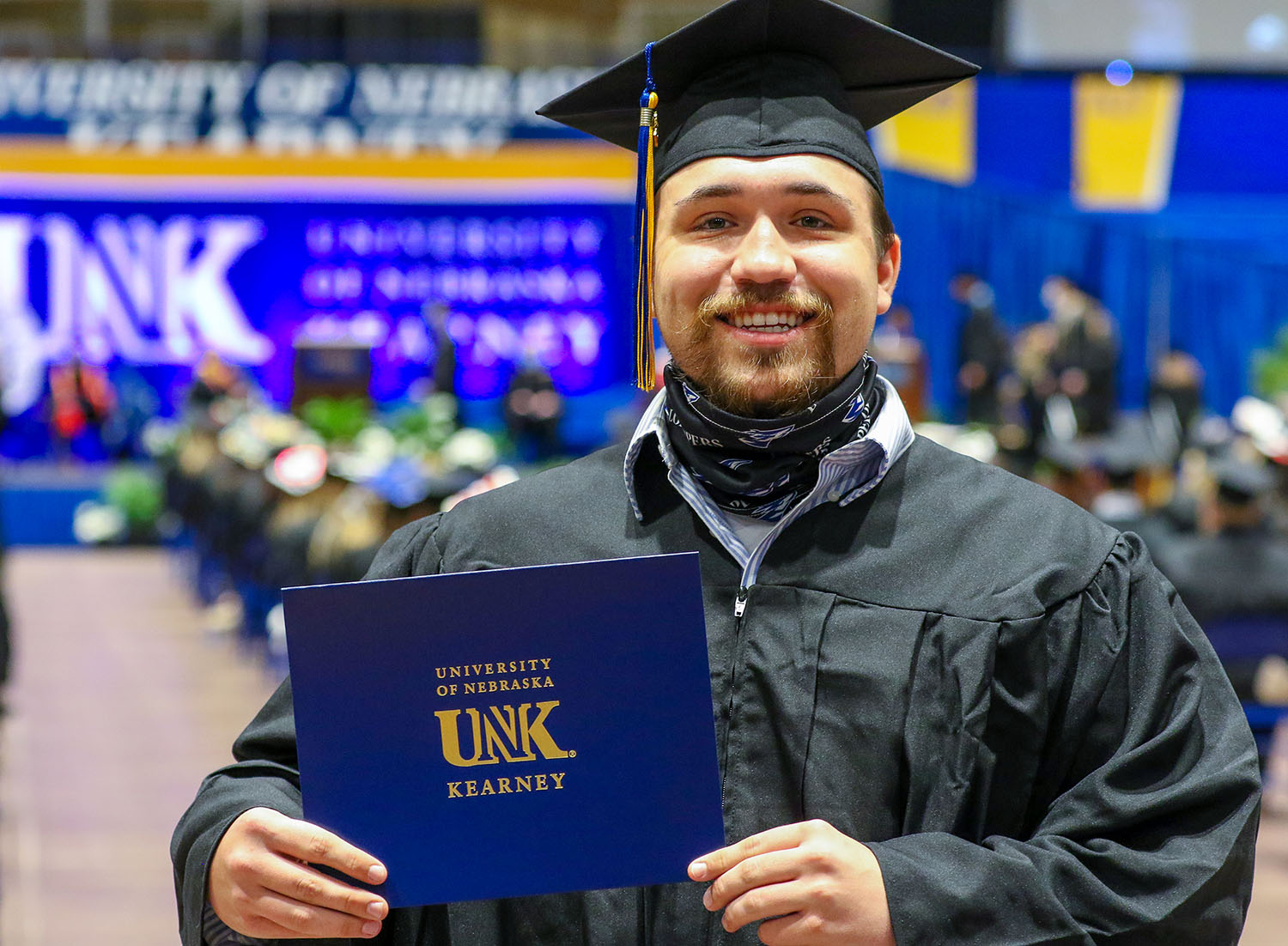