KEARNEY – She keeps the photographs in a journal on her nightstand, “that way they are never too far out of reach.”

Each 4-by-6 image captures a moment in Fayth Jackson’s life, a time before tragedy tore her family apart.

When she looks at those photos, she’s transported back to the precious few years they spent together. For an instant, Jackson’s family is whole again.

“I’ve noticed that the more time passes since they left this earth, their features and personalities have begun to fade in my memory,” Jackson said. “When I glance at these photographs, I remember them better. I don’t remember every place or event, but the ones I do remember, time stops for a little bit and I flash back to that very moment with them.” 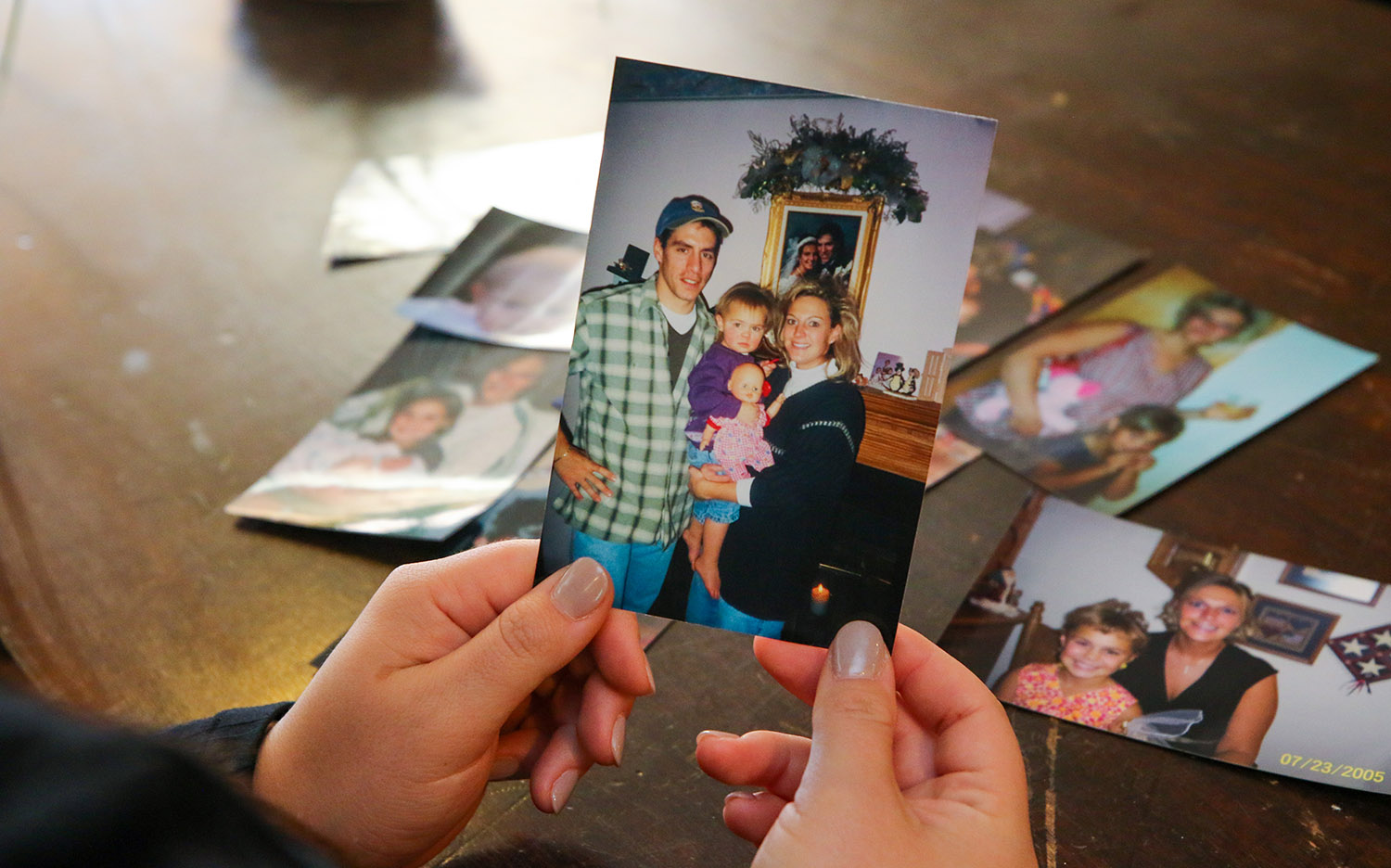 At 22 years old, Jackson has endured pain few can imagine.

She was just 5 years old when she lost her father Jon, 31, who was killed in a car accident in February 2005. Three years later, her little brother Kobie, not yet 4, drowned in a relative’s backyard pool during a family get-together.

Jackson and her mother Christie found strength in each other, and they grew closer as Jackson entered her teenage years and began attending Lincoln Northeast High School.

The soon-to-be sophomore needed a ride to cheer practice that morning, so she tried to wake her mother, who wasn’t breathing or moving. Christie, 40, had passed away in her sleep.

“When my mom died, I just felt like I was alone,” said Jackson, who continued to live in the townhouse her mother built the previous year.

Her maternal grandmother and great-aunt took turns spending the night with Jackson, but she struggled to cope with the grief.

“I was so blinded by the pain and the hurt that I just isolated myself,” Jackson said. “I was so focused on myself that I didn’t really think about my family members and how they’re going through the same thing I’m going through. It definitely created a lot of tension between my family members, and I’m still working on mending some of those relationships.” 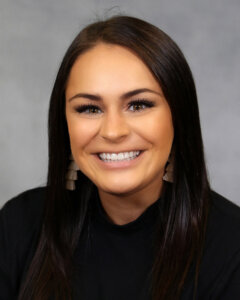 Jackson experienced “ups and downs” during high school as she came to terms with her situation. She received support from her teachers, friends, coaches and teammates, and used cheerleading as an emotional outlet.

“Therapy helped a lot, too. A lot of people are afraid to talk about mental health and counseling, but that really helped me,” said Jackson, who met twice a week with a therapist.

As a senior, Jackson was asked to share her story during a TeamMates scholarship banquet in Lincoln. Her strength impressed both the audience and another featured speaker, then-University of Nebraska President Hank Bounds.

“He was like, ‘Get out a pen and paper. I’m going to get you to go to college for free,’” Jackson recalled. “And he gave me his phone number in front of all these people.”

Jackson planned to enroll at Northwest Missouri State University – she already had a roommate lined up – but agreed to meet with Bounds, who was serious about his full-ride offer.

“I didn’t want to stay in Lincoln because I felt like there was so much hurt and pain there and I just needed to close that chapter and move on to the next one,” Jackson said.

As for UNO, “I don’t like driving in Omaha,” she noted.

Jackson visited UNK with her aunt and uncle, took a campus tour and signed up for classes all on the same day.

“I quickly realized this is where I was meant to be and this is part of my journey,” she said.

Jackson gets emotional when she talks about the impact UNK had on her life.

“I truly love UNK and I love Kearney and all the people here,” she said, pausing to wipe a tear from her eye.

One of those people is Rashawn Harvey, assistant director of TRIO Student Support Services, a program that assists first-generation, low-income and disabled students during their pursuit of a college degree.

“Oh, my God, he is phenomenal,” Jackson said of her mentor. “He has changed my life. Throughout my entire college experience I’ve been able to trust him and rely on him for help. He’s been a shoulder to cry on when I’m having a bad day and he’s also able to make me laugh. He’s a big part of why I’ve been so successful here at UNK.”

Harvey gives all the credit to Jackson, who he describes as charismatic, bubbly and unafraid to speak her mind.

“She knows how to handle adversity and persevere through tough situations,” Harvey said. “People her age may not always handle it the best when they’re forced to grow up and go through that adult phase faster in life. Yes, she’s had some setbacks, but she always comes back from those setbacks and she understands them.”

Jackson says she’s “found a home” at UNK, where her support system extends well beyond TRIO.

She’s still involved with TeamMates, and Harvey’s wife Jennifer, who serves as director of UNK’s Thompson Scholars Learning Community, is her mentor in that program.

The UNK senior is also active on campus through the Loper cheer team and organizations such as the Gamma Phi Beta sorority and Student-Athlete Advisory Committee.

“I discovered that I’m happier being involved in a lot,” Jackson said. “It gives me something to do, and I truly believe in everything these organizations stand for. They’ve helped me find new opportunities, grow as a person and challenge myself.”

“And, I love meeting new people,” she added.

That’s one of Jackson’s superpowers.

“When you talk to her, she makes you feel like you’re the most important person in the room,” said close friend and UNK cheer coach Krista Williams. “She’s one of those people you want to be friends with because she knows everybody. It would be hard to find someone at UNK who doesn’t know Fayth.”

That was evident last month, when Jackson was voted UNK’s homecoming queen. She called it “a beautiful experience.”

“I felt so blessed. I was so overwhelmed with joy,” Jackson said. “I feel like I’ve given so much of myself to UNK. To be voted homecoming queen, that’s so amazing and I’m extraordinarily grateful.”

The following Saturday, Jackson was on the sideline during the UNK football scrimmage, her Loper spirit on full display.

“She has a great energy,” Williams said. “You wouldn’t know everything she’s been through just from talking to her.”

Rashawn Harvey has no doubt Jackson will succeed in her future career.

“With her life experience and willingness to be open, she’ll be able to relate with a lot of people who she’ll serve,” he said.

Jackson, who’s majoring in social work with a psychology minor, volunteers with Girls on the Run, a nonprofit that encourages young girls to develop healthy lifestyles and positive self-esteem through weekly lessons and running activities, and The Arc of Buffalo County, which supports people with developmental disabilities. She’s also a hospice care companion through AseraCare.

After graduating from UNK, she wants to work as a middle school counselor, providing the extra love and support for struggling students she desperately needed.

“It was really hard for me because I didn’t have my parents there to have those conversations,” Jackson said. “I don’t want kids to feel the way I felt. I want them to know there’s a safe place at school and someone they can talk to.”

She plans to write a book, as well.

Like the photographs she keeps on her nightstand, the pages will tell the story of someone who’s overcome so much.

“No matter what life throws at you, you can handle it and you can conquer it,” Jackson said. 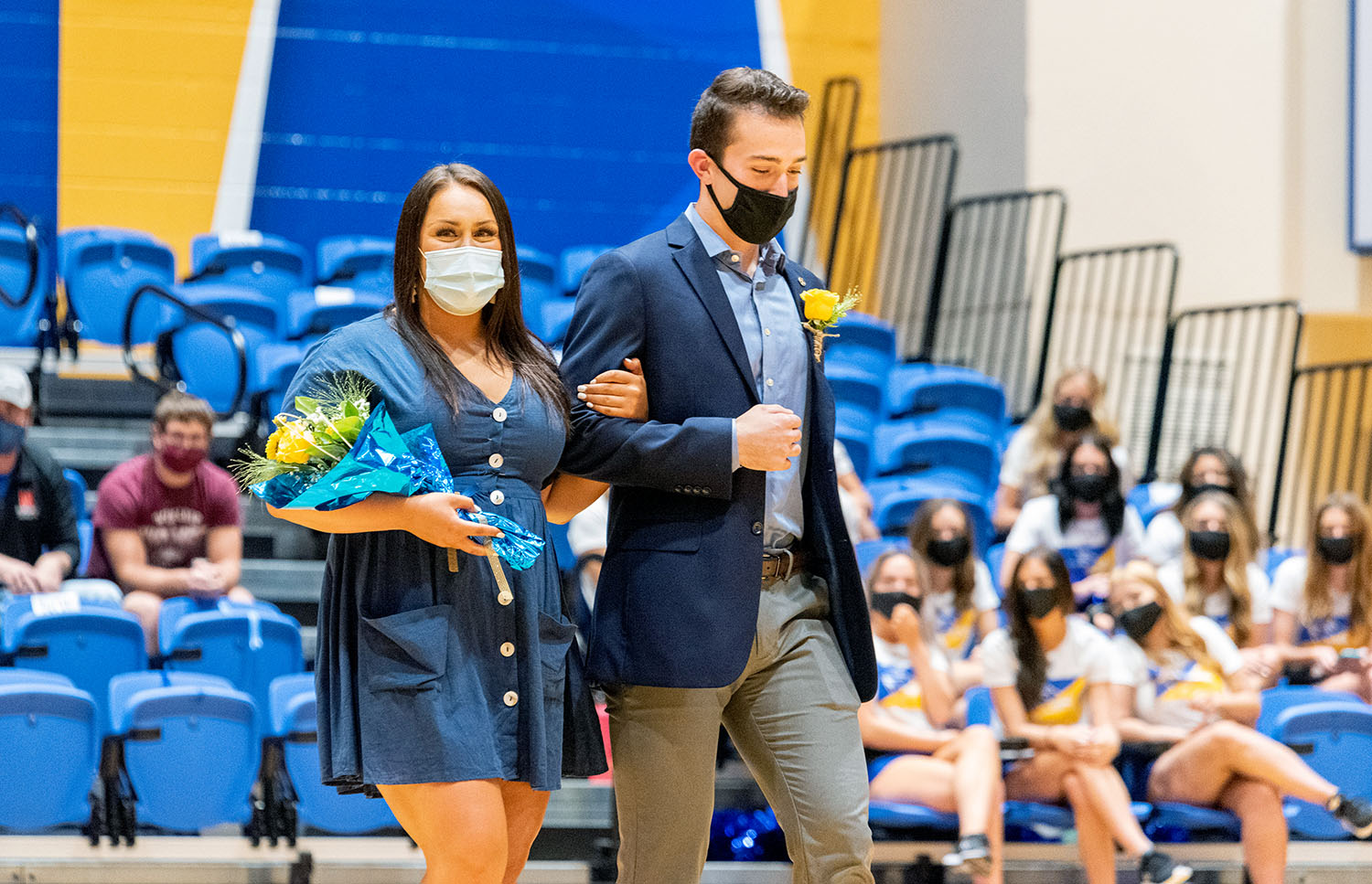 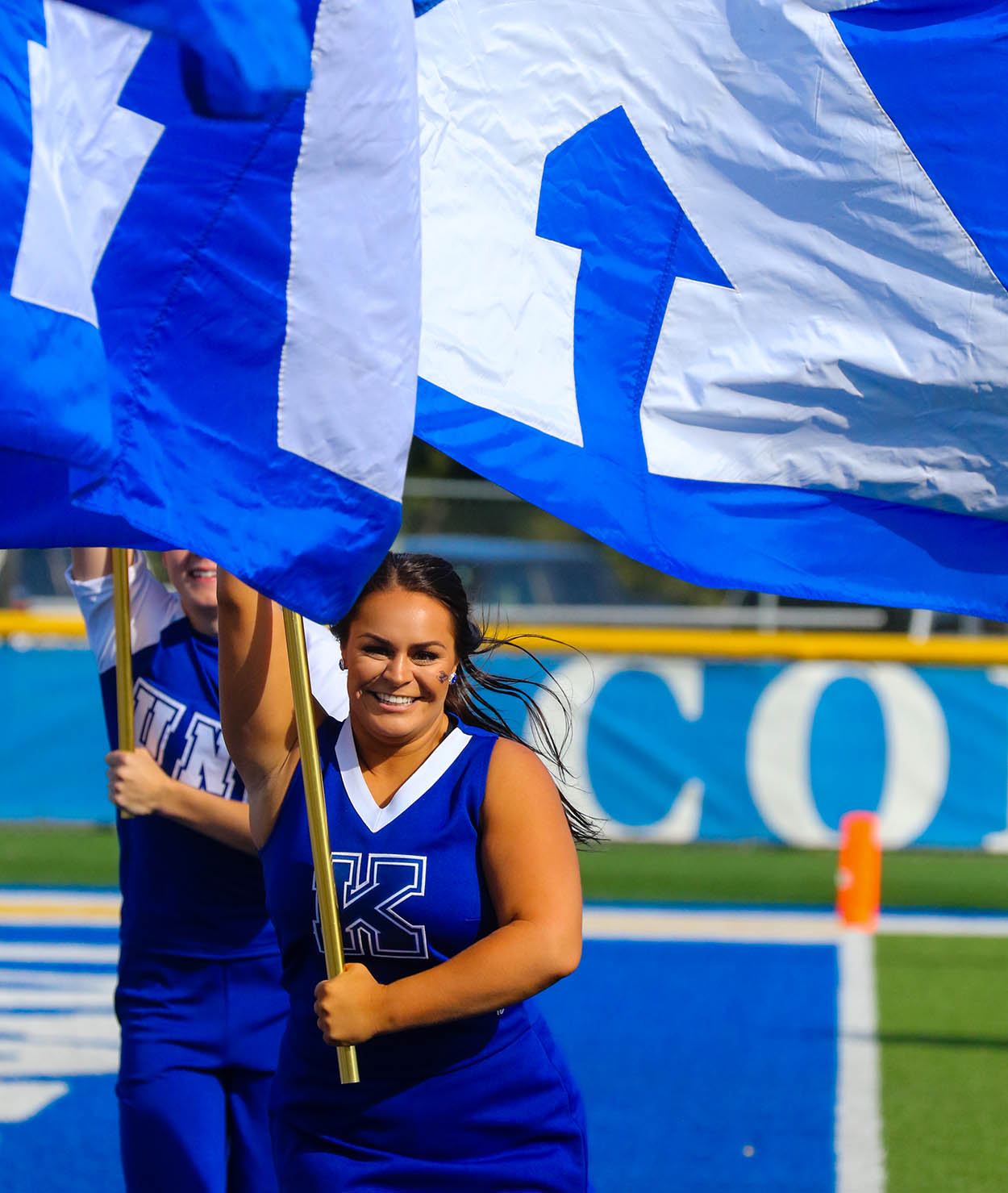