KEARNEY – Regina Forbes can swap sea stories with the best of them.

She’ll tell you about the two years she lived in Spain and the value of Google Translate.

She knows businesses in Bahrain – an island chain between Qatar and Saudi Arabia in the Persian Gulf – will deliver a bag of ice if you ask them to.

And she’s traveled through both the Suez and Panama canals, a distinction few people can claim.

“I could sit here for hours and discuss different ports we hit and different things we’ve done,” said Forbes, who spent two decades in the U.S. Navy.

The California native was 19 years old when she started basic training in February 1997.

The 42-year-old University of Nebraska at Kearney student has accomplished all of those goals and then some.

“The Navy gave me the chance to see things and experience things most people have only read about in books or seen on TV,” she said.

Forbes completed six deployments during her naval career and reached the rank of petty officer first class. When she wasn’t stationed at bases in Norfolk, Virginia, or San Diego, her workplace was an amphibious assault ship transporting Marines to destinations across the globe.

She sailed to Europe for the first time when she was 21 and later served as a security manager in Spain. She’s cruised the Mediterranean Sea, visited locations across the western Pacific and stopped in Madagascar and other ports along Africa’s east coast.

Forbes, who was stationed in Bahrain for four months, doesn’t even try to list all the countries she’s stepped foot in. 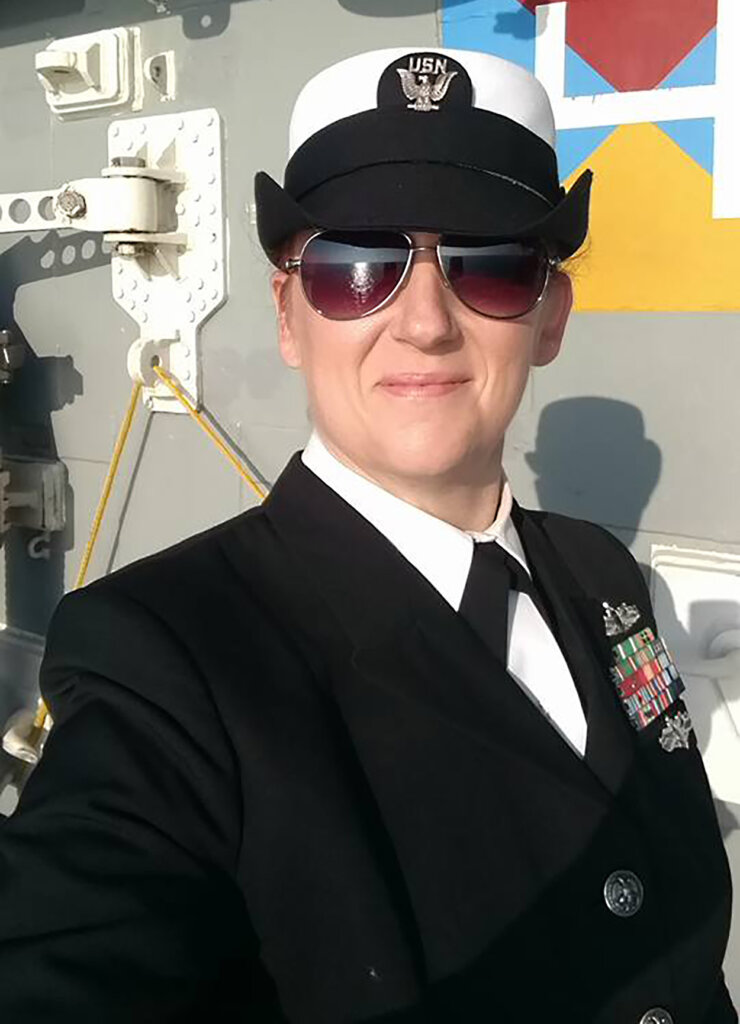 Of course, while she was exploring the world and experiencing different cultures, there was also a job to do.

Forbes served mainly as a maintenance technician working on a “multimillion-dollar radio system” and other electronics. She met her future husband Brandon through that position when they were both stationed aboard the USS Boxer in 2001.

“We butted heads quite a bit because he would break something, then I’d come up to fix it and he’d already have it fixed,” Forbes said with a smile.

The couple, who married in July 2005, were serving together during two of Forbes’ “not-so-enjoyable” military moments. The first incident happened in summer 2001 when the USS Boxer received a bomb threat as the ship was preparing to port in Turkey. A few months later, the Boxer was departing from Hawaii during a tiger cruise, which allows friends and family of deployed sailors and Marines to experience day-to-day operations aboard a sea-going ship, when the 9/11 terrorist attacks occurred.

Forbes’ final deployment was aboard the USS Normandy, a guided-missile cruiser escorting an aircraft carrier from Norfolk to San Diego. During the roughly nine-month trip, which included stops in the Persian Gulf and Asia, Forbes circumnavigated the world, sailing through the Suez and Panama canals before returning to Virginia.

“That was cool,” she said. “That was one of the best deployments I had.”

Although life in the Navy wasn’t always easy – Forbes spent a lot of time away from family – she wouldn’t change anything.

“You’re not in it alone,” she said. “I loved the camaraderie that I had with my fellow sailors and shipmates and the common experiences that we had. There are so many stories, but at the same time it just seems like that time went by so fast. When you’re doing something that you love, the time goes by quick. And I loved what I did.”

Forbes retired from the Navy in February 2017, but remains in the Individual Ready Reserve until 2027.

After leaving active duty, she and her husband, a native Oklahoman, relocated their family from Virginia to Grand Island.

She currently works full time as a maintenance technician for Steris, a medical equipment company specializing in sterilization and surgical products, and attends UNK using her military benefits.

Forbes is enrolled in UNK’s communication disorders program, which offers a mix of remote and in-person classes that provide the flexibility needed to fit her busy schedule.

“This program gives me the opportunity to fit things in where I can find space for them,” said Forbes, who is on track to graduate in May.

She’d like to pursue a master’s degree in business administration or speech-language pathology, with an ultimate goal of working for the Department of Veterans Affairs.