KEARNEY – The University of Nebraska at Kearney has a new video studio where students are gaining hands-on experience in media production and broadcast journalism.

Located in Mitchell Center, the studio features all the bells and whistles found in a professional TV newsroom, including a lighting system, switchboard, news desk, flat-screen monitors, multicamera setup and retractable green, white and black screens.

The space, formerly an equipment room and office, has been on Jacob Rosdail’s wish list for several years.

“Since I’ve been here, when students wanted to produce a show or perform a stylized interview, they had to use a classroom or another space. Our past news shows were filmed in a conference room using a green screen,” said Rosdail, an associate professor in UNK’s Department of Communication.

That’s no longer the case.

Students starting using the dedicated video studio this semester and Rosdail has already noticed a marked improvement in the production value.

“Our first episode of ‘Antelope News’ got more views than all of our other news shows combined,” he said. “These students are driven and they’re producing good content.”

A partnership between one of Rosdail’s video production classes and The Antelope student newspaper, “Antelope News” is a biweekly show that focuses on campus events and other happenings from the UNK community. Each episode is posted on The Antelope’s website and on a Video @ The Antelope YouTube channel.

In addition to keeping Lopers in the know, the show gives UNK students an opportunity to train in a number of media production roles. All of the content is created by students, who rotate through positions such as field reporter, anchor, producer, director, post-production editor and studio crew.

“The video studio provides a great space for hands-on, experiential learning where the students are creating something and it feels more like a real-world job than a typical classroom environment,” Rosdail said.

“It’s really cool that we can get an experience here that’s similar to what we will encounter in the workplace,” said Brown, who is majoring in journalism and music performance. “It’s great to be able to come in and put together a real newscast.”

The North Platte native also works for The Antelope newspaper and she appears on the campus radio station, KLPR 91.1 FM.

“At UNK, there are a lot of cool opportunities to experience several different areas so we can decide what we want to do in the future,” Brown said.

Rosdail plans to utilize the new studio for a variety of video classes, and he expects to see a lot more student-produced shows that extend beyond news into genres such as comedy, entertainment and sports.

“I really want students to drive what the space is used for,” he said. 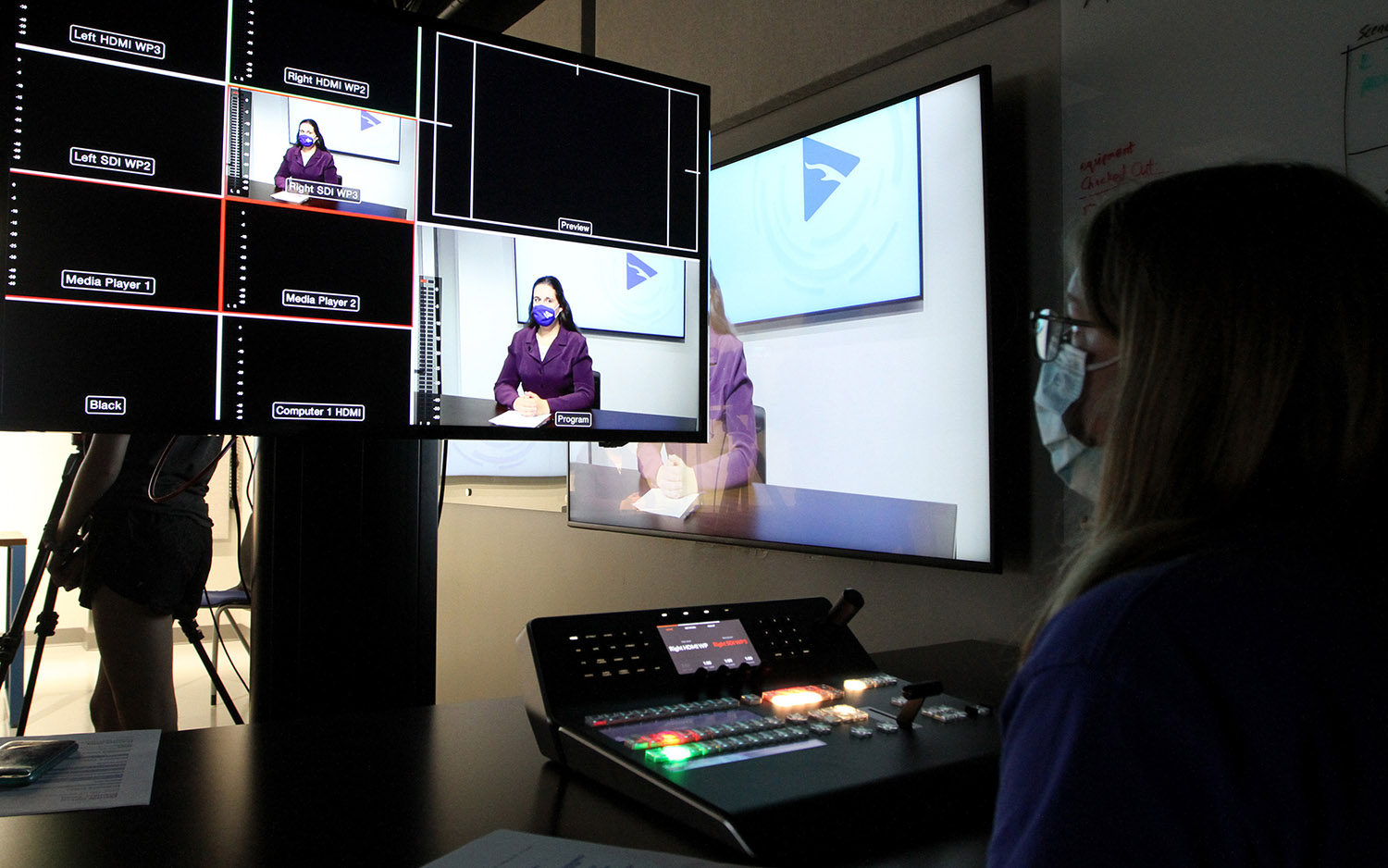