KEARNEY – The University of Nebraska at Kearney is recognizing eight students with the Mary Jane and William R. Nester Student Leadership Award.

This year’s honorees are: 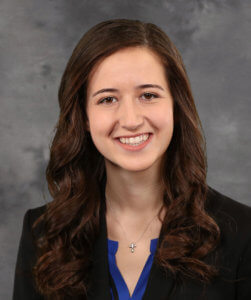 Nicole Kent of Benkelman graduates Friday with a degree in biology. She will attend medical school at the University of Nebraska Medical Center in Omaha.

A dean’s list student with a 4.0 GPA, Kent served as UNK’s student body president and student regent in 2019-20. She was a member of the UNK Honors Program, Honors Student Advisory Board, Kearney Health Opportunities Program, Undergraduate Research Fellows program and Christian Student Fellowship, serving on the leadership team.

Kent also served as a Chancellor’s Ambassador and Honors Program Envoy and mentor, as well as president of the NU Student Alliance group. She was involved with intramural sports, Loper Programming and Activities Council, the Mortar Board honor society, Residence Hall Association and Choraleers and Collegium choirs during her time at UNK.

Kent presented at UNK Student Research Day the past three years and the Asian Undergraduate Research Symposium in Tokyo, Japan. 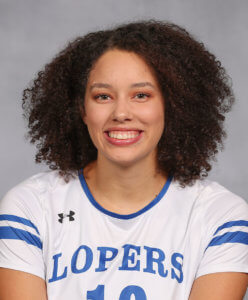 Julianne Jackson of Bonner Springs, Kansas, graduates Friday with a degree in social work. She will pursue a Master of Social Work at the University of Kansas, where she was accepted into the Integrated Health Scholars Program.

Jackson played volleyball at UNK for four years while maintaining a 3.79 GPA. She was a co-captain on the 2019 team that reached the NCAA Division II national championship match and was named an honorable mention All-American by the American Volleyball Coaches Association. Jackson was also named the Mid-America Intercollegiate Athletics Association (MIAA) co-player of the year in 2019, and was twice selected as an All-MIAA first team performer.

A three-time MIAA Scholar Athlete and four-time MIAA Academic Honor Roll selection, Jackson was a member of the Phi Alpha honor society. She served as a desk attendant for the UNK Learning Commons and peer adviser for Academic Advising and Career Development. 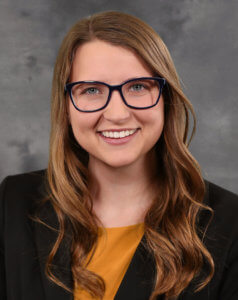 Katie Schultis of Diller graduates Friday with a degree in biology. She will pursue a Doctor of Medicine at the University of Nebraska Medical Center in Omaha.

A dean’s list student with a 4.0 GPA, Schultis served as UNK’s student body vice president in 2019-20. She was a member of the UNK Honors Program, Health Science Club, Mortar Board honor society and Kearney Health Opportunities Program, serving as a KHOP ambassador for two years. 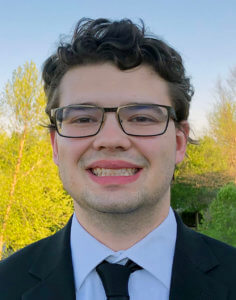 Calvert Switzer of Gretna graduates Friday with a degree in K-12 music education. He will pursue a graduate degree at the University of Kansas, where he plans to study trombone performance and work as a teaching assistant.

A recipient of the Nebraska State Bandmasters Association (NSBA) Collegiate Scholarship and Nebraska Wind Symphony Scholarship, Switzer performed as a soloist with the UNK Wind Ensemble at the NSBA convention in 2019. He was a winner at the John Shildneck Young Artist Competition, UNK Concert/Aria Competition and UNK NAfME Competition, and an outstanding performer at the Reno Jazz Festival.

Switzer was named the Pride of the Plains Marching Band’s most outstanding freshman, UNK Band Member of the Month and an outstanding graduate in UNK’s College of Arts and Sciences. 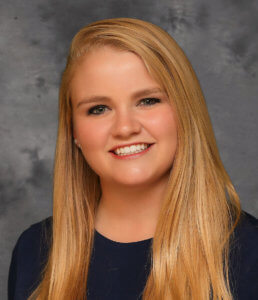 Kristensen has served as coordinator of the Chancellor’s Ambassadors organization and as a campus visit assistant at UNK. She’s a member of the UNK Honors Program and Mortar Board, Order of Omega, Beta Gamma Sigma and Phi Kappa Phi honor societies, and she studied abroad at Palacky University in the Czech Republic. Kristensen is also active in her sorority, Alpha Phi, serving as an executive board member and Panhellenic Council executive board member.

A dean’s list student with a 3.83 GPA, Kristensen was involved in Student Government as a senator, chief of staff and election commissioner, and she was part of the search committee for UNK’s College of Education dean and director of Fraternity and Sorority Life. She participates in intramural sports and played on the UNK women’s golf team for one year.

Kristensen completed internships with the Nebraska Golf Association and the Kansas City Sports Commission and Foundation and WIN for KC. She received the UNK Alumni Association Outstanding Senior award, Fraternity and Sorority Life’s Living the Ritual Award and Alpha Kappa Upsilon Iota/Nebraskan Student Union Honorary Award, and was a finalist for homecoming queen in 2018. 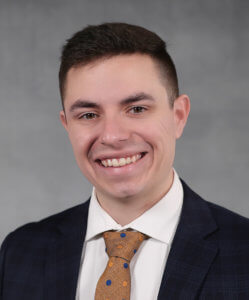 Austin Jacobsen of Sidney graduates Friday with a degree in sports communication and exercise science. He accepted a position with KRVN Radio in Lexington as a news reporter and sports broadcaster.

During his time at UNK, Jacobsen served as a Chancellor’s Ambassador, campus visit assistant, student ambassador for the kinesiology and sport sciences department, student leader in Campus Recreation and social media chair for the Mortar Board honor society.

He was also active in his fraternity, Sigma Phi Epsilon, holding various leadership positions and serving as president of the Interfraternity Council. Jacobsen was selected for Sigma Phi Epsilon’s Tragos Quest to Greece in 2018. 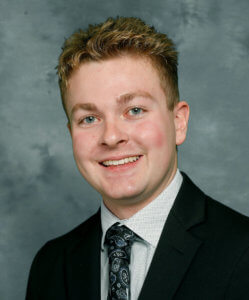 Cy Cannon of Silver Creek will graduate in December with degrees in multimedia and psychology. He plans to work for a marketing/advertising agency.

A dean’s list student and Board of Regents Scholarship recipient, Cannon maintains a 4.0 GPA while participating in the UNK Honors Program. He’s president of the Honors Student Advisory Board, a Loper Leader captain, Honors Program and First Year Program mentor and behavioral statistics teaching assistant.

Cannon worked in UNK Communications and Marketing for four years, earning UNK and Nebraska Student Employee of the Year honors in 2019.

He’s a member of the Mortar Board honor society, a counselor for UNK’s Digital Expressions Media Camp and a participant in the Undergraduate Research Fellows and Summer Student Research programs. 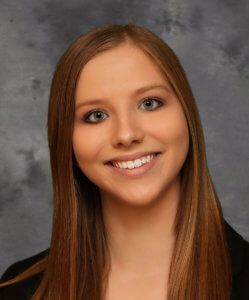 Haley Pierce of West Point graduates Friday with a degree in journalism and minors in political science, women’s and gender studies and media production. She will pursue a master’s degree in political communication at Indiana University.

A dean’s list student with a 4.0 GPA, Pierce was a member of the UNK Honors Program and she also served as a program mentor. She was president of FIRST Leaders; president, vice president and homecoming chair for Loper Programming and Activities Council; president of the Lambda Pi Eta honor society; vice president of the Residence Hall Association; treasurer for Students in Mass Media; and managing editor, news editor and sports editor of The Antelope student newspaper.

Pierce was a Student Diplomat, New Student Enrollment leader, Blue Gold Welcome coordinator and mentor in the Friends Program. Additionally, she was a member of the Student Advocacy Network and National Residence Hall Honorary.

Pierce participated in undergraduate research, including presentations in Omaha, St. Louis, San Diego and Tokyo, Japan, and she was a finalist in the Intercollegiate Broadcasting System College Media Awards.