He recognized the importance of the 1969 U.S. Supreme Court case Brandenburg v. Ohio, but he wasn’t satisfied with the scholarly articles – or lack thereof – focusing on this landmark decision.

“This case introduced the rubric the Supreme Court uses today to define what freedom of speech means and our limits on political speech,” Hillesheim said.

Yet, in his mind, it was a story that hadn’t been fully told. Hillesheim decided it was up to him to put all the pieces of this historically significant puzzle together.

“I knew from the get-go that I was going to tell the whole story, and that turned out to be a lot,” he said. “There was a lot of information out there, it just happened to be scattered all over the place.

“I needed to figure out how to reconstruct and tell that story in a way that gets as close to ‘the truth’ as possible.” 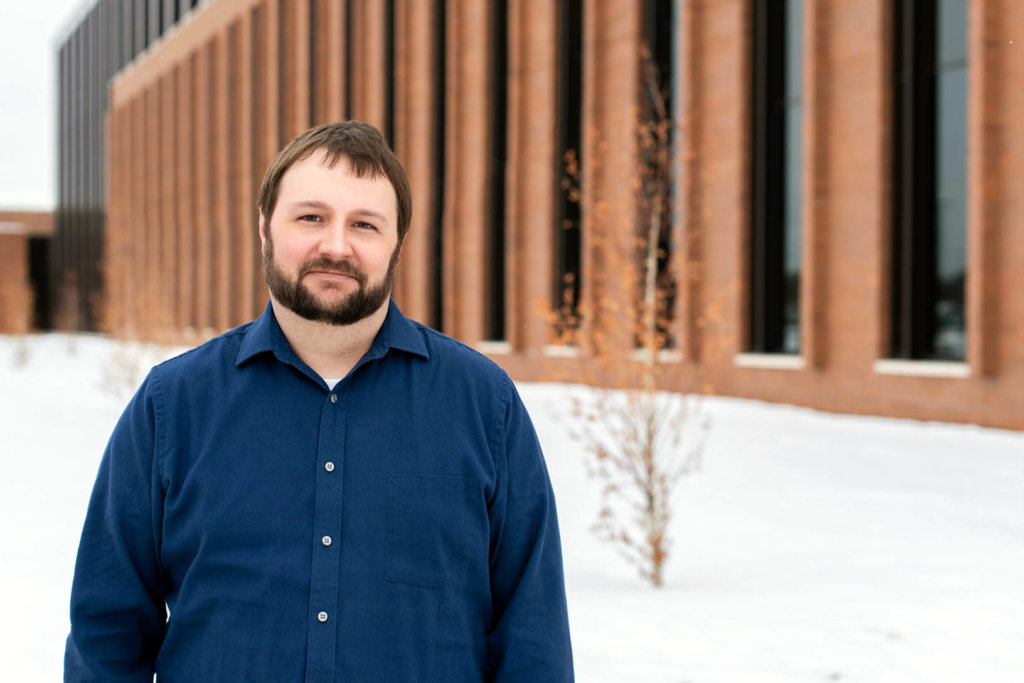 The basics of the case are well-documented.

Clarence Brandenburg, a Ku Klux Klan leader from Ohio, spoke at a rally for the white supremacist group in summer 1964. A Cincinnati television station covered the rally, and law enforcement from Hamilton County recognized Brandenburg’s voice in the footage.

He was later arrested and convicted under Ohio’s criminal syndicalism law. The statute, enacted in 1919 during the First Red Scare, made it illegal to advocate for political, social or economic change through violence or other unlawful means and prohibited people from assembling with any group formed to “teach or advocate the doctrines of criminal syndicalism.”

Brandenburg’s conviction was challenged by the American Civil Liberties Union, which argued that the criminal syndicalism law violated his right to free speech as protected by the First and 14th Amendments.

The case eventually reached the U.S. Supreme Court, which overturned Brandenburg’s conviction and struck down Ohio’s criminal syndicalism statute, ruling that the government cannot punish inflammatory speech unless it’s intended to incite an imminent violation of the law and is likely to produce such action.

The “imminent lawless action” test remains the standard used to define the limits of inflammatory speech. 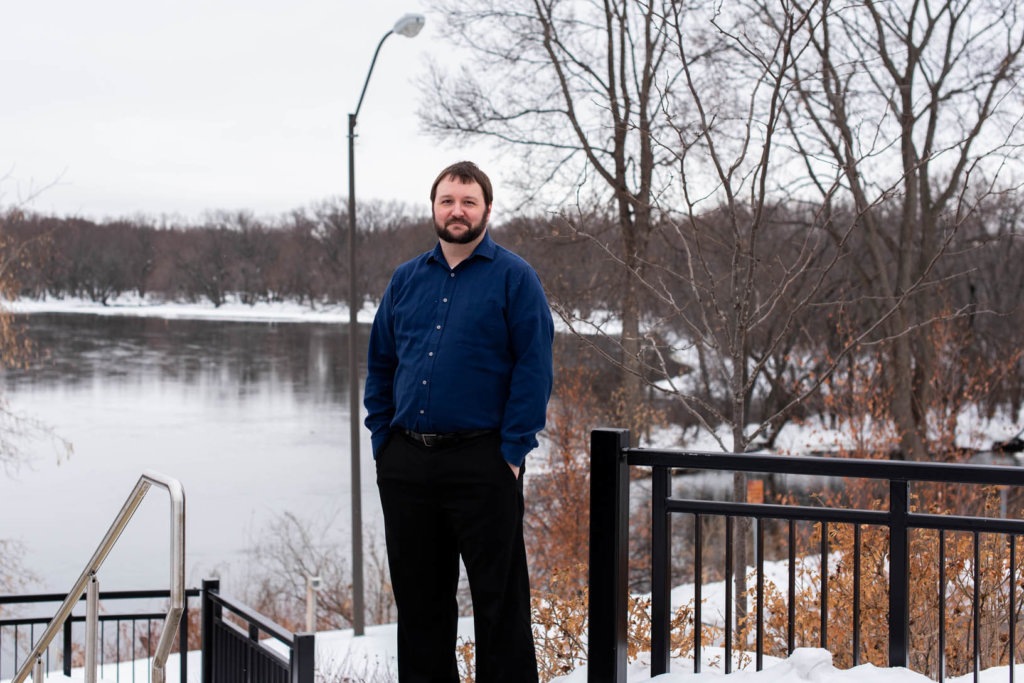 For his thesis – “Sanctuary of Belief and Conscience: The U.S. Supreme Court, Freedom of Speech, and Brandenburg v. Ohio” – Hillesheim dug deeper into the case.

He wanted to know who Brandenburg was, why he joined the KKK and what led to his conviction. He also wanted to know why the Supreme Court ruled the way it did and how this impacts free speech rights today.

Hillesheim, a high school history teacher in Elk River, Minnesota, managed to track down and interview a member of Brandenburg’s family, and he obtained the former U.S. Marine’s military personnel file from the National Personnel Records Center in St. Louis.

The 35-year-old dug through online archives from the Cincinnati Enquirer newspaper and acquired an official transcript from the Hamilton County court case. He also gathered records from the national ACLU and its Ohio chapter, and he traveled to Washington, D.C., to access the Supreme Court justices’ manuscript collections.

Of note, Hillesheim said, is the majority opinion was initially drafted by Justice Abe Fortas before he resigned from the Supreme Court in May 1969. That draft included a modified version of the clear and present danger test.

When Justice William Brennan Jr. finalized the opinion, he removed this language and inserted the “imminent lawless action” test.

“This was very intentional on the part of Justice Brennan to essentially sneak something incredibly speech protective past his colleagues,” Hillesheim said.

Hillesheim, who received the University of Nebraska at Kearney’s Outstanding Thesis Award in 2018 and presented at the Missouri Valley History Conference, hopes his research brings clarity to the ongoing free speech debate.

“Understanding freedom of speech, what imminent lawless action means and what our limits are today puts us in a better position to discuss and debate these things. I think that’s especially important since we’re dealing with a revived alt-right,” he said, referencing the white nationalist movement.

“In the 1960s, the alt-right was the KKK,” he added. “There are a lot of things we’re able to learn from how the alt-right of the 20th century intersects with the law and freedom of speech.”

Even if you don’t agree with someone’s message – Brandenburg’s KKK speech is one example – this case makes it clear Americans still have the right to express those opinions, Hillesheim said.

“I want people to know that what the Supreme Court does matters,” he said. “They make decisions that shape our history, our society and our everyday lives.” 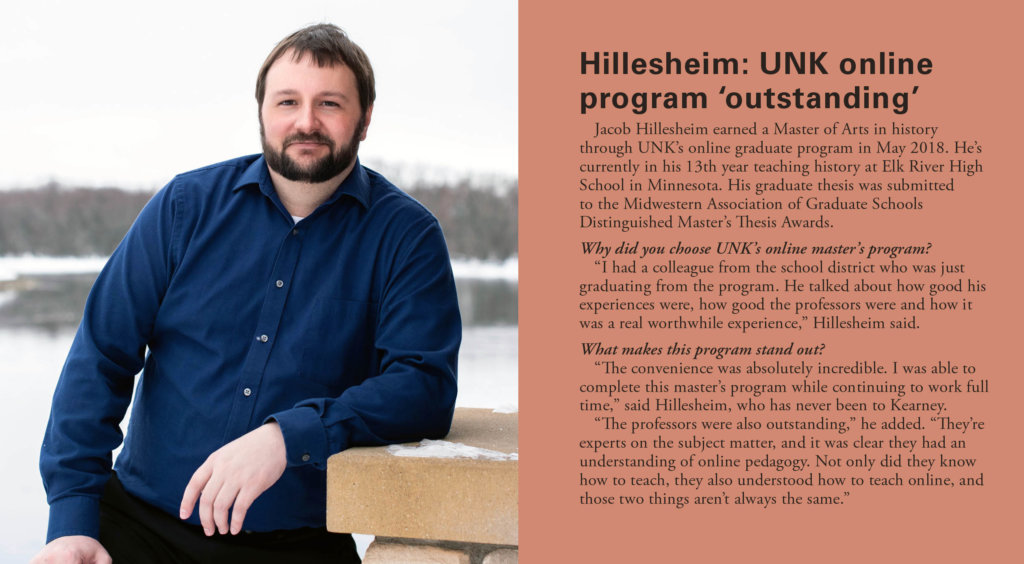