Dr. Kate Heelan grew up eating right and staying active, became a high school athlete and earned a college soccer scholarship. When her own children started school, though, she realized why so many people have trouble staying healthy.

“I saw my daughter, who’s very smart, being fed everywhere she went. She would get A’s, she would get perfect attendance, and every reward she was given was a food reward,” Heelan said.

Even when coaching her children’s soccer teams, one of the first jobs was to fill out the sign-up sheet for snacks and drinks.

“I didn’t realize how much food influenced our environment. So even though we were an active family, everywhere you turned around you had to bring a snack for something.”

Her awareness of the barriers between children and a healthy lifestyle has informed Heelan’s work as an educator and researcher.

Heelan, director of UNK’s Physical Activity and Wellness Lab, has created programs to prevent and treat pediatric obesity for more than two decades. While quick to stress that she’s always been part of larger teams, Heelan has secured funding for and coordinated projects that affect thousands of Nebraska children.

Thanks to her largest grant so far – $2.5 million from the Centers for Disease Control and Prevention – Heelan and her team are packaging a long-running obesity treatment program called Building Healthy Families for broader distribution. While eager to reach more families, she’s taking care to keep the program’s focus where it’s always been: on the kids.

“I feel like I’ve always taken a more realistic view because my kids have always been so involved. I’m not a good cook, and it’s unrealistic that there’s going to be a healthy dinner on the table every night at 6,” said Heelan. “So how can we help other families figure out how to make better choices in a busy, fast-food-laden environment where as busy as we are, we can still be healthier.”

When Heelan began her research, as a UNK graduate student in 1993, the country’s obesity epidemic was already old news. The most recent CDC data shows about 20% of American children (one of every five) are classified as obese. 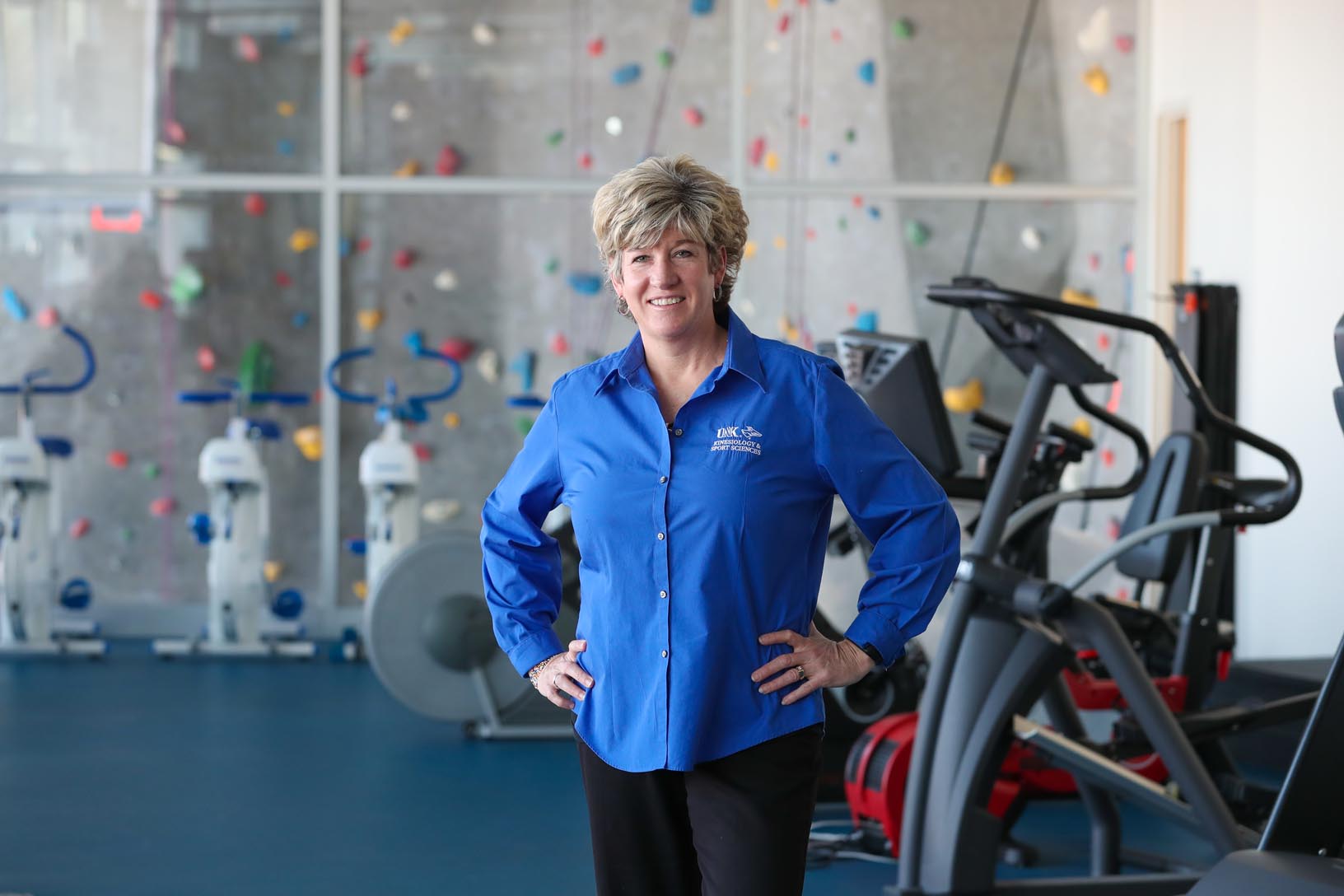 One of Heelan’s first efforts was a Walking School Bus program, in which UNK student volunteers walked children to and from their elementary schools as a way to increase physical activity and decrease excessive weight gain. In 2008, she began working with local schools on policies to increase physical activity and offer healthier food options, including limiting classroom celebrations and offering non-food rewards.

Her research on those changes, published in the journal Childhood Obesity in 2015, showed a 15.2% relative decrease in the prevalence of obesity at those schools between 2006-12.

“The first year we were hoping for 200 kids, and we got 400,” she said. Today, 800 students come to UNK, and programs across the state use the same curriculum. She estimates the program impacts 2,000 children annually.

The BMI Report Card is a web application that calculates body mass index and generates a “report card” that can be emailed to parents. Heelan formed a team to develop the app after working with schools that were going to end height and weight screening as part of their normal health assessment, due to budget cuts.

“I just didn’t think a nurse should tell a family their child has high blood pressure and not bring up weight as a way of helping their health,” she said.

Almost 30 schools across the state now use the application, with most using the parent notification system as well.

“So now in the schools, someone just has to stand there with an iPad, plug in the height and the weight and it will do all the calculations t into our web application,” she said. 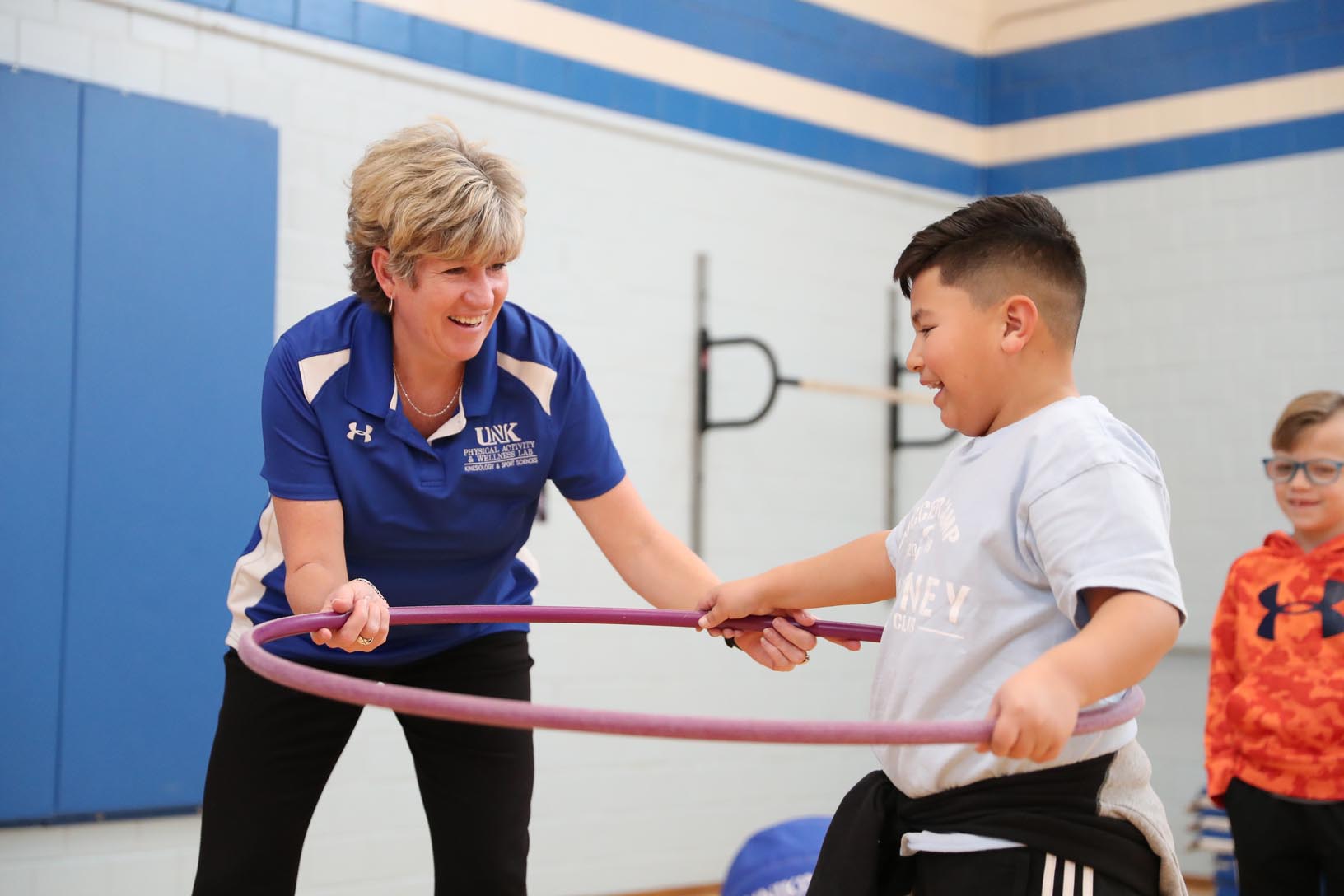 About 10 years ago, Heelan’s efforts shifted from obesity prevention to treatment with the creation of the Building Healthy Families program. She credits Dr. Kenton Shafer, who helped develop the BMI Report Card, with helping spark the change. A Kearney pediatrician, Shafer didn’t feel right about notifying parents their children were overweight without having a treatment program that could offer help.

Heelan teamed with nutritionist Kaiti George and psychologist Nancy Foster on the project.

“Kaiti George developed and delivers the nutrition education, Nancy provides the lifestyle modification lessons, and I coordinate the program. We’ve had different people do the physical activity side of things over the years, but the three of us have stayed true,” Heelan said, adding the program has benefited the team as well as the families.

“You do feel good, and you see a kid who at the end of three to six months carries themselves differently, feels differently about themselves. The data definitely shows huge differences.”

Even before crunching the numbers, though, Heelan knew of the program’s effectiveness from the families themselves.

Two fathers, she said, no longer need blood pressure medications thanks to their lifestyle changes, and one also dropped his cholesterol medicine. One child, who no longer needs his asthma inhaler, asked his teacher if their class could have a “healthy party,” rather than the sugar-infused parties they normally had.

Then there was the boy who asked his grandparents if they could start going out to lunch at Subway rather than other fast-food places. He and his father, who had a heart attack at 35, began running 5Ks together after going through Building Healthy Families. They eventually ran the 10-kilometer Bolder Boulder race.

“What we’ve seen is these kids, 8- and 10-year-olds, absorb this Traffic Light eating plan. And then you’ll hear parents telling stories about how their child is the one saying, ‘No we can’t have that. That’s a red food. We need to do something different,’” she said. 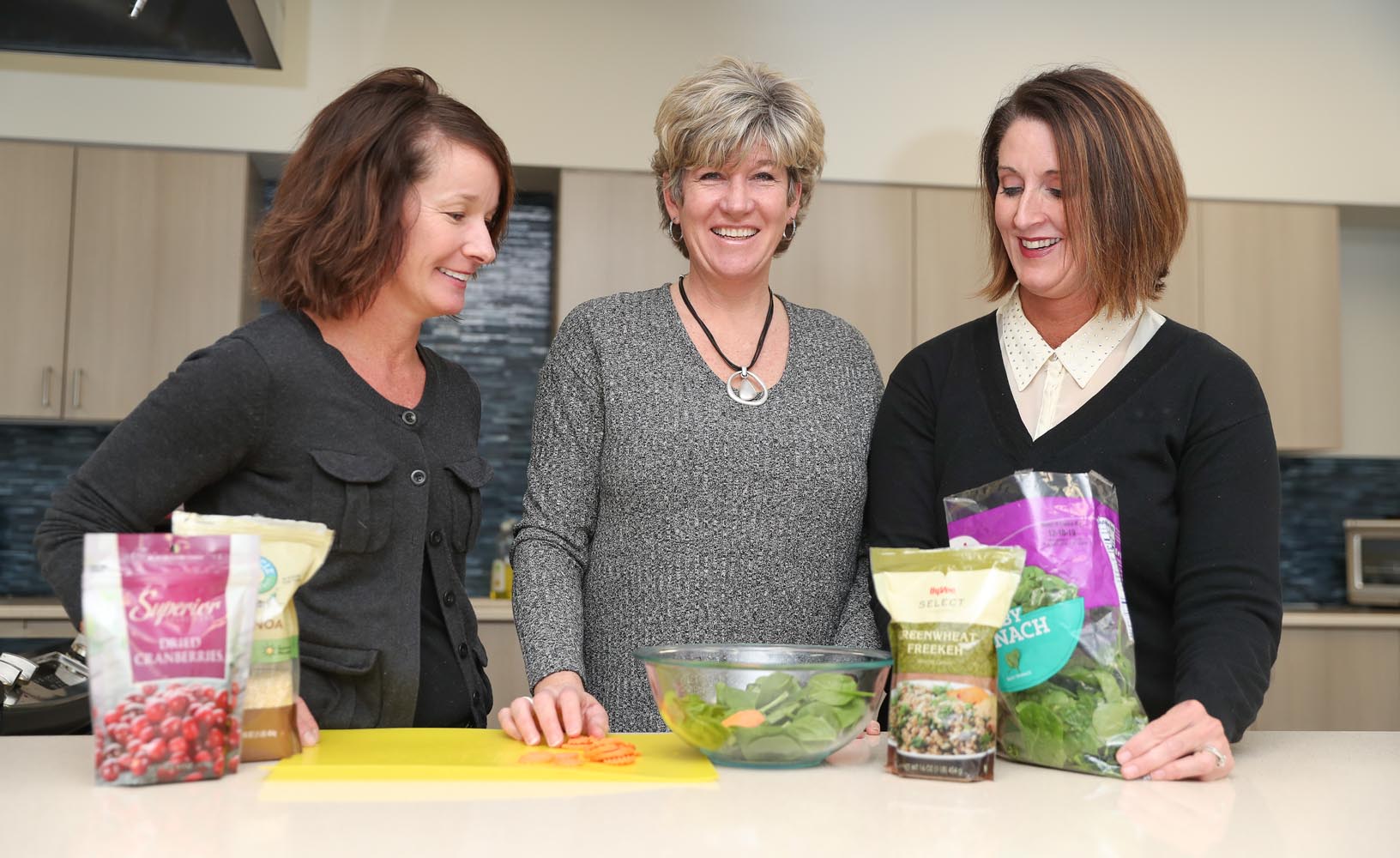 Heelan’s research was funded by a continuous flow of smaller grants until receiving the $2.5 million award from the CDC. She said the center’s call for proposals came when her team was looking for new ways to spread the reach of the Building Healthy Families program.

Several years ago, Heelan and her team packaged the curriculum for an experimental program in Holdrege, with instruction delivered by the YMCA staff there. Another grant allowed her team to deliver Building Healthy Families via distance education, with families in McCook and Broken Bow connecting to the Kearney classes. 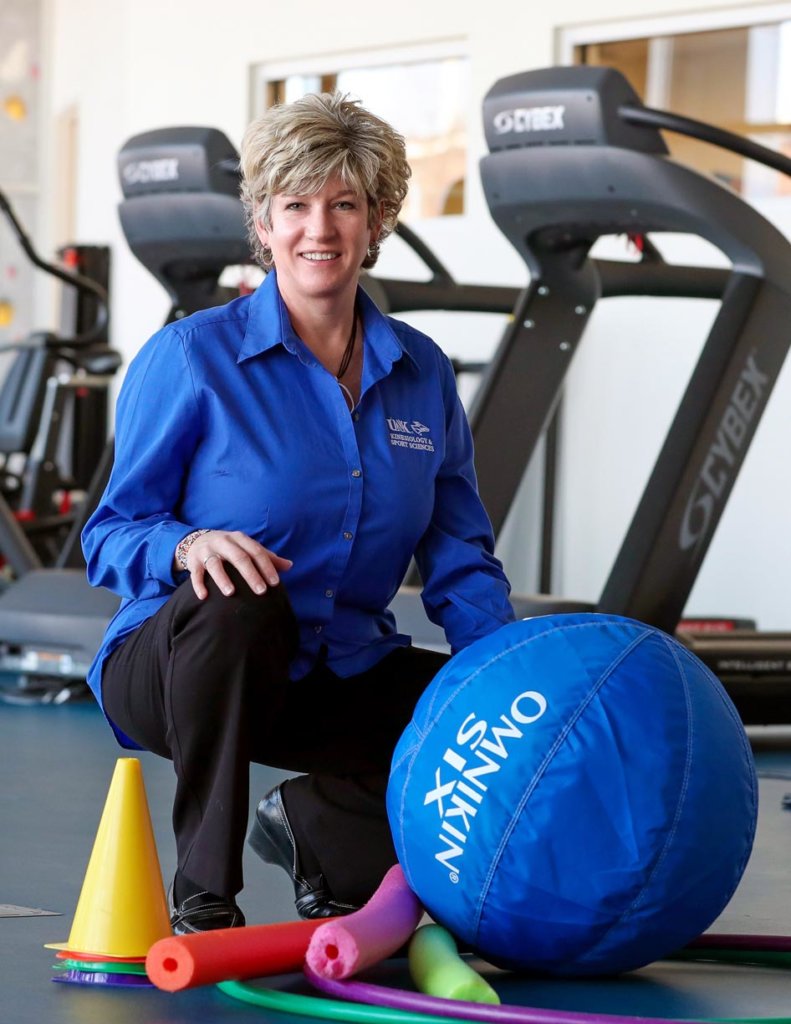 “It worked OK. It was a way to get into rural communities, but it wasn’t as great as we had hoped. That’s what led to this big grant, which is to create a turnkey packaged program for other communities to deliver,” she said.

Communities have already applied for the program, and up to eight will implement the program in 2021.

Having communities apply, rather than recruiting towns to try the program, is key to duplicating the Kearney program’s success. People are referred to Building Healthy Families by their pediatricians and through the BMI Report Card, while others respond to newspaper ads. Heelan doesn’t track down referrals but waits for people to contact her because personal motivation is so important.

“Our most successful families were the ones who saw the advertisement, heard about it at the clinic or they got the BMI Report Card that showed this program, and they decided on their own to join it,” she said. “We’re not trying to get just anyone in t to work with families who want to be here.”