KEARNEY – Mikayla Frei was coming off one of her best performances as a Loper.

The University of Nebraska at Kearney senior carded a 163 over 36 holes to tie for 21st place at the Southwest Minnesota State Spring Invite. UNK finished second in the seven-team event, posting the third-lowest 36-hole score (614) in school history and tying the fifth-best 18-hole performance (304).

That tournament, played March 9-10 at The Wigwam resort in Litchfield Park, Arizona, would be the first and last of the season for the Lopers. Two days later, the NCAA announced its decision to cancel all remaining winter and spring championships because of health concerns related to the global coronavirus (COVID-19) pandemic.

“Obviously, it was tough,” he said. “There were tears shed by everyone, but especially the seniors.”

For Frei, one of two seniors on the UNK roster along with Brandi Lemek, it was an unexpected end to her collegiate golf career.

She was shocked, upset, sad and disappointed all at once.

“I really do think that had we had a spring season, we would have been able to do some things that UNK hasn’t been able to do before,” said Frei, a three-time Mid-America Intercollegiate Athletics Association (MIAA) Academic Honor Roll selection.

“We were prepared to do big things this spring, but I know all of them are also prepared to do great things moving forward in their lives,” Rodehorst said.

That’s the position Frei now finds herself in. 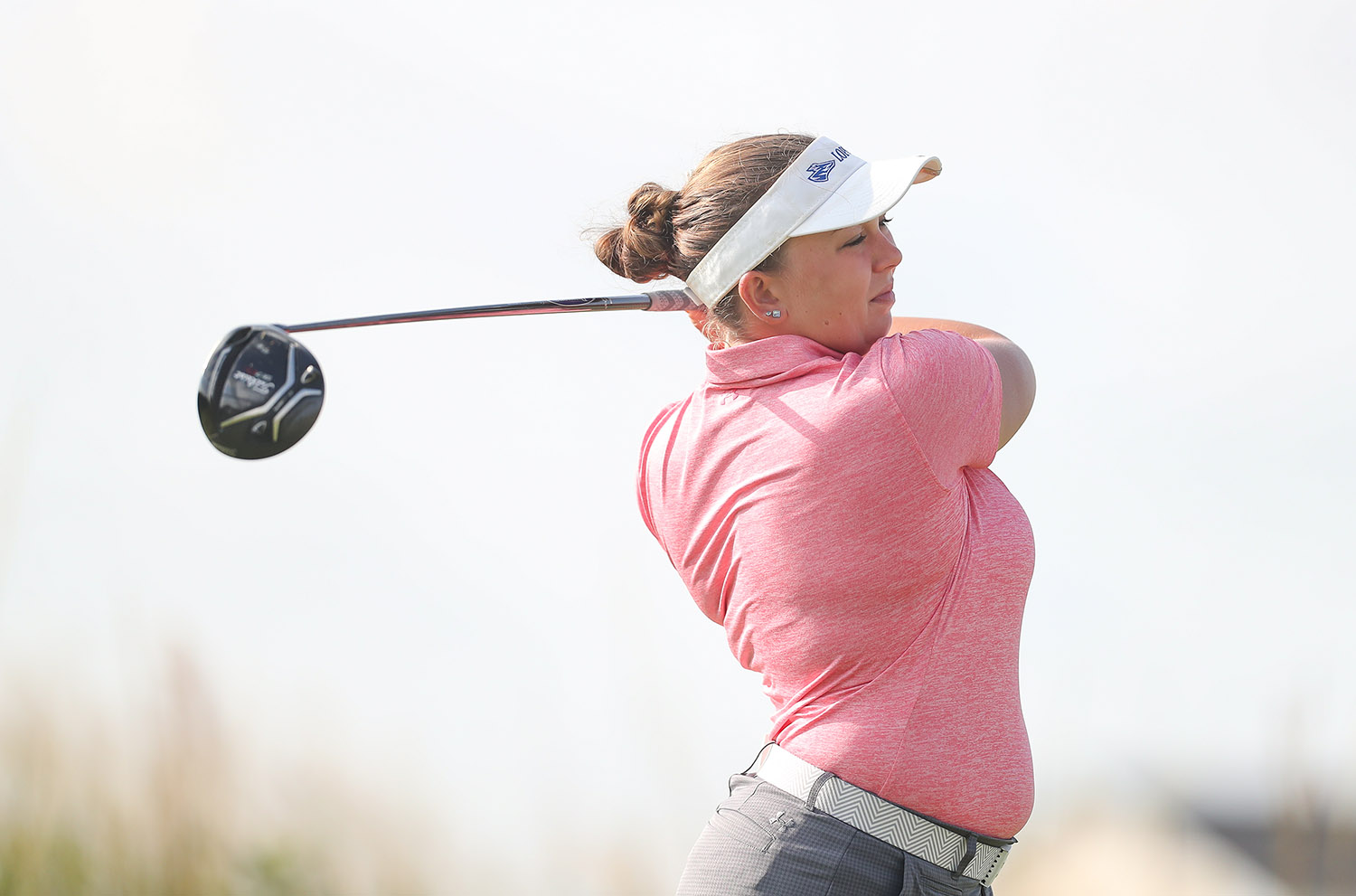 A native of St. George, Utah, Frei helped Dixie High School finish in the top six at the Class 3A state tournament three times, including a runner-up performance in 2015. Individually, she was fifth in Class 3A as a junior before tying for 10th as a senior.

She committed to UNK after visiting Kearney just once.

“When we left, I told my parents that’s where I want to go. I just fell in love with the campus,” said Frei, who received an athletic scholarship and a Blue and Gold academic scholarship, which covers the full cost of tuition for non-Nebraska residents attending UNK.

Although her playing career “could have been a lot better than it was” – Frei posted an 85.44 scoring average over 18 rounds – she called the past four years “an amazing ride.” 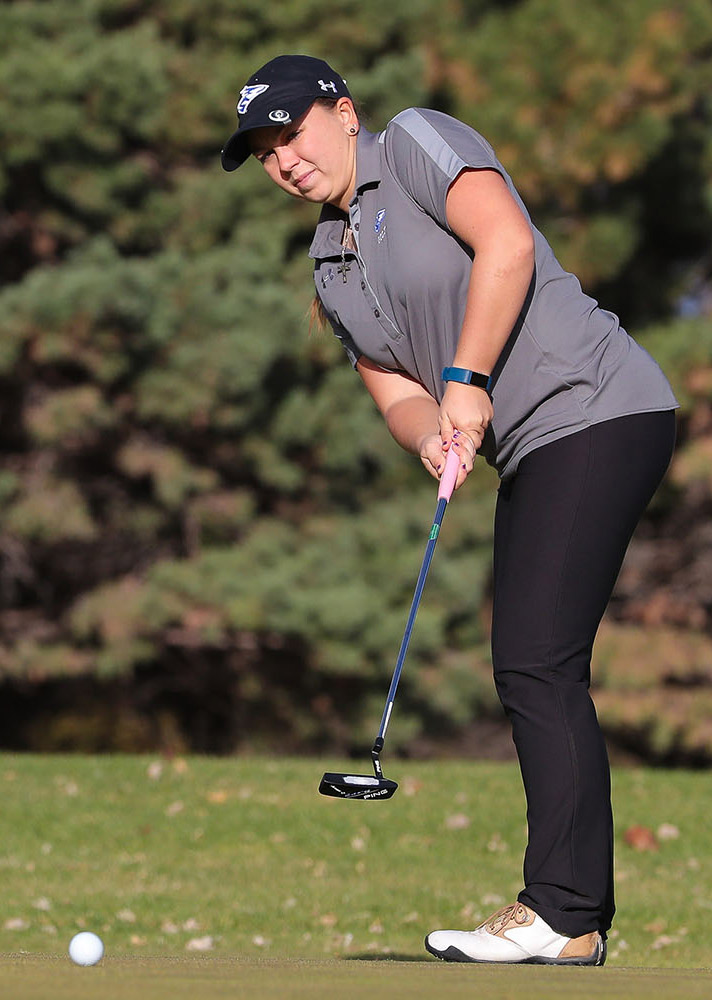 Frei, who maintains a 3.62 GPA, also competed in the National Athletic Trainers’ Association Quiz Bowl. UNK took second at the state and district Quiz Bowl competitions in 2019, and this year’s team won the state event before the district contest was canceled.

“The last 18 months have completely opened my eyes and really broadened what I want to do with my career,” said Frei, who plans to attend graduate school after the coronavirus crisis subsides.

Earlier this week, the UNK senior moved back to her family’s farm in southwest Utah, where she’ll finish the semester remotely before graduating in May.

Although she’s now 1,000 miles from the campus she loves, Frei is just as proud to be a Loper.

“UNK is a special place and I’m just so grateful that I was able to come here,” she said.