NCAA SUPER REGIONAL VI CHAMPIONSHIPS
UNK is hosting the NCAA Super Regional VI Championships on Saturday at the Health and Sports Center.
Doors open for fans at 9 a.m., with wrestling beginning at 10 a.m. Finals are scheduled to start at 5 p.m.
Wrestlers from 10 schools, including sixth-ranked UNK, are competing in the double-elimination tournament. The top three finishers from each weight class advance to the NCAA Division II Championships scheduled for March 13-14 in Sioux Falls, South Dakota.
Tickets can be purchased online at www.lopertickets.com or at the Health and Sports Center the day of the tournament. UNK season tickets and passes aren’t valid for the event.
Fan parking is available in Lot 14 on the west side of the Health and Sports Center.
Live results can be viewed at www.trackwrestling.com.

KEARNEY – The match has replayed in his mind countless times over the past year.

University of Nebraska at Kearney wrestler Josh Portillo was two minutes away from celebrating a Division II national title with friends, family and teammates gathered inside the Wolstein Center in downtown Cleveland.

It was supposed to be his moment to shine.

Instead of achieving his dream, Portillo surrendered a pair of third-period takedowns to top-seeded Carlos Jacquez of Lindenwood University, who completed an undefeated season with a 5-3 victory in the 125-pound championship match.

“I think about it a lot, what could have gone differently,” Portillo said of the loss. “Little changes. I know the takedown that won the match. It was something so minute, something so little, that won him the match.”

Portillo knew he was good enough to beat Jacquez, who was named the 2019 National Wrestling Coaches Association (NWCA) Division II Wrestler of the Year. The two also met at the 2018 NCAA Division II Championships, where Portillo earned a 9-5 victory to take fifth place.

But that win didn’t mean anything last March as Portillo knelt on the mat, his head in his hand, while Jacquez jumped into his coach’s arms.

“There’s something about getting second that just burns,” Portillo said. “It burns bad. It’s probably the most heartbreaking loss.”

A photo of that moment, representing both the agony of defeat and thrill of victory, is featured on Portillo’s Twitter account. It’s a daily reminder of why he needs to work harder than everyone else.

Portillo’s father Gino introduced him to wrestling when he was 4 years old.

And he had the perfect training partner to develop that winning attitude – his twin brother Justin.

“There’s definitely been some competition between us,” Portillo said. “Lots of fists to faces, stuff like that. We grew up fighting each other all the time.”

On the wrestling mat, the brothers constantly motivated each other and engaged in one-upmanship, as evidenced by a story from their high school days.

It was the end of practice at Clarion-Goldfield-Dows High School in Iowa, and the siblings stuck around to put in a little extra work.

Portillo picked up a jump rope and completed a routine. Then Justin asked how many jumps he did. The answer was 200.

The next day, Justin made sure he topped that number, and the back-and-forth battle continued until they were both doing more than 600 jumps after each practice.

Portillo went on to win three state wrestling titles in Iowa, posting a 126-2 record over his final three seasons, and Justin claimed consecutive state championships as a junior and senior.

UNK head wrestling coach Dalton Jensen recruited Portillo as a high schooler, but he decided to enroll at South Dakota State University with his twin brother.

“UNK was always my No. 1 choice, but they were Division II and I really wanted to be Division I,” Portillo said. “Looking back, it was a silly mindset. Sometimes you have to think about your happiness above other things.”

The brothers spent a redshirt season at South Dakota State before deciding to leave the program. Portillo admits he was “really close” to quitting the sport at one time.

“Wrestling wasn’t necessarily the problem,” he said. “It was the people I was around, and the dynamic there.”

The siblings went their separate ways after South Dakota State. Justin transferred to Grand View University in Des Moines, Iowa, and Portillo picked UNK over five Division I schools. They made their announcements on Christmas Day in 2017.

“It was kind of stressful recruiting him that second time around,” Jensen said. “He was going to make a really bad Christmas for me or a really good one.”

Portillo joined the Lopers in January 2018 and immediately fell in love with wrestling again.

“I should have been at UNK in the first place,” he said. “I love the coaches, and I love the team dynamic. They make it a good place to be and a good environment to be a wrestler. I feel like I belong here.”

Even though they’re now five hours apart and competing in different divisions, the Portillo brothers’ sibling rivalry lives on.

Justin was the first All-American, finishing third in the 2018 NAIA national tournament six days before his twin brother took fifth at the Division II level.

“He kind of teases me about that,” said Portillo, whose national runner-up finish in 2019 bested his brother’s fifth-place trophy.

Portillo believes they can both win national championships this season.

UNK has seven ranked wrestlers entering Saturday’s Super Regional VI Championships, which will be contested at the Health and Sports Center.

“Talent-wise, we have the best team in the nation,” Portillo said. “I can say that with confidence. I think we can qualify almost every guy at regionals, and we could have multiple national champions. This team is that good.”

Jensen is counting on Portillo and his unrelenting determination to be the best to help lead the way.

“He won’t be satisfied with getting through his wrestling career without winning a national title,” the UNK coach said. “It’s something he needs to fulfill for himself.”

It’s also something he needs to accomplish for all those people who showed up to watch him last year in Cleveland.

“I want to make them proud and wrestling is kind of my outlet to do that,” Portillo said. “Since I’ve put so much time into wrestling, I’ve got to make it worth it. I feel like I have to win a national title for them to say thank you for supporting me through this journey.”

In addition to his athletic success, Portillo also excels in the classroom.

The two-time All-American maintains a 3.98 GPA while majoring in health and physical education.

“I probably take more pride in my academic goals,” Portillo said. “I can tell you I work just as hard in academics and athletics.”

He was also the first-ever Loper to receive the NCAA Elite 90 award, which is presented to the student-athlete with the highest cumulative GPA participating at the finals site for each of the NCAA’s 90 national championships.

Last summer, he taught more than 4,000 athletes at wrestling camps across the Midwest.

The 21-year-old’s career goals include teaching and coaching wrestling. 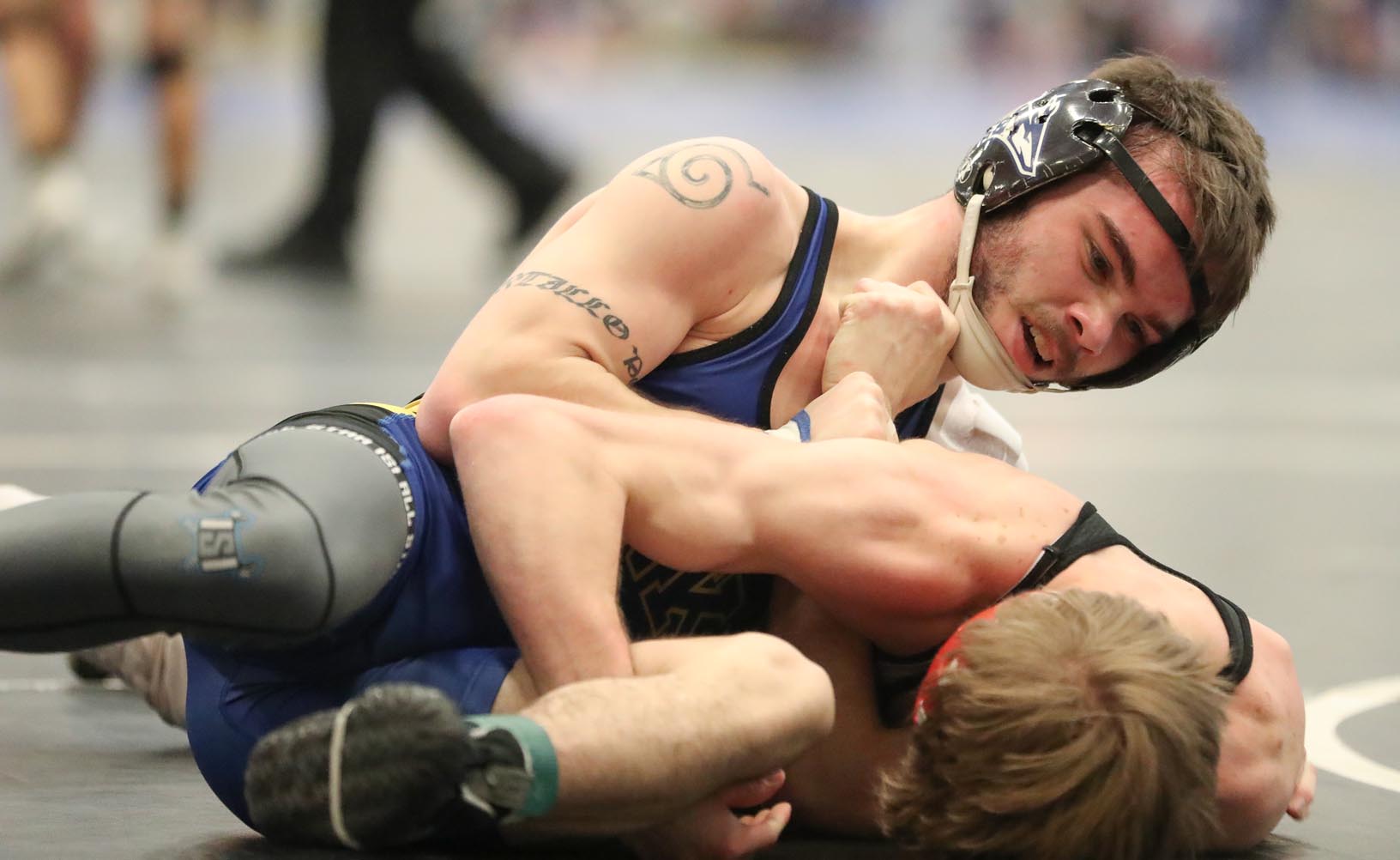