KEARNEY – “You have to be a different breed to play goalie.”

Those are the words of University of Nebraska at Kearney head women’s soccer coach Chloe Roberts while discussing what’s arguably the most difficult position in the game.

Goalies must be smart, athletic and strong, both mentally and physically, to excel at the NCAA Division II level.

Fortunately, Roberts has a player who possesses all of those abilities.

Allie Prososki has proved time and again she’s one of the best in UNK history at the position.

“She’s grown and evolved into an amazing keeper for us,” Roberts said.

Her numbers speak for themselves.

Prososki entered the 2019 season with the best goals against average (1.13) in program history. She’s recorded a school-record 13 individual shutouts, and her 13 career wins, 208 saves, .836 save percentage and 40 starts at goalie all rank second all-time at UNK.

Not bad for someone who committed to UNK in a different sport.

A standout athlete at Kearney Catholic High School, where she won three state titles in volleyball and was named an all-state performer in both basketball and soccer, Prososki began her Loper career as a member of the women’s basketball team.

“Basketball was my one love growing up. I always wanted to play basketball. That was my go-to sport,” said Prososki, who set the career record for 3-pointers made at Kearney Catholic and helped lead the Stars to three straight state tourneys, including a pair of state runner-up finishes.

Prososki appeared in just four games as a freshman for UNK in 2015-16, then she was offered a chance to try out for the soccer team.

“It was a really hard decision,” she said. “But I knew if I was given this opportunity to play, I might as well take it and see what happens.”

The 5-foot-8 goalkeeper made a seamless transition back to the soccer field.

Prososki took over the starting job when Ali Hirschman was injured in the season opener in 2016. She started 15 of the team’s 18 matches, going 6-6-3. Her six victories, 73 saves, 0.98 goals against average and .830 save percentage all rank inside the top 5 in UNK history, and her six solo shutouts that season are the school’s most since the program started in 2009.

After being named an honorable mention all-conference performer in the Mid-America Intercollegiate Athletics Association (MIAA), Prososki took a back seat to Hirschman as a sophomore.

“That was tough,” Prososki said. “It’s always hard going from a starter to a reserve, but I just changed roles. I took the opportunity when I got to play, still practiced hard, still cheered my teammates on.”

“She’s one of the most coachable players I’ve been around,” Roberts said. “She’ll always listen. She wants to get better. And she fights for that starting spot every single day in practice. I don’t think there’s a day I can remember when she didn’t give 100%.”

“And she does it with a smile,” the UNK coach added. “She always comes to practice with a smile on her face and she’s ready to work. Those are the players you want in your program. People feed off that.”

Prososki only played in five matches in 2017 with three starts, but she took advantage of those opportunities, allowing just two goals while making 15 saves and posting a 1-1-1 record. Her 0.59 goals against average and .882 save percentage are the second-best season marks in school history.

In 2018, she regained her starting position and collected all five of UNK’s wins, earning honorable mention All-MIAA status a second time.

The 22-year-old was named a co-captain for this year’s team, which features 15 freshmen on the 26-player roster. Roberts knew she’d need to rely on Prososki and the four other seniors to bring leadership and experience to a young squad.

She’s been dependable as ever in the net, allowing just seven goals on 139 shots while making 72 saves. Although Prososki has a 1-4-5 record and the team is 2-7-6, her goals against average (0.56) and save percentage (.911) are both career highs and she’s recorded four solo shutouts. UNK has six total shutouts this season, and the Lopers have allowed the fourth fewest goals (15) in the conference.

“I’m just trying to become the best player I can be, leaving it all out on the field, knowing I only have a few matches left,” Prososki said. “The season’s not over yet. We just need to take one game at a time and make sure we keep working hard.”

With three regular-season matches remaining, including Sunday’s home finale against Rogers State, UNK is still in the hunt for the eight-team MIAA Tournament.

Regardless of the outcome in those matches, Prososki knows her experiences on the Loper soccer team will help her as she prepares to student teach next semester before pursuing a career in middle grades education.

“She’s a perfect example of a student-athlete,” Roberts said. “She has great grades in the classroom and great leadership on the field.”

“It’s going to be a huge loss for this team,” Roberts said. 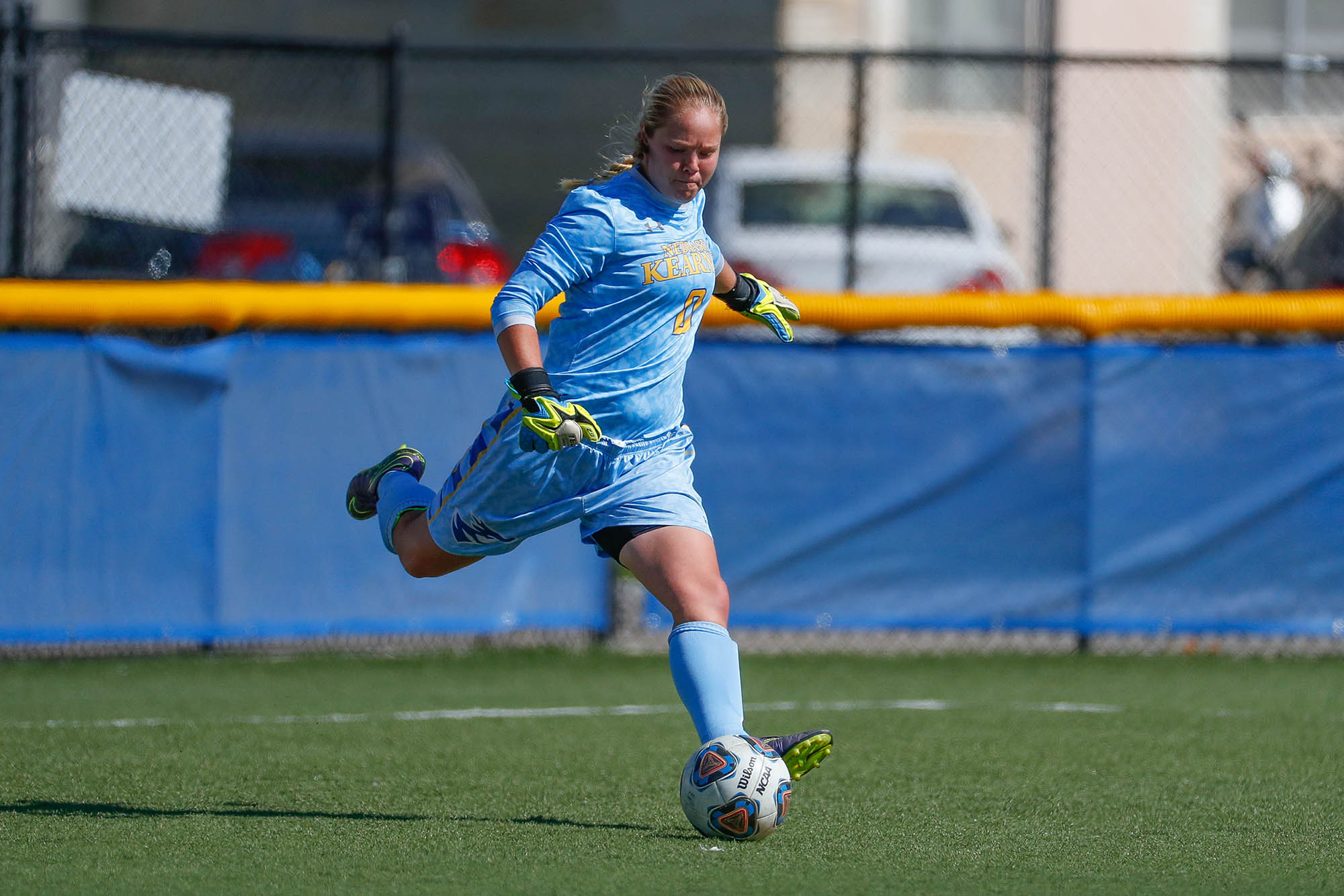