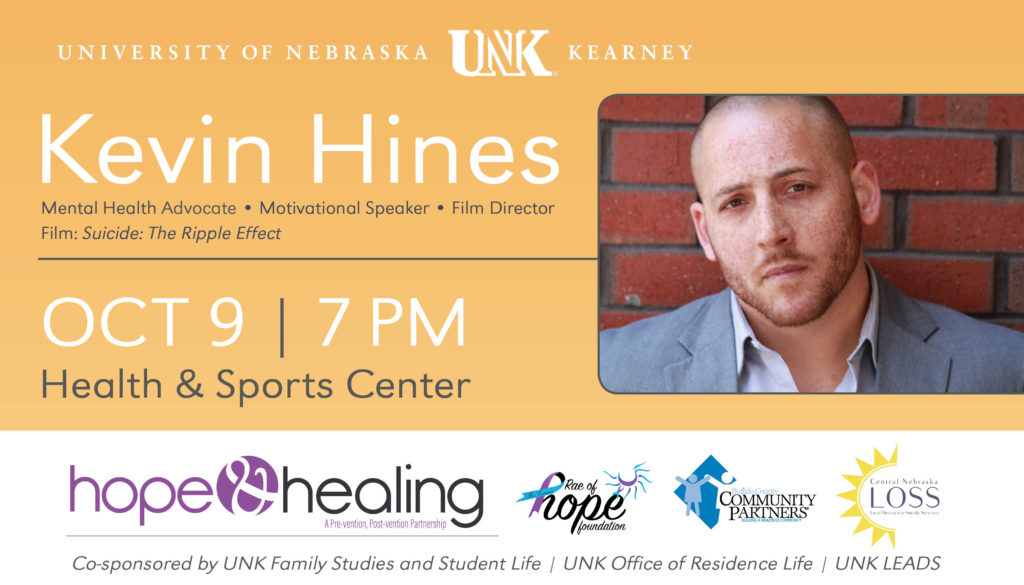 KEARNEY – Because of strong campus and community interest, Kevin Hines’ appearance at the University of Nebraska at Kearney has been relocated to a venue that can accommodate a larger number of attendees.

The nationally recognized suicide prevention and mental health advocate will speak 7 p.m. Wednesday (Oct. 9) in the Health and Sports Center on campus. This event is free and open to the public.

Hines, who survived a suicide attempt after jumping from the Golden Gate Bridge in September 2000, shares his inspirational message of hope and healing with audiences across the globe as part of his efforts to improve the lives of people with mental illness and reduce the number of suicides and suicide attempts worldwide.

His memoir, “Cracked, Not Broken: Surviving and Thriving After a Suicide Attempt,” was released in 2013 and his story has been featured in Time magazine, the New York Times, Newsweek, Vanity Fair and other media outlets, as well as the 2006 film, “The Bridge.” He released a documentary, “Suicide: The Ripple Effect,” in 2018.