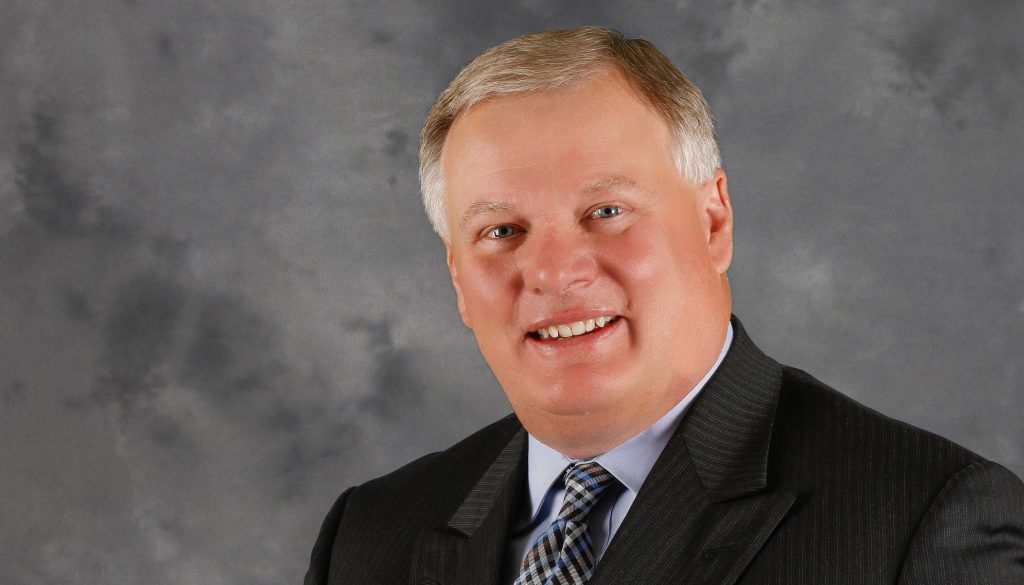 “I think you’re going to see our campus get a new shot of energy and excitement.”
– Chancellor Doug Kristensen

That’s how Chancellor Doug Kristensen is approaching the current leadership transition at the University of Nebraska at Kearney.

Those leaders who left campus will be difficult to replace, Kristensen said, but he’s excited about the mix of fresh and familiar faces who will step into these roles.

“New people bring new opportunities,” Kristensen said. “They bring the new experiences, ideas and energy that will help us continue to move forward.”

In the College of Arts and Sciences, created last summer by the merger of the colleges of Fine Arts and Humanities and Natural and Social Sciences, Ryan Teten will serve as the inaugural dean. Teten, previously an associate dean and political science professor at the University of Louisiana at Lafayette, takes over for Peter Longo, who will return to UNK’s political science faculty after a three-year stint as an interim dean.

As the first permanent dean, Kristensen said Teten has an opportunity to shape the College of Arts and Sciences and “put it on a trajectory for success.”

“I think that’s an attractive aspect of the job,” Kristensen said.

Another campus newcomer is Tim Jares, who replaces Tim Burkink as dean of the College of Business and Technology. Jares was chair and a finance professor at the University of Northern Colorado’s Kenneth W. Monfort College of Business, where he previously served as an interim, assistant and associate dean.

Burkink, who led UNK’s College of Business and Technology for 11 years, is transitioning to a full-time director role with the university’s Office of International Education after serving as interim director for nearly two years.

The College of Education also has a new leader to succeed Sheryl Feinstein, who retired last week after four years as a dean at UNK. Grace Mims, a professor and chair in UNK’s Department of Counseling and School Psychology, will serve as interim dean while UNK conducts a national search for Feinstein’s permanent replacement.

“I’m very comfortable with the turnover at the dean level,” Kristensen said. “I think you’re going to see our campus get a new shot of energy and excitement.”

He’s among a group of UNK employees recently promoted to administrative positions.

Kelly Bartling, previously assistant vice chancellor for communications and community relations, was selected in May to lead the newly formed Division of Enrollment Management and Marketing.

A consolidation of the departments of Communications and Marketing, Undergraduate Recruitment and Admissions, Scholarships and Financial Aid, Academic and Career Services and the First Year Program, the division will enhance the university’s focus on increasing enrollment and further improving student retention and graduation rates.

“Enrollment will be the single most important issue we face in the next five years. We need to focus on growth and strengthening our enrollments,” said Kristensen, who expects increased competition from out-of-state schools interested in Nebraska students.

“We need to be ahead of that curve,” he added.

He believes Bartling, who reports directly to Kristensen as a vice chancellor, has the passion, experience and skills needed to lead UNK in this area.

The same can be said about Marc Bauer, who was hired in April as UNK’s athletic director after spending a year in an interim role.

Kristensen called Bauer a “unique candidate” with experience in both public education and collegiate athletics.

The former Kearney Public Schools teacher and assistant professor in UNK’s Kinesiology and Sport Sciences Department was a three-time NCAA Division II All-American wrestler at the University of Nebraska at Omaha. Bauer was head coach of the UNK wrestling program from 2000 to 2016, leading the Lopers to three national championships and five national runner-up finishes. UNK also won two national dual titles and 18 conference and regional championships during his coaching tenure, and Bauer directed efforts that generated more than $3 million for the program through fundraising and donations.

The UNK chancellor was looking for a leader who could provide stability within the athletic department and ensure student-athletes have a good collegiate experience.

“Clearly, Marc was the right fit,” he said.

Another change involving senior administration is the promotion of John Falconer to senior advisor to the chancellor for executive affairs. He replaces Neal Schnoor, who accepted a position at California State University, Long Beach. Falconer joined UNK in 1999 and previously served as director of sponsored programs and director of the Honors Program.

In his new position he will provide counsel and assistance to the chancellor, serve on the administrative Cabinet and supervise the Office of Equity and Compliance, among other key duties.

Kristensen knows there will be a learning curve as these administrative members settle into their new roles and begin building relationships across the community, university system and state. But he’s confident the end result will be something Nebraskans can be proud of.

“We’re in great shape,” Kristensen said. “I look forward to the change and embrace it.”

Tim Jares, dean, College of Business and Technology. Jares was previously chair and a professor of finance at the University of Northern Colorado’s Kenneth W. Monfort College of Business. Jares joined Northern Colorado in 2001 and progressed through the ranks in the Department of Finance in the Monfort College. He served as assistant, then associate dean in 2002-07, with budgetary oversight as a primary responsibility, and was the college’s interim dean in 2007-08. His contributions to organizational focus and evidence-based decision-making played a key role in Monfort College’s recognition as the first and only college of business to earn the Malcolm Baldrige National Quality Award. Jares replaces Tim Burkink.

Tim Burkink, assistant vice chancellor and director of international education. A longtime dean of UNK’s College of Business and Technology, Burkink is beginning his 19th year at UNK and transitioning to a full-time position with the Office of International Education, where he served as interim director beginning in October 2017.

Ryan Teten, dean, College of Arts and Sciences. A Nebraska native, Teten was associate dean of the University College and Anthony Moroux/BORSF Endowed Professor of Political Science at the University of Louisiana at Lafayette. Teten was the political science department chair from 2014-16 and associate dean for the College of Liberal Arts from 2010-12, all at Louisiana-Lafayette. Teten has designed and taught numerous in-class and online courses and internships. He also has extensive student-advising experience, mentoring nearly 100 students each semester. He helped create an online completer program for adult learners and designed an interdisciplinary bachelor’s degree that combines classes between colleges and works with private-public partnerships to provide businesses with students who possess the skills they need. Teten becomes the first dean of UNK’s College of Arts and Sciences, which was created last summer by the merger of the colleges of Natural and Social Sciences and Fine Arts and Humanities. He replaces interim Dean Peter Longo, who returns to the political science faculty.

Mark Ellis, dean of graduate studies. Formerly a Ron and Carol Cope Professor of History at UNK, Ellis served as interim dean of graduate studies beginning in summer 2018. He replaced Kenya Taylor, who retired last summer. Ellis has been involved in academic administration for more than a decade. He came to UNK in 2000 as a visiting assistant professor, then was hired for a tenure-track position as a Nebraska/Great Plains historian in 2001. He served as a graduate program chair from 2006-13 and history department chair starting in 2013. Under his guidance, the UNK history graduate program grew from a small residential program to one of the largest online history graduate programs in the nation. Since adding an online option to its graduate program, the history department has admitted more than 400 students, and it graduates on average 40 students annually.

Grace Mims, interim dean, College of Education. She replaces Sheryl Feinstein, who retired last week. Mims has served as chair of UNK’s Counseling and School Psychology Department in the College of Education since 2010. She has been a counselor educator for 26 years, teaching and advising doctoral, specialist and master’s students in clinical mental health counseling, school counseling and higher education student affairs. She joined UNK in 2008 and was the 2018-19 president of UNK Faculty Senate. Mims holds six state and national professional counseling credentials.

Kelly Bartling, vice chancellor, Enrollment Management and Marketing, a new division combining the units of Communications and Marketing, Academic and Career Services, Undergraduate Recruitment and Admissions, First Year Program and Scholarships and Financial Aid. Bartling previously was assistant vice chancellor for communications and community relations. Academic Services and Enrollment Management had been directed by Ed Scantling, who retired this summer. Bartling is in her sixth year at UNK and 20th year at the University of Nebraska, previously working in news and marketing at the University of Nebraska-Lincoln and for Central Administration.

John Falconer, senior advisor to the chancellor for executive affairs, replacing Neal Schnoor, who accepted a position at California State University, Long Beach. Falconer joined UNK in 1999 and previously served as director of sponsored programs and director of the Honors Program. In his new position he will provide counsel and assistance to the chancellor, serve on the administrative Cabinet and lead compliance and special projects. Falconer supervises the Office of Equity and Compliance, works with faculty bargaining agreements, processes and appeals and coordinates communication with the chancellor among the vice chancellors, deans and heads of other units.