KEARNEY – It may not look like much now, but the dirt patch south of the University of Nebraska at Kearney’s Nebraskan Student Union will soon resume its role as a campus gathering place with a new and improved water feature.

An ongoing project to replace Cope Fountain, located in the heart of UNK’s east campus, is scheduled for completion in mid-fall.

The area around the fountain is designed as a gathering place where students, staff, faculty and visitors can relax in an outdoor setting. A separate project will add sitting stones along the fountain’s perimeter, and decorative spaces to the east and west may be developed at a later date.

“We wanted to maintain the previous concept of a campus destination,” said Lee McQueen, director of UNK Facilities Management and Planning. “This design achieves that goal.”

Cope Fountain, located between the student union and Calvin T. Ryan Library, was dedicated in 1995 in honor of Ron and Carol Cope. The late Kearney couple were longtime supporters of UNK and the community.

The fountain was removed last year as part of a project that replaced storm sewer lines and an aging sanitary sewer line serving several buildings on campus.

With the sewer work complete, general contractor Hausmann Construction of Lincoln is turning its attention to the fountain replacement. Following site preparation, workers will install an equipment vault and balance tank and complete other underground work before shifting their focus to the visual components.

The new fountain should be operational before the fall semester ends.

The University of Nebraska Board of Regents approved the total project – fountain and sewer work – at a cost of $3 million in August 2017, with funding coming from utilities savings generated by UNK conservation efforts. 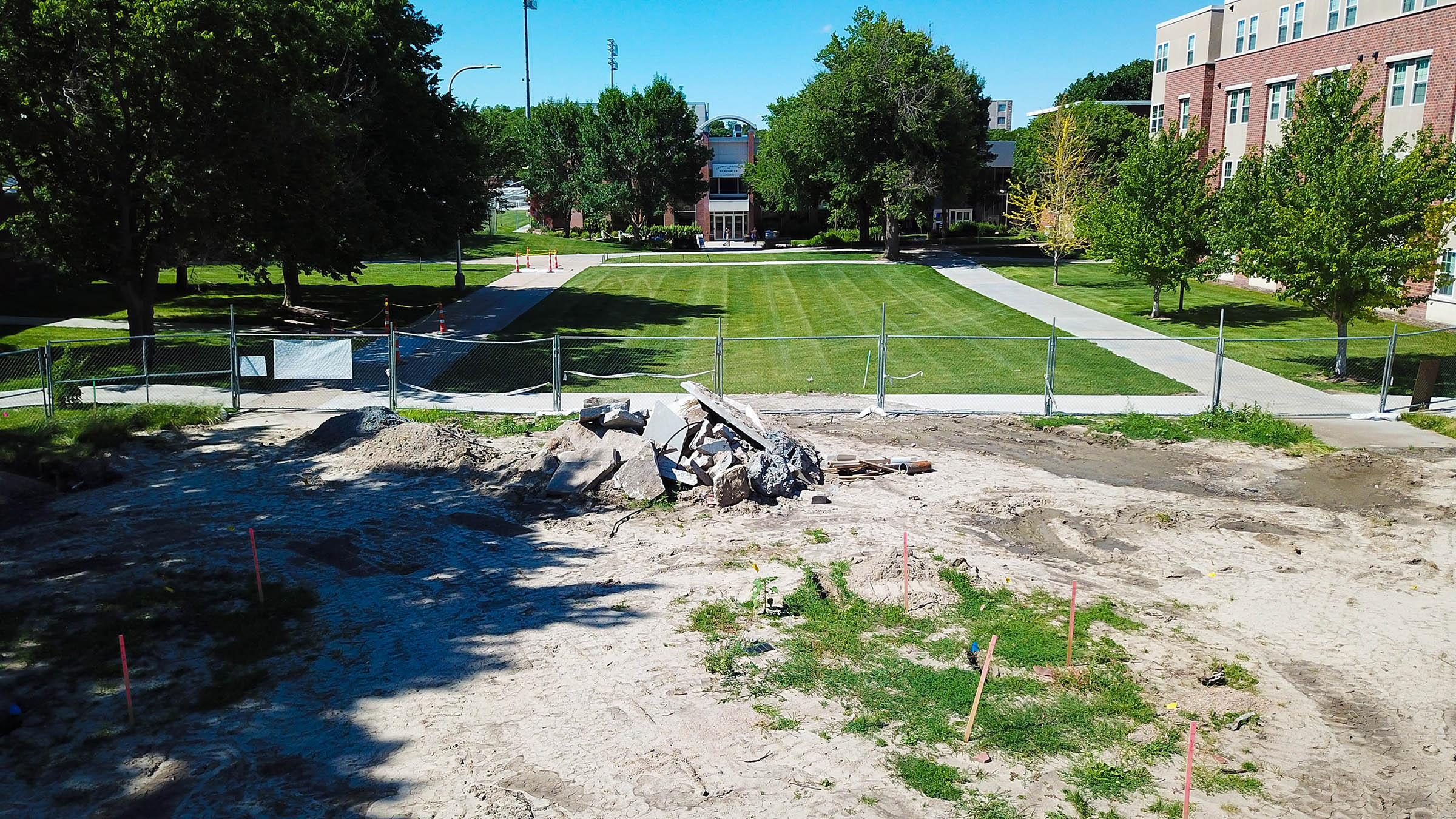