Most Nebraska undergraduates would pay $5 to $7 more per credit hour each of the next two years under a proposed operating budget released by University of Nebraska President Hank Bounds.

The proposed 2019-20 budget, which will be considered by the Board of Regents at its Friday meeting, preserves the university’s affordability with two years of minimal tuition increases while keeping spending flat at a time of ongoing fiscal restraint.

Bounds thanked Gov. Pete Ricketts, Appropriations Committee Chairman John Stinner, Vice Chairwoman Kate Bolz and the 33 other senators who funded the university’s budget request for the upcoming biennium. He noted their partnership is a key reason NU is able to hold tuition increases to an average of 2.75% over the next two years. With the minimal increases, tuition rates at University of Nebraska campuses will continue to be well below those at peer institutions.

Bounds noted that NU’s requests for state funding increases of 3% and 3.7% for 2019-21 – coming on the heels of multiple rounds of cuts that have necessitated $28 million in administrative and programmatic reductions – were not enough to cover all its needs. Adjusted for inflation, the university’s spending will be flat or down for a second consecutive year. Moreover, in the face of enrollment pressures driven by a highly competitive market for students, the tuition increases will not generate meaningful new revenue or replenish NU’s already-stressed cash reserves.

“This is a good budget for the 52,000 students of the University of Nebraska,” Bounds said. “On one hand, a budget this lean doesn’t allow us to make the kinds of investments in talent and workforce development that Nebraska urgently needs to grow for the future. But the state’s partnership, together with the good work of our colleagues in continuing to find efficiencies, means that we will again achieve our highest priority: affordable excellence for the people of Nebraska.”

Bounds is bringing forward two years’ worth of tuition rates to help students and families plan. Tuition rates are subject to change if the university’s state appropriation is reduced.

The proposed budget also includes a 2% increase in the salary pool for non-bargained employees, to be distributed on the basis of merit, plus a 0.4% pool to address faculty competitiveness issues at UNL and the University of Nebraska Medical Center.

The University of Nebraska’s total state-aided 2019-20 operating budget, funded largely by state appropriations and tuition dollars, is $990 million. NU has continued to comprise a smaller share of the state budget over time. Adjusted for inflation, state-aided spending per FTE student has declined by almost $1,000 over the past 20 years. 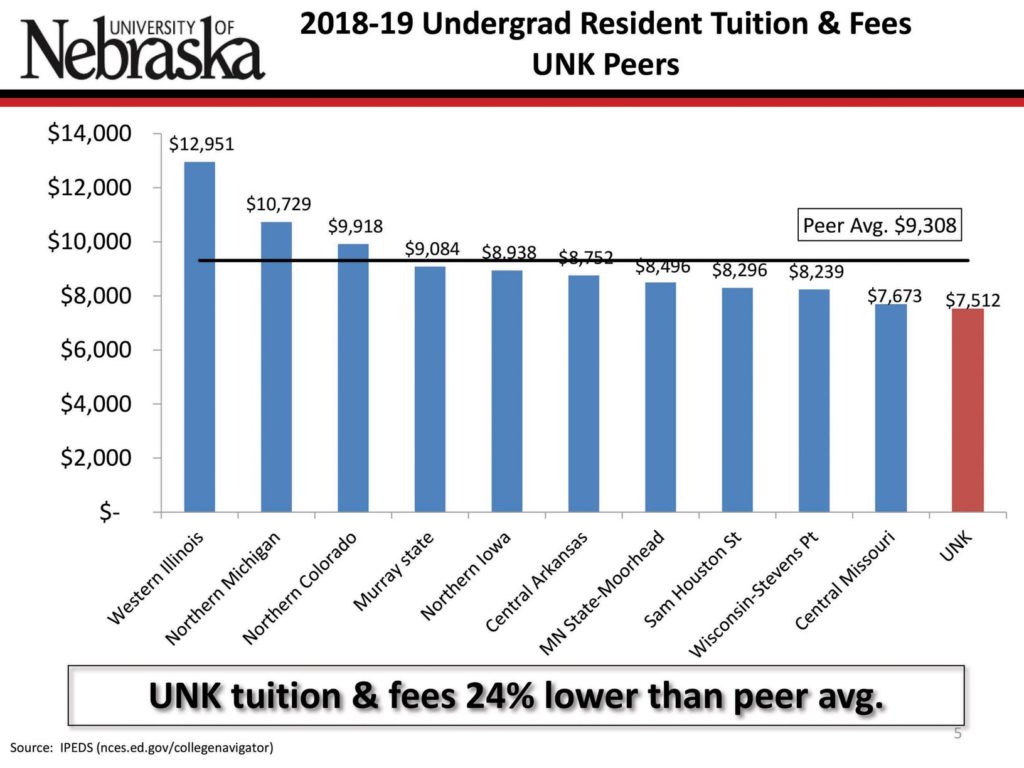 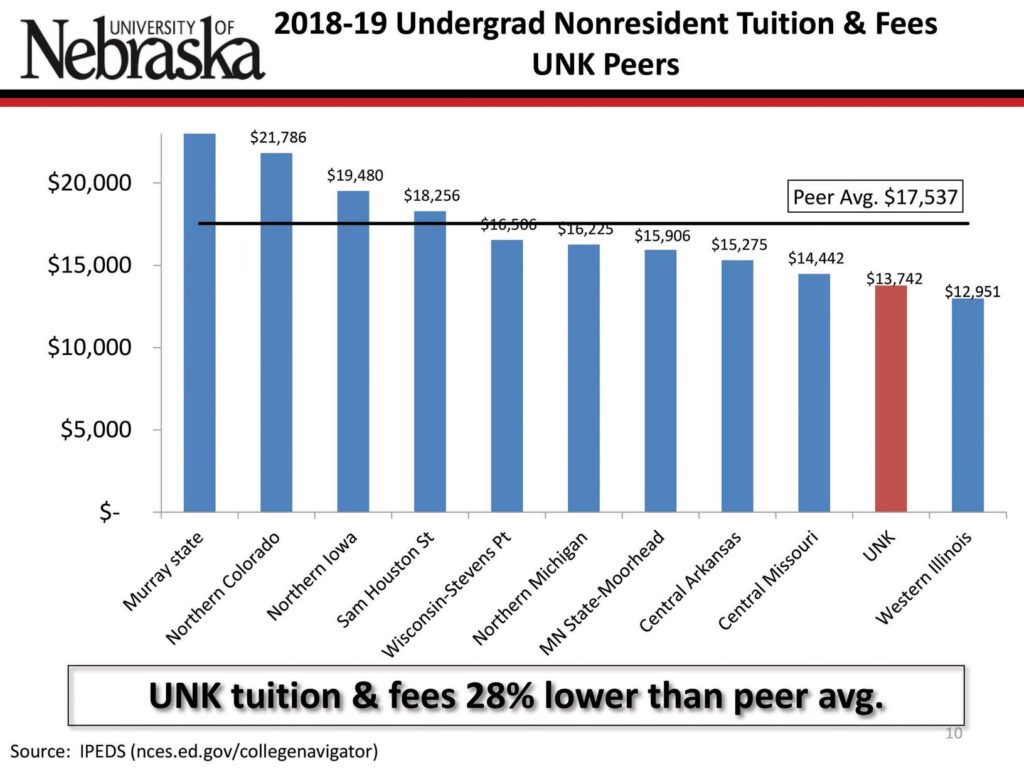