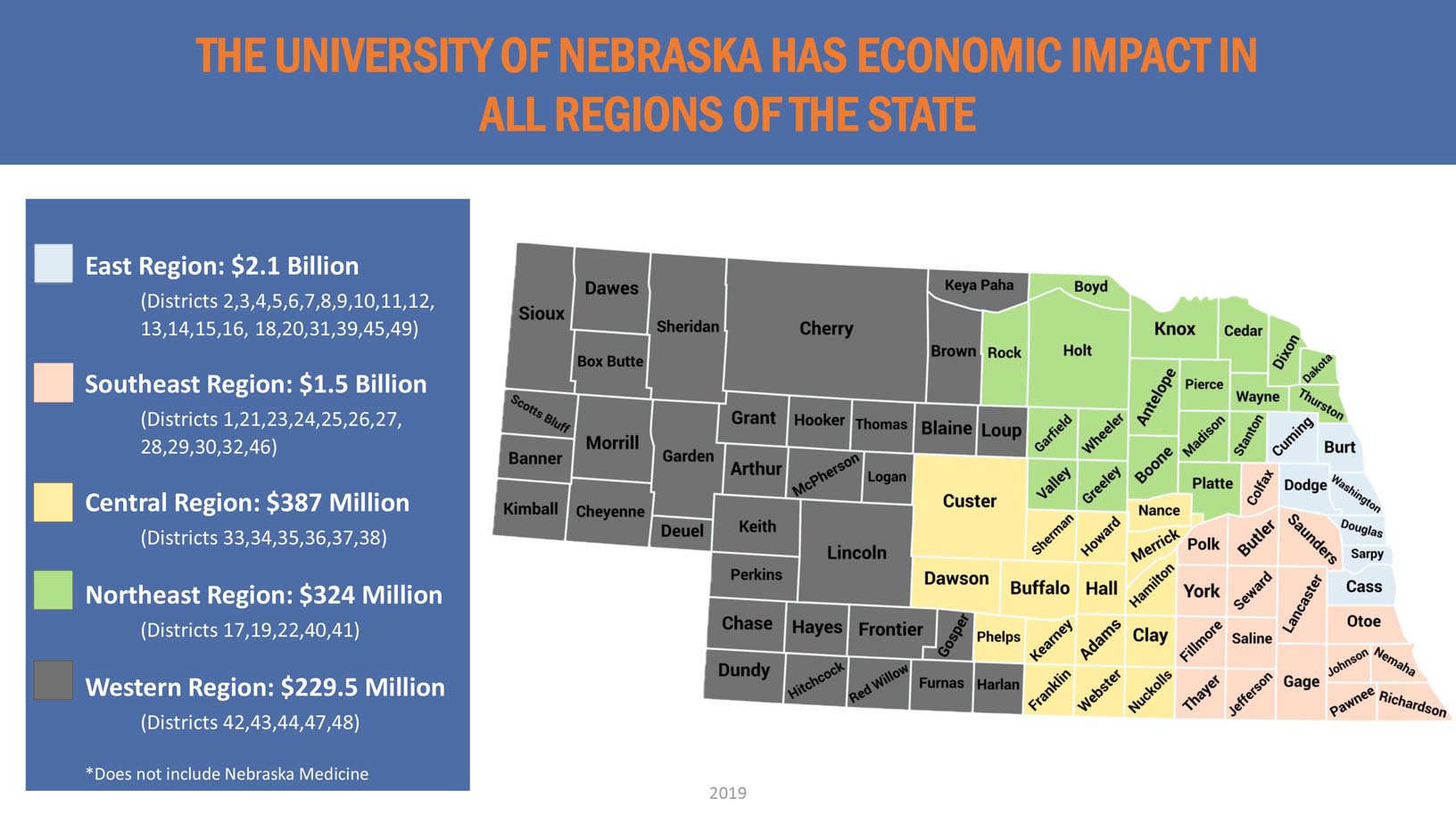 Teaching, research and outreach activities of the University of Nebraska grow the state’s economy by $4.5 billion every year, according to a new independent analysis of the university’s significant and far-reaching impact on Nebraska’s growth and prosperity.

The analysis, presented March 29 to the NU Board of Regents, shows that the University of Nebraska generates $7 for every $1 the state invests – a return that President Hank Bounds said demonstrates the vital role the campuses play in ensuring Nebraska’s continued economic competitiveness.

The analysis was conducted by Tripp Umbach, a leading national consultant with expertise in economic impact studies. Tripp Umbach’s findings include regional and campus breakdowns.

According to the research, UNK’s impact is $265 million. Further, the economic impact of the University of Nebraska to central and western Nebraska is quantified at $616.5 million.

“This latest study demonstrates the University’s strong statewide impact and exceptional return on investment for Nebraska citizens,” said UNK Chancellor Doug Kristensen. “In particular, here in central and western Nebraska, these regions are showing a university impact of $616.5 million. UNK plays an irreplaceable role in workforce development across greater Nebraska and opens doors to economic opportunity for our graduates.”

Bounds said that particularly as Nebraska aims to address a workforce crisis that includes 34,000 projected annual openings in high-skill, high-wage, high-demand jobs in the coming years, affordable, quality higher education will be essential to Nebraska’s success.

“We know intuitively that the University of Nebraska is a major force for economic growth and personal well-being across our state. This analysis confirms that Nebraska cannot be successful without its public university,” Bounds said. “From producing the workforce of the future, to expanding opportunities for young people, to sustaining vibrant communities in every county, the University of Nebraska serves as a change agent for Nebraska and its people.”

The University of Nebraska sustains a highly skilled workforce for the state, supporting 1 of every 26 jobs in Nebraska, according to the report. The nearly 40,000 Nebraska jobs supported by the university include not just NU employees, but those who have jobs as a result of university activities.

Kristensen said: “Our impact also includes extension, outreach, scholarly and cultural activities, and research that improves Nebraskans’ lives in countless ways. It’s hard to imagine a family, business, profession or community in Nebraska that is not positively affected by the University of Nebraska, and this data begins to quantify the scope of that impact.”

University graduates generate significant economic activity for the state. About 1 of every 7 working-age Nebraskans holds an NU degree, and 11,000 new NU graduates enter the workforce every year. The earnings and spending activities of each graduating class add $2.4 billion to the state’s economy annually, above and beyond NU’s baseline $4.5 billion impact, according to the report.

“I’m proud of the incredible return we provide for Nebraskans’ investment. The bottom line is that when our university is growing, the state of Nebraska is growing,” Bounds said. 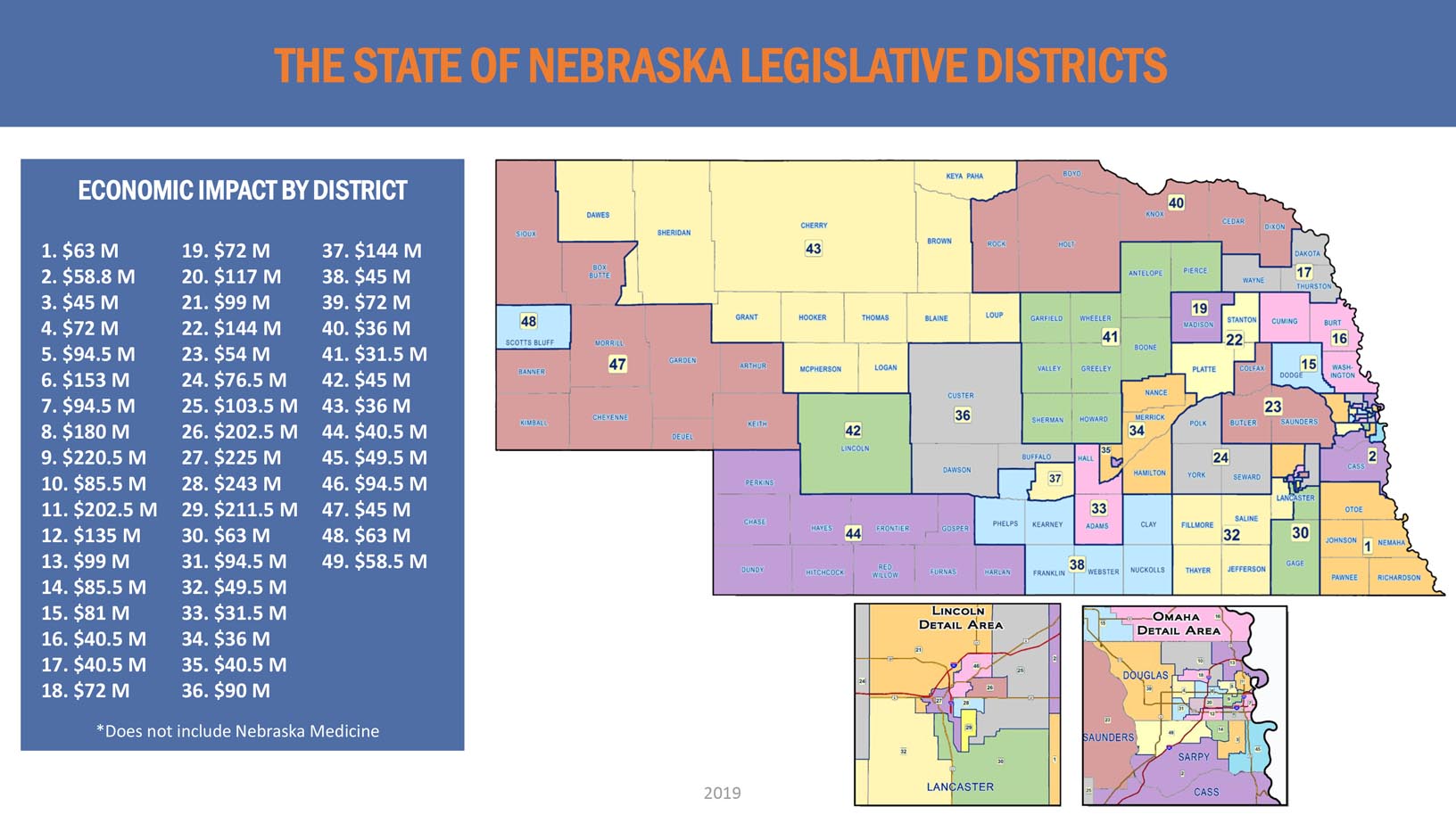 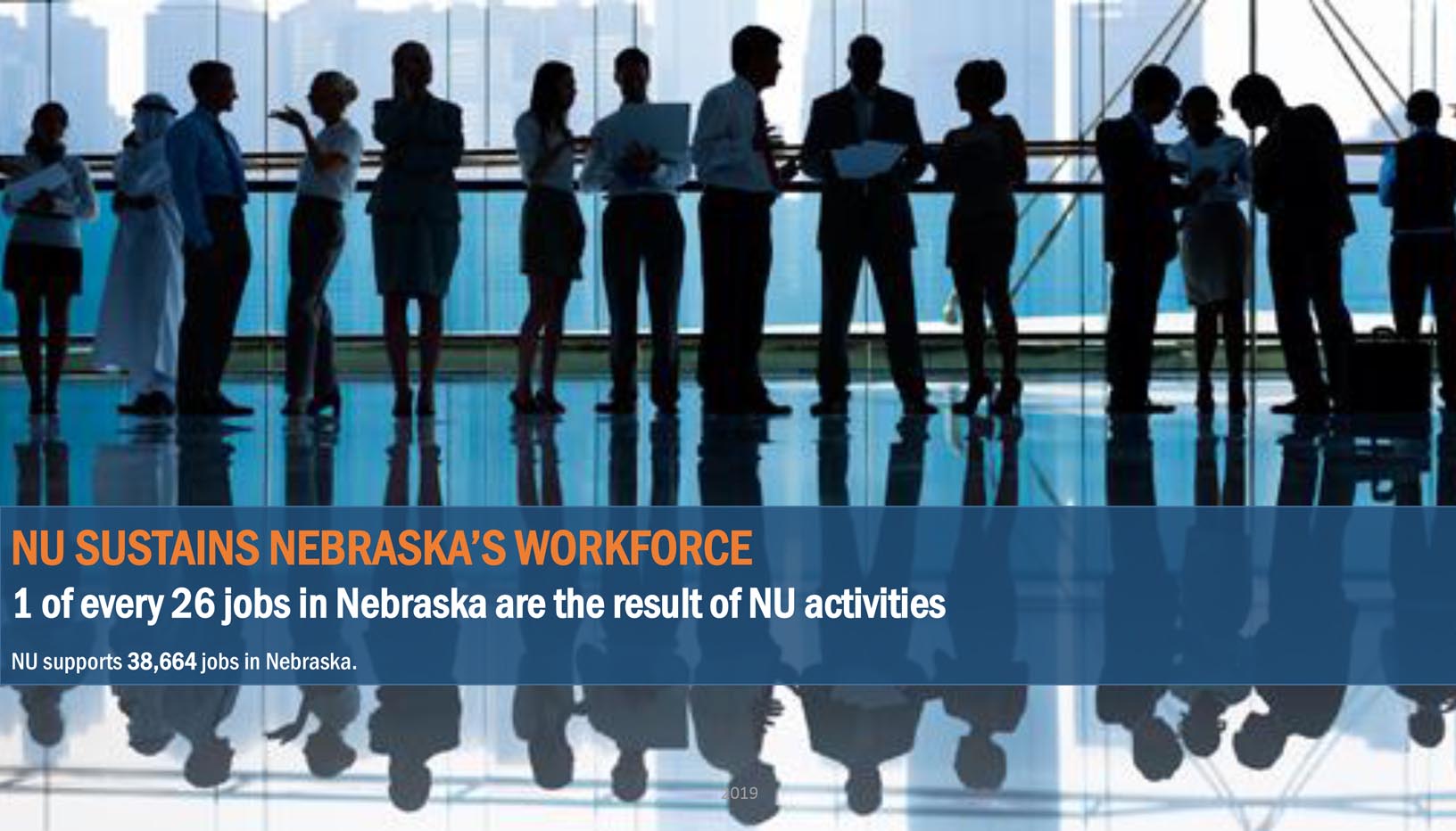