KEARNEY – SriTeja Vedurumudi studies economics at the University of Nebraska at Kearney.

He also plays bass guitar and can sing a little rock and heavy metal.

Combine those things and you get Musician Connection, the business plan he pitched Wednesday evening during the eighth annual Big Idea Kearney competition hosted by UNK’s Center for Entrepreneurship and Rural Development.

Vedurumudi, a freshman from San Antonio, spent a lot of time around bands back in Texas and noticed many of his friends “kind of ran into a wall” when they were trying to book shows.

Musician Connection is his solution to that problem.

The website would serve as a networking platform for artists and venues. Much like an online dating site, musicians could create profiles promoting themselves. This information – such as musical style, equipment and availability – would be shared with venues looking for new acts.

Vedurumudi would generate revenue by selling subscriptions or online advertisements.

“I really think this can happen,” the UNK student said of his concept, which took first place in the college division of the entrepreneurship contest.

“This will definitely help me start building a website,” he said.

About 70 entries were submitted for this year’s Big Idea Kearney event, with 14 finalists selected to present Wednesday evening at Cunningham’s on the Lake. After the field was narrowed again by a panel of judges, the roughly 120 people in attendance cast their votes to determine the winners.

Jenn Nolda, who owns Press On Fitness along Second Avenue in Kearney, claimed the $1,000 top prize in the community division.

Her Energybank app would track users’ physical activity through smartphones or wearable technology and create a reward system that allows them to redeem points at local businesses.

Nolda said her goal is to motivate people to improve their physical and mental health while also supporting the Kearney business community.

“With some grant money and some cooperation with the community and local businesses, we could probably have it up and running in about six months,” she said of the app. “It’s kind of exciting.”

The Kearney woman who studies exercise science at UNK is no stranger to entrepreneurship. She opened her fitness studio in July, allowing her to “make a difference on my own terms.”

“I like breaking the rules and writing my own,” Nolda said. “That’s what you get to do when you’re an entrepreneur.”

Prizes of $500 for second place and $250 for third were also awarded in each division. Those winners are: 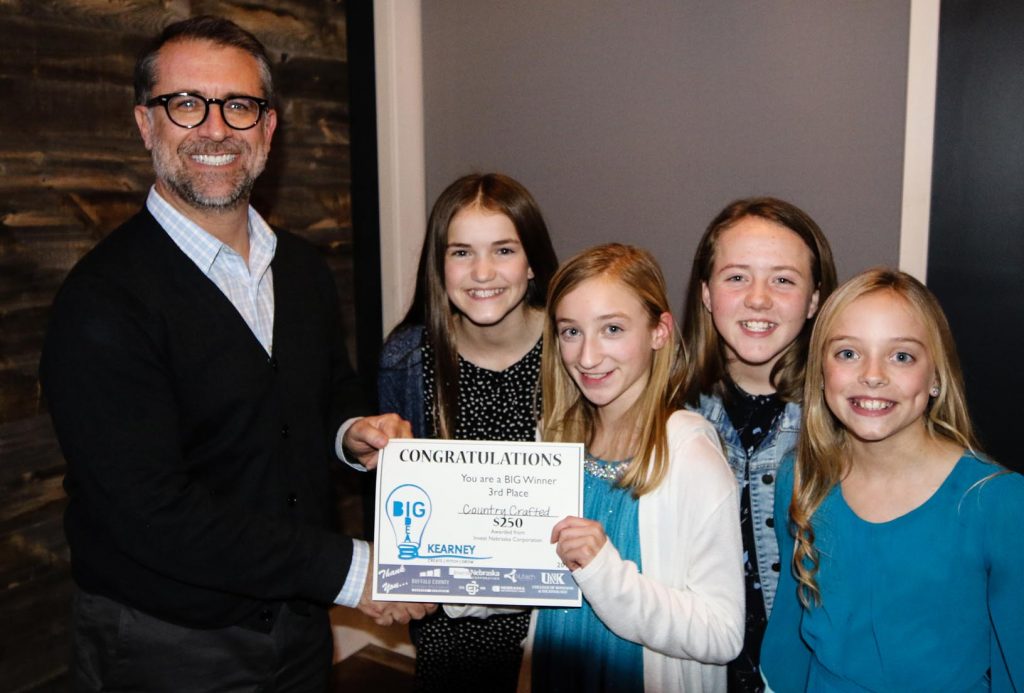 Community Division
First place: Jenn Nolda, who owns Press On Fitness in Kearney – Energybank app. Application would track users’ physical activity through smartphones or wearable technology and create a reward system that allows them to redeem points at local businesses.
Second place: Sam Widger of Kearney – Sam’s at your Service. A mobile mechanic service that provides vehicle maintenance and repairs. Instead of taking your vehicle to a shop, Widger would come to your workplace, school or home.
Third place: Hailey Schweitzer, Atley Zoubek, Baylor Behrens and Addison Lehr of Dorchester – Dorchester Country Crafted. They create bracelets and keychains using beads, and plan to add new products such as necklaces and anklets.

College Division
First place: SriTeja Vedurumudi, a UNK freshman from San Antonio, Texas – Musician Connection. The website would serve as a networking platform for bands and venues. Much like an online dating site, musicians could create profiles promoting themselves. This information – such as musical style, equipment and availability – would be shared with venues looking for new acts.
Second place: Mikayla Fulk, a UNK student from Scottsbluff – Potato Potato (pronounced Potayto Potahto). This trailer would serve various potato-based “fair food” year-round.
Third place: DeVere Larington, a UNK student from Ogallala – Big Bike Locks. A smartphone app that can locate a missing or stolen bicycle. 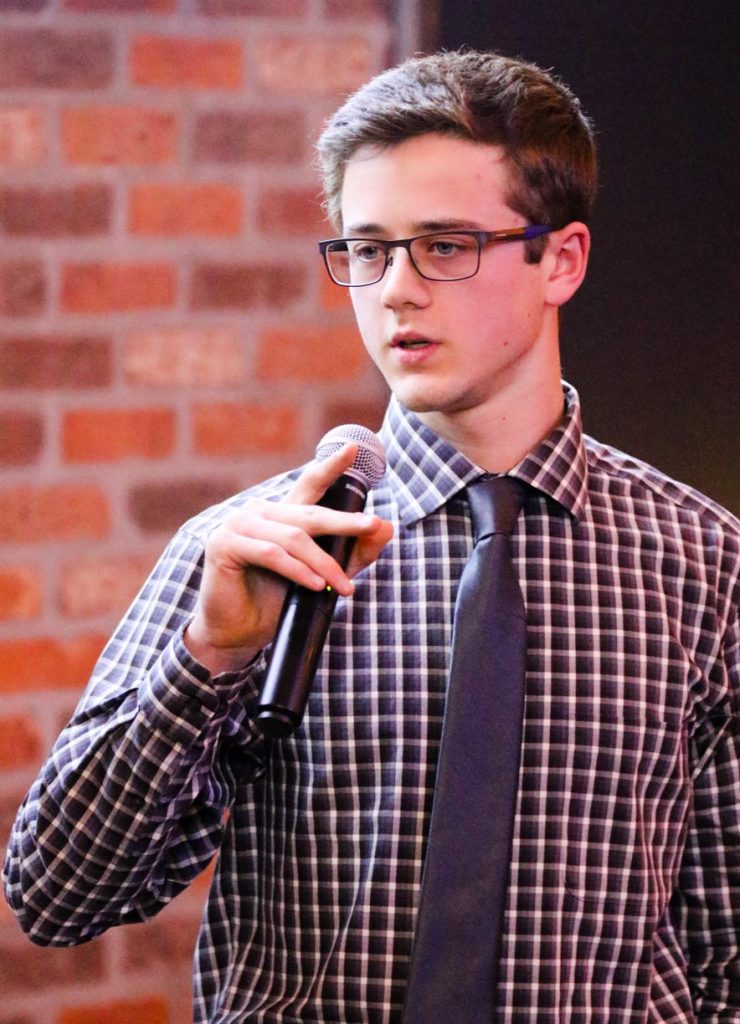 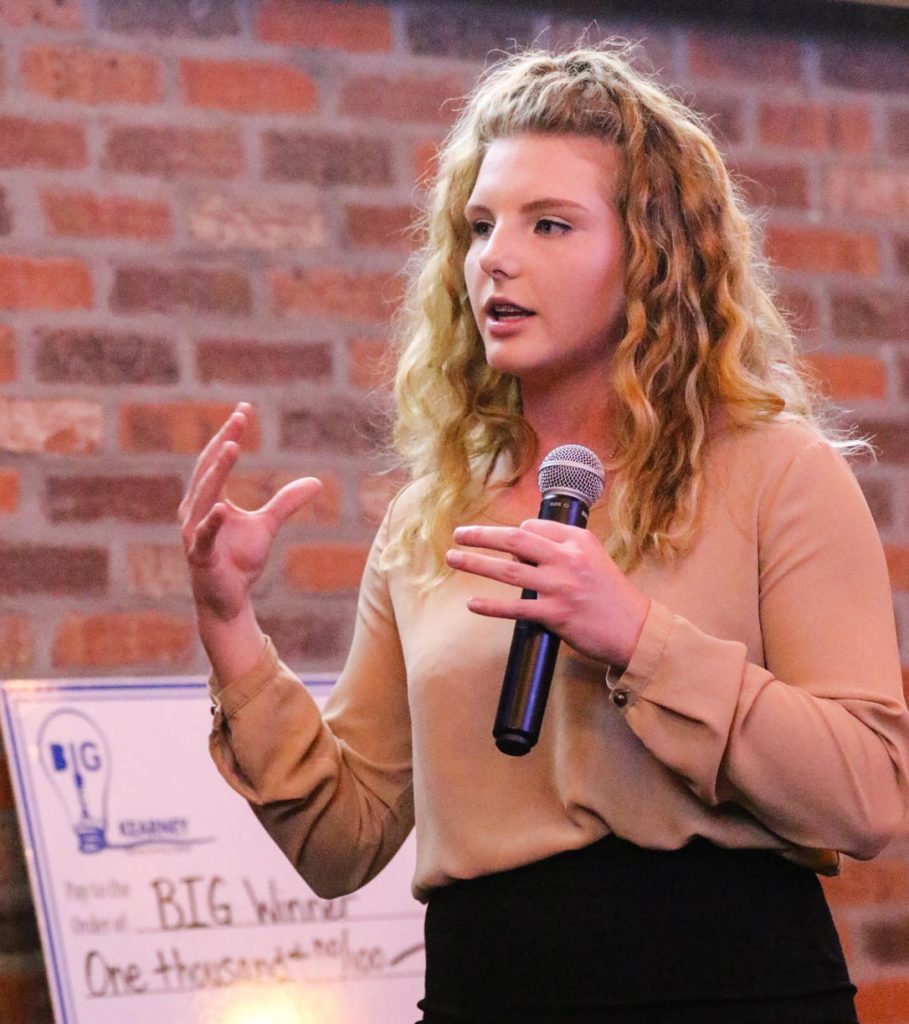 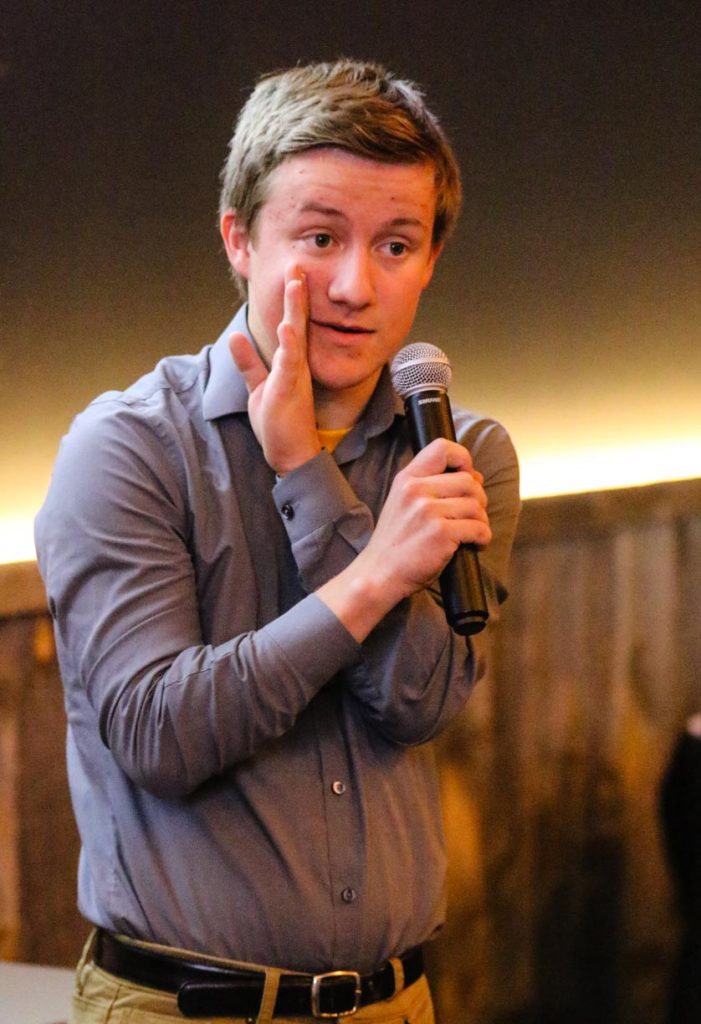 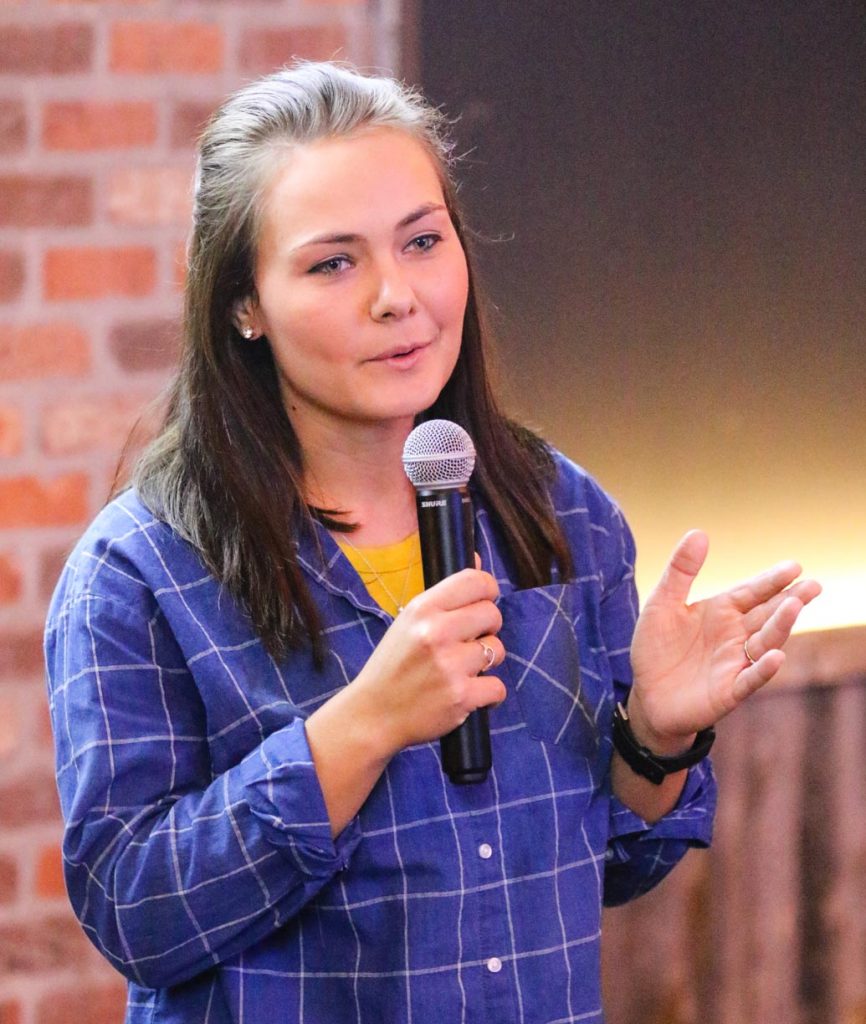 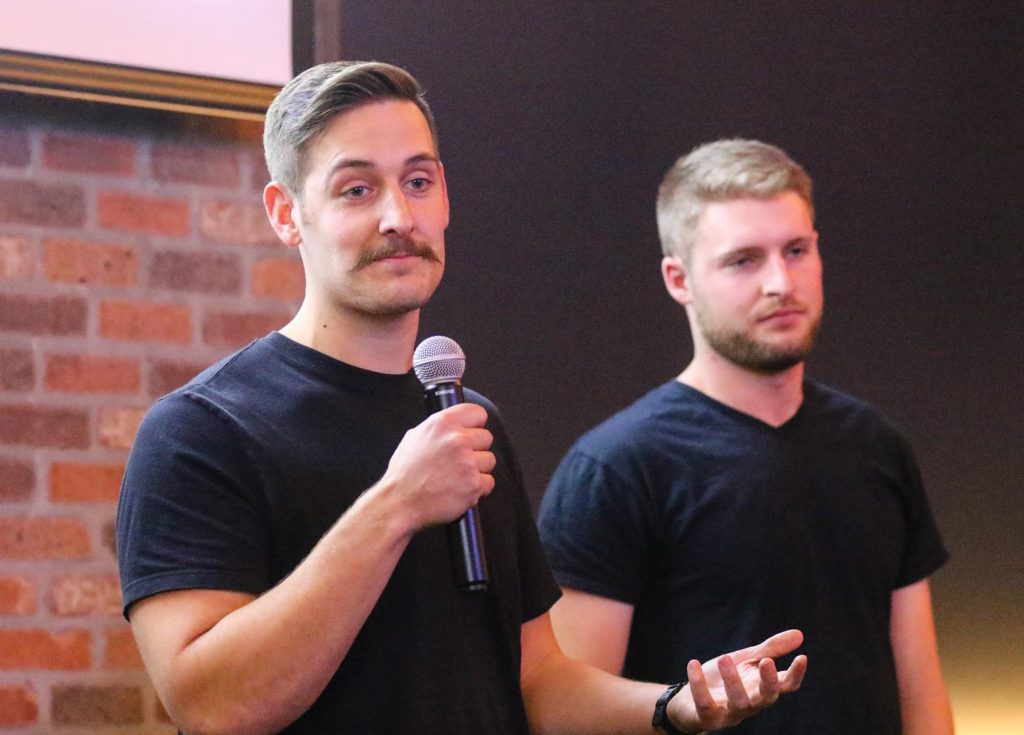