Now the University of Nebraska at Kearney sophomore is preparing for a career as a physician and the opportunity to help others overcome health-related obstacles.

“I definitely know what it means to have a good physician, and I’d love to be able to pay that forward to my patients someday,” he said.

Anderson was diagnosed in 2011 with osteosarcoma, a common type of bone cancer. The following six years were filled with ups and downs as he battled the disease.

The 19-year-old has been through multiple rounds of chemotherapy at Children’s Hospital and Medical Center in Omaha, a clinical trial at the Mayo Clinic in Minnesota and surgery that replaced part of his cancer-infected leg with a metal prosthesis. He lost his hair, spent time away from school and friends and endured the emotional stress that came with four different relapses.

“I just decided to make the best of the situation,” Anderson said. “I had as much fun as I could in the hospital.”

He joked with nurses and doctors, posed for photos and goofed around whenever he could to lighten the mood during those hospital stays.

There were also moments of darkness. In October 2016, his most recent relapse, Anderson learned the cancer had spread to his lungs and left shoulder, a development that significantly lowered the expected survival rate.

“At that point in time, I don’t think anybody really thought I was going to make it,” Anderson said.

Still, he remained strong, undergoing one more round of chemotherapy with almost miraculous results.

“That had a 99.9 percent kill rate and I’ve been cancer-free ever since,” said Anderson, who completed his treatment in April 2017, just one month before he graduated from Columbus High School.

Anderson admits he still gets “a little anxious” when he heads to Omaha for checkups every three to four months, but he remains focused on the future.

“It always does kind of sit in the back of my mind, but at the same time I try not to let it hold me down,” he said of his cancer diagnosis.

Anderson is enjoying life at UNK, where he’s part of the Honors Program and a member of Sigma Tau Gamma, the same fraternity his father Kip joined during his time at Kearney State College.

“I thought I’d give it a shot, and I’ve loved every second of it,” Anderson said of Sigma Tau Gamma. “Kearney definitely has a great Greek community.”

The fraternity is a support system for Anderson, a group of friends who are always there to cheer him up during the tough times.

“We all have each other’s backs, which is one of the great things about Greek life,” he said.

Anderson continues to excel academically while majoring in biology with a pre-medicine emphasis. He chose UNK because of the Kearney Health Opportunities Program, a partnership with the University of Nebraska Medical Center that provides scholarships and top-notch training for students committed to practicing health care in rural Nebraska.

“There is a shortage of doctors here, especially in primary care,” said Anderson, whose parents are both physicians in Columbus.

That influence, as well as his personal experiences over the past seven years, put Anderson on the same career path.

“I know the medical community,” he said. “I’ve seen both sides of it.”

And he’s determined to make the same impact as the health care professionals who have helped him along the way. 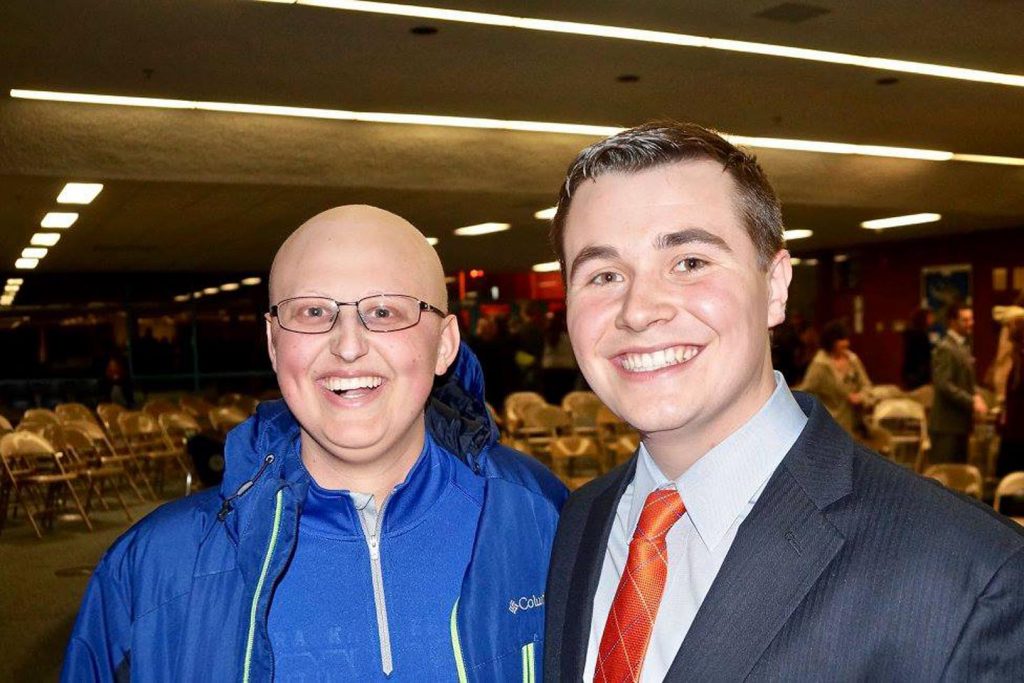 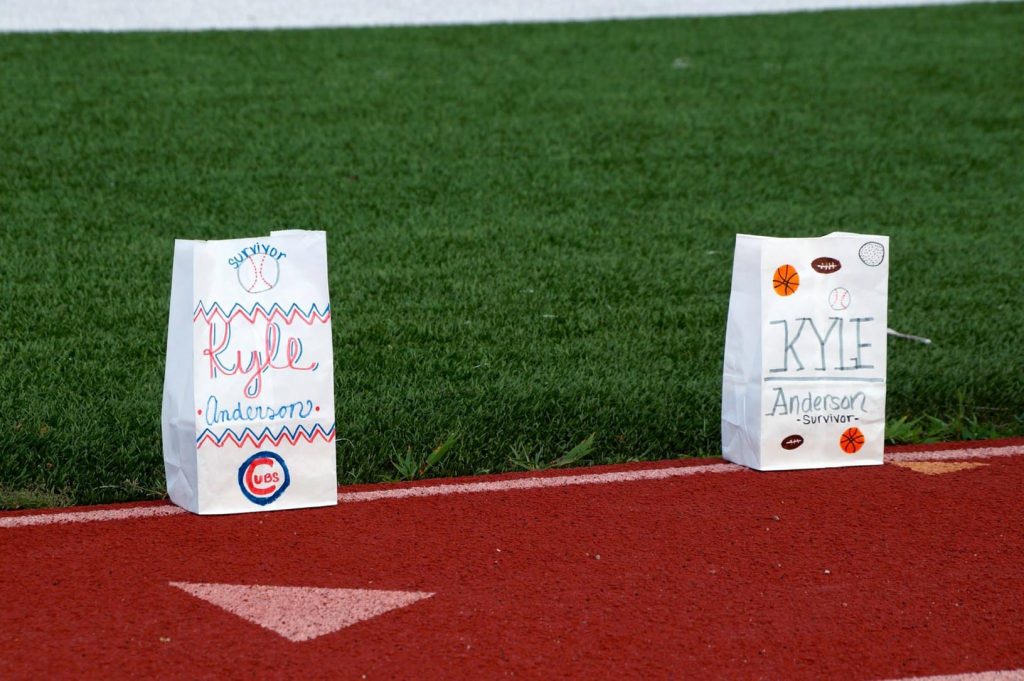