KEARNEY — A student’s first 40 days at college are some of their most important and is a message emphasized by the University of Nebraska at Kearney’s Student Affairs staff.

Because of that, UNK’s Division of Student Affairs rolls out the carpet in order to encourage meaningful involvement for freshmen during their first six weeks on campus. 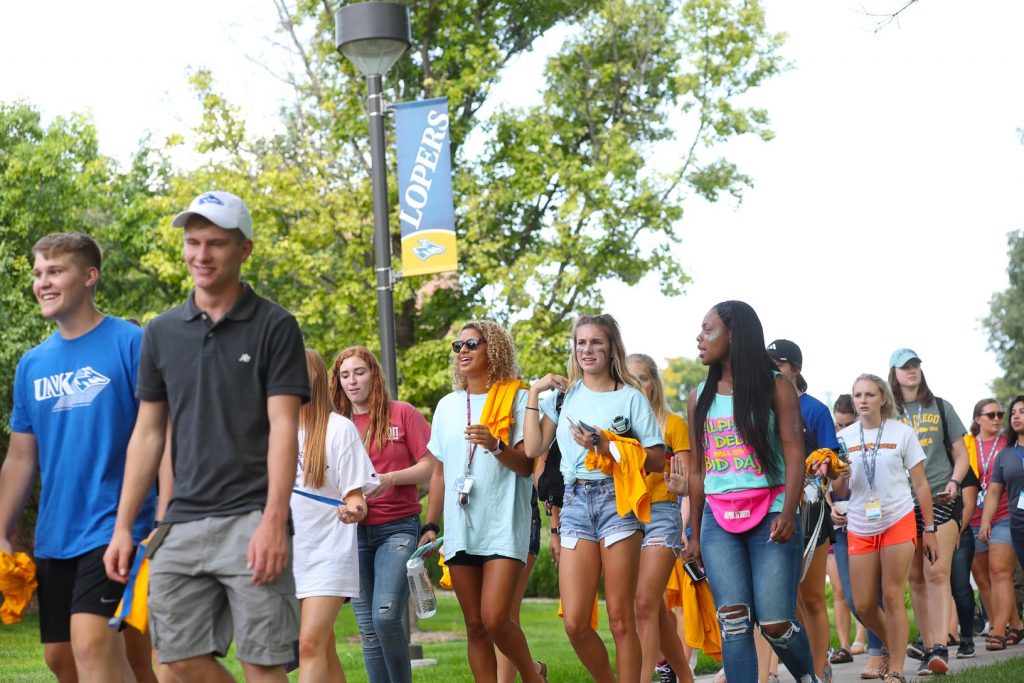 UNK’s Dean of Student Affairs Gilbert Hinga said, “In higher education, we consider the first six weeks to be very important in terms of establishing new patterns of success in the transition from high school or wherever a student comes from.”

The Blue Gold Welcome Week has evolved into six weeks worth of activities designed to encourage student involvement.

“There’s programming throughout those six weeks to keep them engaged,” said Brette Ensz, assistant director for first-year programs. “The majority of it is social, making sure they’re getting out of their rooms and meeting other people and people who are different from them.”

A fair with representatives from UNK’s 150-plus student organizations also occurs at the beginning of the semester. The different types of groups are all over the map, Hinga said, but they vary from an academic focus to religion to civic engagement. And if a student doesn’t find an organization they want to participate in, the university will help them start a new one.

Hinga encourages students to find their niche. He says once a student finds that niche, they’ll feel more connected to the campus.

It doesn’t have to be sophisticated either.

“If a student likes to work out, they should visit the different organizations where there is some element of working out,” Hinga explained. “Or they can go to the campus rec center and get used to what that’s like.”

While a bulk of the organized programming fizzles out after the first 40 days, the First Year Programs office does an abundance of behind-the-scenes work to provide a continuous stream of resources to students.

A short, free online transition course called First Year Summit is available to students and teaches participants topics similar to what they would learn in a first year seminar class. It is accessible to them in their online education portal, Canvas.

Ensz noted the class has had a positive effect on retention, stating that a majority of students who completed the class have returned to campus the following year.

The Loper 2 Loper Mentoring program matches first-year students with a faculty or staff mentor to support and guide students through the year.

“What Brette Ensz and her staff does from the point students come to New Student Enrollment to the end of their first year is providing them the opportunities, resources and encouragement to participate and get involved,” said Hinga. “The research has shown that if you don’t have a program like that then you’re not leveraging the experience of the first year in a way that students are going to be successful.”

Read the entire UNK Today: Things To Do section