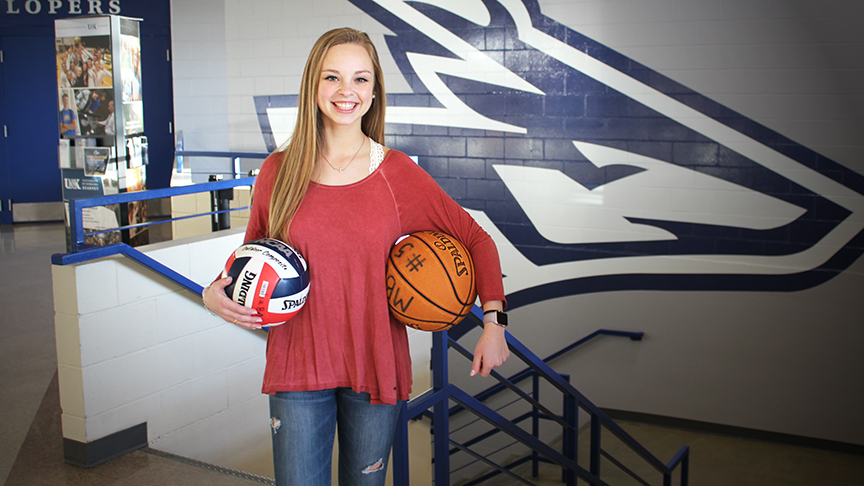 “I would wake up in the morning, and I couldn’t even put my hair in a ponytail.”

She’s participated in campus intramurals and is heavily involved in several student organizations and activities at the University of Nebraska at Kearney,

As Narber hustles from meeting to meeting, one wouldn’t know that she suffers from rheumatoid arthritis.

It happened in middle school, toward the end of seventh grade. One of Narber’s fingers started to swell. She didn’t think much of it, attributing it to a jammed finger from basketball season.

But then came detasseling in the summer and the symptoms magnified.

“I would wake up in the morning, and I couldn’t even put my hair in a ponytail,” Narber said. “I couldn’t put my socks on or do anything like that.”

When she was 13 years old, Narber received the diagnosis — rheumatoid arthritis, something usually reserved for those in their 40s or 50s and older. Doctors couldn’t determine the exact cause for her affliction, but suspected it could be attributed to genetics, she said. Her aunt also has the disease.

At first, Narber felt embarrassed. “I was a 13-year-old kid telling her friends that she had arthritis. I thought that was something for older people,” she said.