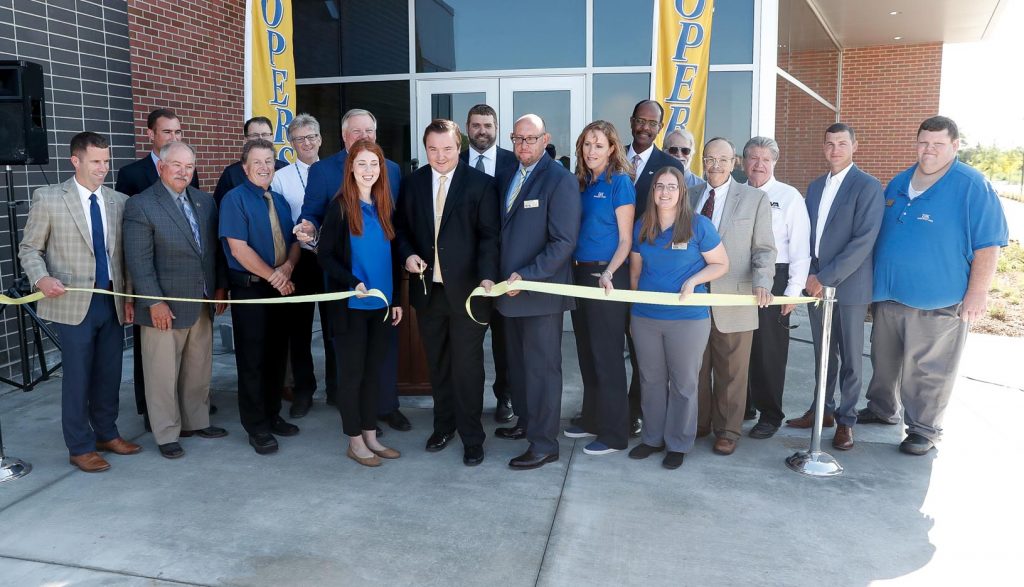 KEARNEY – George Holman knew Village Flats would be a popular place to live, but even he was pleasantly surprised by how quickly the University of Nebraska at Kearney’s newest residence hall reached capacity.

“I knew there would be interest, I knew there was demand for it, but how quickly it filled was a bit of a surprise,” said Holman, associate dean of student affairs and director of residence life at UNK.

Nearly 200 members of the UNK and Kearney communities got a good look Tuesday at why this 130-bed, apartment-style housing complex is so sought-after.

Village Flats features 68 one-bedroom and 31 two-bedroom apartments that are fully furnished with wireless internet, cable, utilities and furniture included. Each apartment has its own kitchen, so a UNK meal plan isn’t required for residents, and the three-story complex also boasts on-site laundry facilities, meeting rooms, a clubhouse space and outdoor patio.

The $16 million residence hall, designed to accommodate upperclassmen and graduate and nontraditional students from both UNK and the University of Nebraska Medical Center, is the first building to rise from the former cropland south of U.S. Highway 30 as part of the University Village development. In the years to come, 104 acres of UNK-owned land will be transformed into an urban community that combines academic, retail and office spaces with recreational amenities, restaurants and housing.

UNK Chancellor Doug Kristensen described the collaborative setting as a place where people of all ages live, learn, play, work and shop together.

“With this new building and the others being planned by our developers and the board, UNK will draw new businesses, organizations, retail shops and residences into a central location right next to the university,” Kristensen said during Tuesday’s ribbon-cutting. “This village will be home to many new opportunities for Kearney and rural Nebraska.”

Village Flats, which is also open to faculty from UNK and UNMC, helps fill a void for the university and city. Students over age 21, married couples and families will have the benefit of living on campus in university housing while enjoying additional perks not available in other residence halls.

Village Flats, located at 2201 University Drive, directly south of the Health Science Education Complex and UNK’s West Center, replaces the nearly 60-year-old University Heights apartments that were closed and sold in 2017. It’s the first new housing project completed by UNK since 2007, with funding coming from $12 million in revenue bonds and $4 million from a UNK surplus fund.

Kearney Mayor Stan Clouse, who was among the dignitaries in attendance Tuesday, said Village Flats and University Village will help address a local housing shortage while enhancing the city’s image.

“Village Flats really helps with our housing situation and it should be attractive for students coming to our community,” Clouse said. “That entire development is really exciting for our community.”

The city of Kearney completed $1 million in infrastructure improvements at the site, making it a key partner in the project Clouse referred to as “visionary.”

“I think it fits with the culture of Kearney and how we’re looking to the future,” Clouse said.

Taylor Janicek, vice president of UNK’s student body, was eager to get his first look inside Village Flats during Tuesday’s open house. He called the residence hall a “great housing option for UNK.”

The strong demand supports that statement.

Every one-bedroom apartment is filled for the upcoming fall semester and only one two-bedroom unit remained available as of Tuesday morning. Residents will begin moving in Wednesday.

Janicek said his fellow Lopers are excited about the entire University Village project and he believes UNK’s continued investment in new buildings will make the university even more attractive to prospective students.

“It’s a great expansion for the university,” he said.

Butler is chairman of the University Village Board, which is overseeing the public-private project in partnership with the University of Nebraska Board of Regents. He views the development as a way to further strengthen the connection between the UNK campus and Kearney community.

“I think you’re seeing a growing, very dynamic university, as you are a community,” Butler said.

In addition to residential and business development, projects planned for University Village include an indoor/outdoor recreation complex, public park and green spaces and an engagement and alumni center that would serve as the new home of the UNK Alumni Association and University of Nebraska Foundation, along with other nonprofits.

The entire University Village project could take 15 to 20 years to fully develop at an estimated investment of $400 million to $500 million.

But, as Chancellor Kristensen noted, this vision is already becoming a reality.

“It has been exciting to watch this land that was formerly a corn and soybean field being transformed into space that is further productive in growing and nurturing minds,” he said. 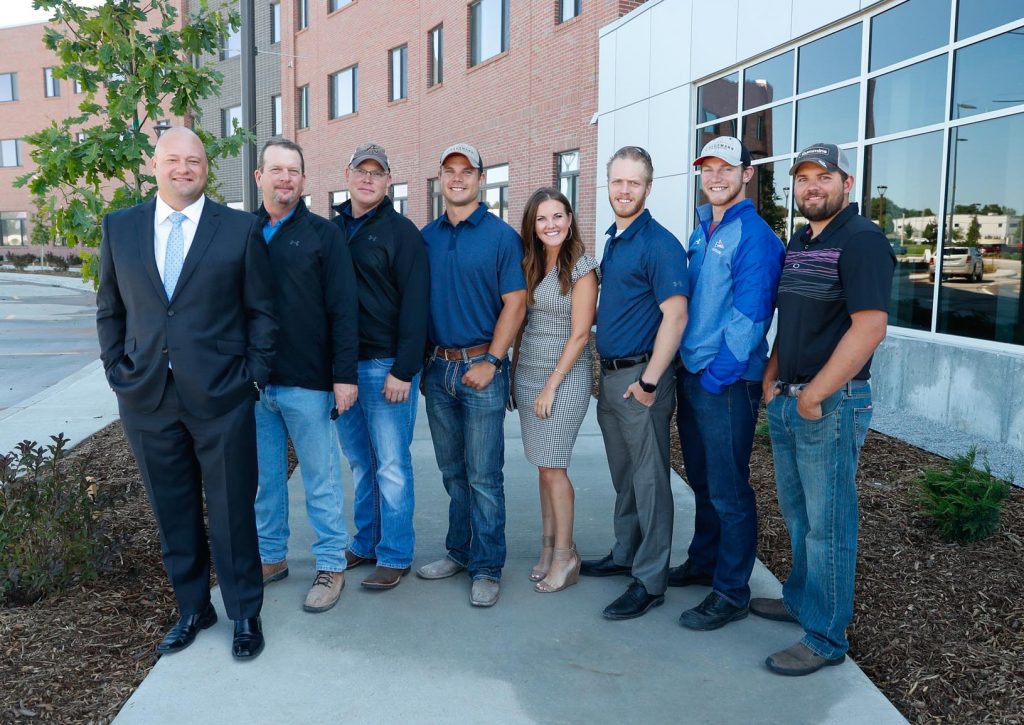 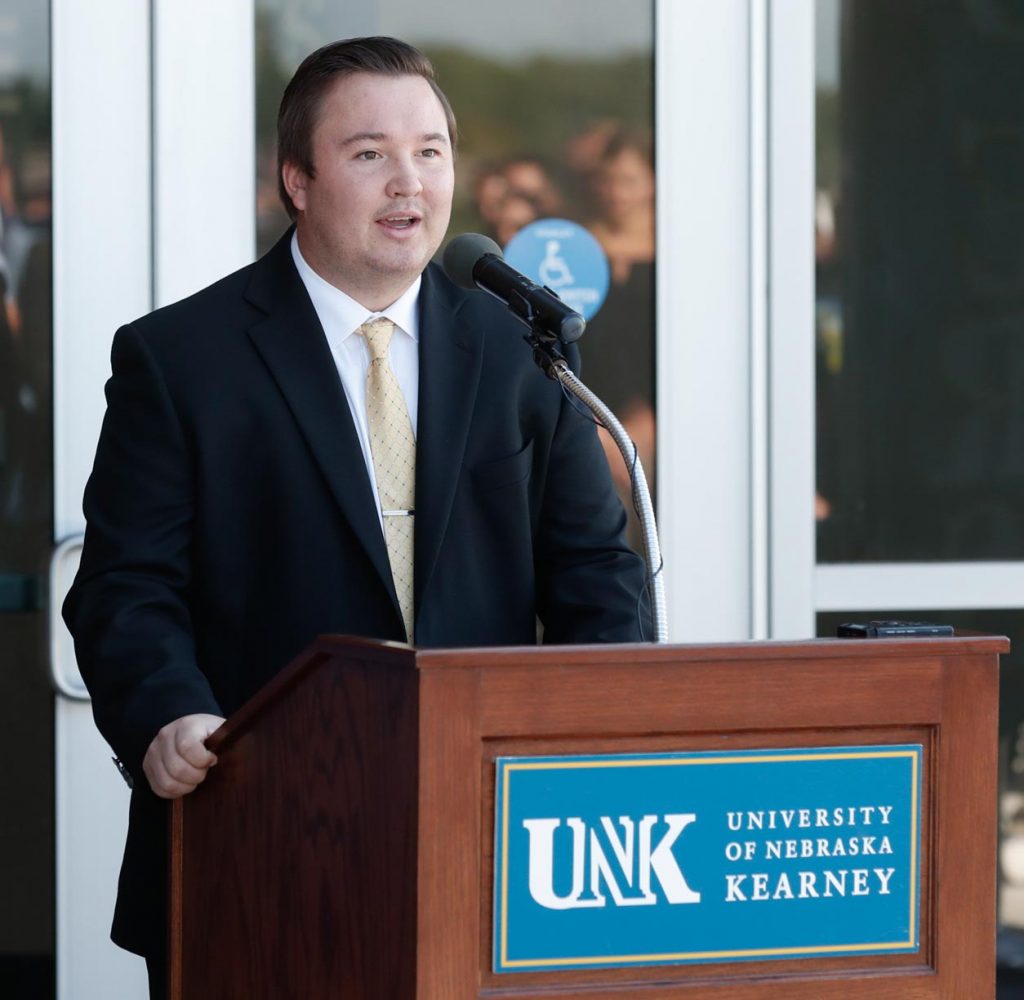 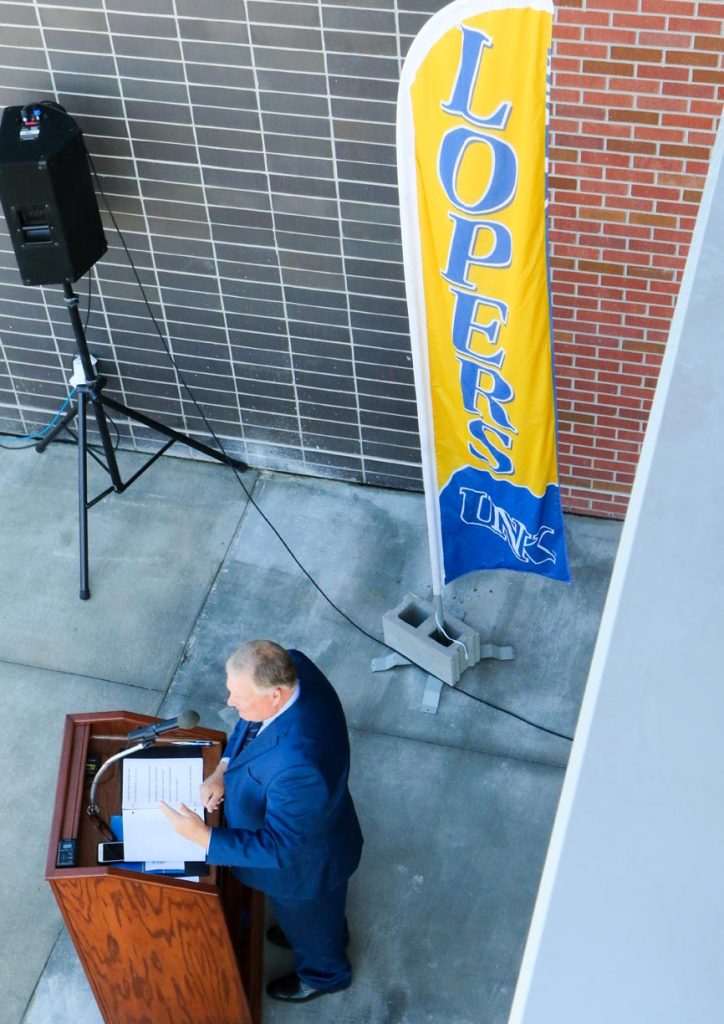 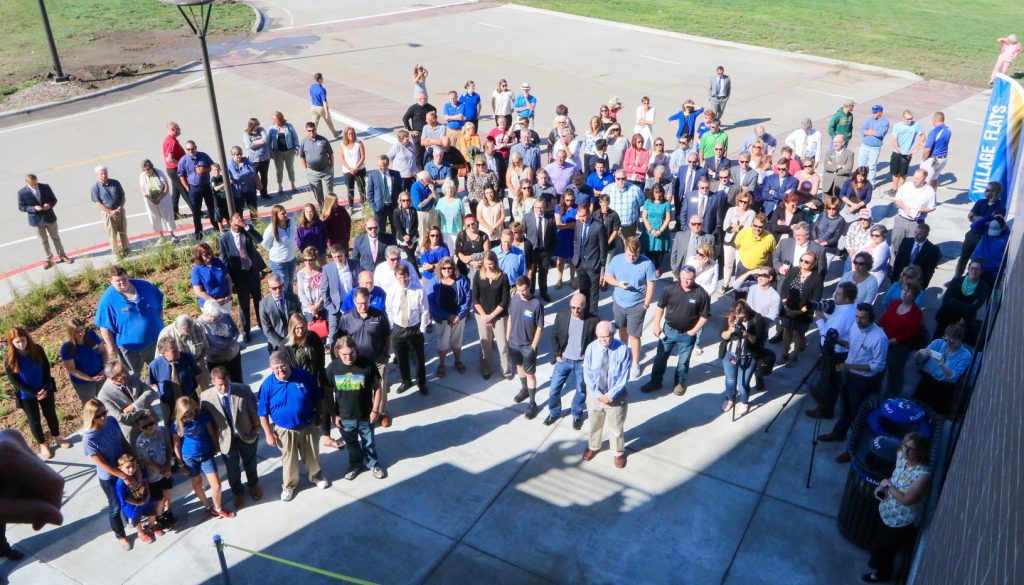