“It’s very rare – very rare – for a couple to find jobs they both love at the same university. We feel really fortunate that we were able to have jobs that we really like for all these years in the same place.”

KEARNEY – Kenya Taylor took a bit of a flier when she left her native Texas for a faculty position at the University of Nebraska at Kearney.

The job was nearly 700 miles away from her husband William Jurma, who packed the family’s Plymouth Voyager with weekend provisions and made the 20-hour round trip from Fort Worth as often as possible over the next two years.

“I don’t miss the commute,” said Jurma, a former associate dean of the College of Fine Arts and Communication at Texas Christian University.

That’s where he met Taylor, a speech-language pathology professor who was so captivating Jurma stepped down as chair of the communication department to pursue the relationship.

The same can be said about the couple’s decision to head north to UNK.

Although there were moments of doubt early on – particularly during that first Nebraska winter – they look back at it now without regrets.

“It’s very rare – very rare – for a couple to find jobs they both love at the same university,” Taylor said. “We feel really fortunate that we were able to have jobs that we really like for all these years in the same place.”

That was the challenge 22 years ago when Taylor joined the UNK Department of Communication Disorders. The couple, who married in 1991, were looking to leave TCU and hoped to land at the same university – a process that took a little longer than expected.

Taylor arrived in Kearney with her three children and five wiener dogs. She had a 1965 Ford Mustang and 1991 Mazda Miata to get around.

“Imagine those two in snow,” Jurma said of the sporty vehicles.

Still, she stuck with it while Jurma racked up miles on the minivan.

Taylor hated the cold and missed some of the big-city amenities Dallas-Fort Worth offered, but she was excited about the new College of Education building planned at UNK. That facility, which opened in May 2000, includes a speech and hearing lab she helped design.

Jurma, who has two children, joined his wife at UNK in 1998, when an associate dean position opened in the College of Fine Arts and Humanities.

The plan, Taylor said, was to stick around Kearney for only a few years. But the university, community and people who call those places home have a knack for changing people’s minds.

“I really liked the students and people I met,” said Taylor, who called UNK a “great university.”

“It’s just been a really good place,” she said.

They noticed something different at UNK, a mentality shift from their time at TCU. There were more opportunities to grow and advance professionally and faculty were encouraged to collaborate and try new things. Outside-the-box ideas weren’t met with opposition.

“I think that’s what makes UNK a really special place,” Taylor said. “Faculty can come here and they can have an impact.”

Jurma taught in the department of communication for six years before he was named interim dean of the College of Fine Arts and Humanities in 2004. The interim tag was removed the following year.

In addition to those roles, he directed student research at the graduate and undergraduate levels, authored a book titled “Small Group Discussion” and served as a consultant in leadership and communication for entities such as the U.S. Department of Justice, Nebraska LEAD Program, Pier 1 Imports and Chief Industries. He’s also analyzed presidential speeches and debates for news media.

Taylor was a faculty member in the department of communication disorders for a decade, including six years as department chair, before her appointment as dean of graduate studies and research in 2006. She added the title of associate vice chancellor for academic and student affairs in 2011.

Taylor has directed numerous graduate theses and student research projects while garnering plenty of recognition along the way. In 2002, she received the Pratt-Heins Foundation Teaching Award for her contributions to UNK and she was honored three years later with the Outstanding Teaching and Instructional Creativity Award (OTICA), one of the most prestigious faculty awards within the University of Nebraska system.

Jurma and Taylor agree that one of their biggest influences at UNK is the increased focus on faculty and student research.

“I think people who come to teach here have been good teachers for a long time, and now we’ve established that they’re good researchers, too,” Jurma said.

That’s apparent, he said, when looking at the amount of external funding awarded to UNK faculty members for research projects and the quality of work they’re producing.

“People are finding this is a good place to come if they’re interested in teaching and research, and we do have a great group of teacher-scholars,” Jurma said. “They’re people who have credentials, so they could be other places, but they’ve chosen to be at UNK.”

Jurma and Taylor collaborated on research that uncovered how men and women respond differently to hearing loss, and therefore must be treated with different rehabilitation strategies.

Her work was featured in the inaugural edition of New Frontiers, a yearly magazine that highlights faculty research and other creative activity at UNK.

She started the magazine in 2008 with John Falconer, the current director of the UNK Honors Program, to promote the university, inspire students and show the outside world the products, ideas and answers that come from faculty here.

“It’s a way to showcase what expertise our faculty has,” said Taylor, who also partnered with Falconer to launch a fellowship program that supports undergraduate research.

Taylor is also proud of the growth UNK’s graduate programs have experienced over the past 10-plus years.

“It’s really expanded what we’ve been able to do,” Taylor said, adding that the online shift also caters to older students with full-time jobs and families who don’t have time to commute to campus.

“We’ve met that need while still keeping the undergraduate, on-campus experience,” she said.

Taylor and Jurma are candid when comparing UNK to their previous stop.

“I believe the students here get just as good an education, if not better, as at a private school,” Taylor said.

And that’s not just coming from a pair of faculty members. Three of their children graduated from UNK.

They’re also honest when talking about their working relationship.

As expected, UNK is often a topic of conversation at home, but they don’t discuss every detail from their office lives.

“We’ve worked well together over the years. I don’t know if all couples can do that, but we’ve been able to do that,” said Taylor. “It’s just fun. We have the same things to talk about, the same general ideas.”

“Kenya has an incredible administrative perspective,” Jurma said. “She knows how to get things done, and that’s helpful to me.”

Taylor “can’t imagine not working in the same place” as her husband, which won’t be an issue for the couple moving forward.

He’s retiring as dean of the College of Fine Arts and Humanities at the end of June and she’s following suit, leaving her position as dean of graduate studies and research and associate vice chancellor for academic and student affairs a month later.

They’re moving to Mansfield, Texas, back in the Dallas-Fort Worth area, where all five of their children and 11 grandchildren live within 35 miles.

No more 20-hour round trips and no more Nebraska winters.

“We’re going to go home and sit by the pool – a lot,” said Taylor, who already has the new beach towels ordered. 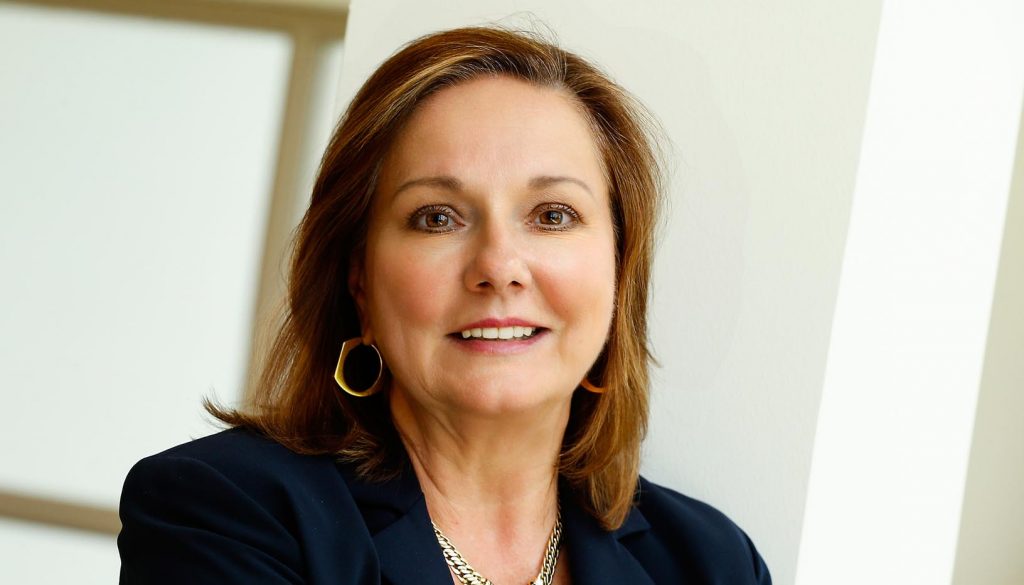 KENYA TAYLOR
Hometown: Vernon, Texas
Title: Dean of graduate studies and research and associate vice chancellor for academic and student affairs
Previous titles: Taylor joined UNK in 1996 as a professor in the department of communication disorders and served as department chair from 2000 to 2006. Prior to her time here, she was an assistant professor at TCU from 1989 to 1993 and a clinical assistant professor at the University of Texas at Dallas from 1986 to 1989. Taylor was a consultant, primarily for Union Pacific Railroad and its hearing conservation program, from 1994 to 1996. She also had a private practice in Tennessee for nine years, working with ear, nose and throat physicians before pursuing her doctorate.
Education: Bachelor’s and master’s degrees in audiology and speech-language pathology from Baylor University; doctorate in educational administration from the University of Tennessee. 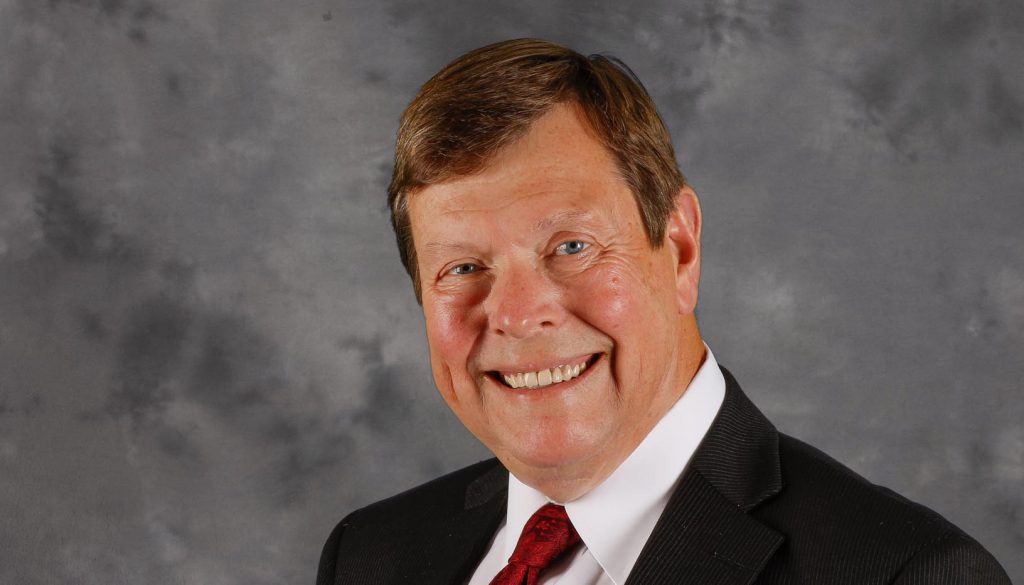 3 thoughts on “After climbing ladder at UNK, husband-wife deans Jurma, Taylor ready to relax by pool”