BEATRICE – The term “manufacturing” can conjure up images of welders standing over glowing metal or busy assembly-line workers inside a massive factory.

That’s certainly part of the process, but it’s not how Judy Altmaier describes manufacturing.

She loves the industry because there are numerous roles for a diverse group of people, from engineers designing new products to employees on the plant floor putting everything together. There are sales and marketing professionals promoting these goods, distribution specialists getting them out the door and accountants watching the bottom line. 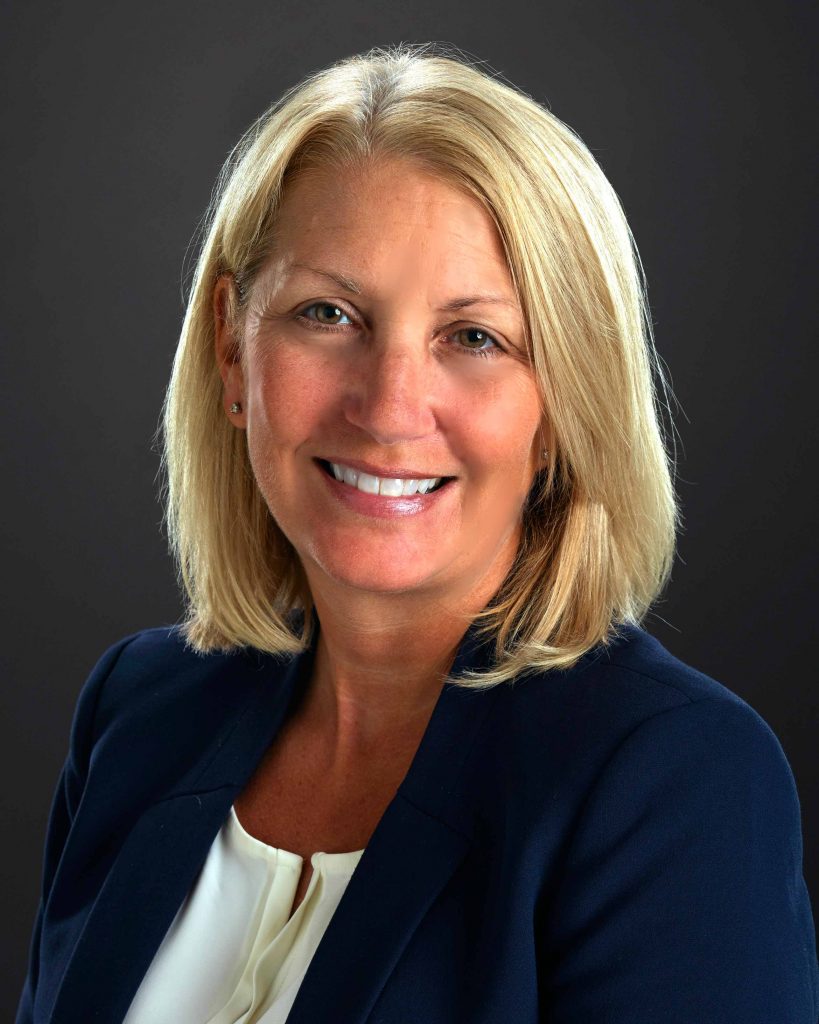 “There are so many different varieties and functions of jobs,” she said. “You get lots of experience all in one place. You just have to be adventurous and take some risks.”

The University of Nebraska at Kearney graduate is the perfect example of where manufacturing can take you, having traveled the world as an executive with Eaton Corp. and The Toro Co.

Altmaier, a Hartington native raised alongside five sisters, got her first taste of manufacturing while studying business administration at UNK. She took a data entry job at Eaton’s Kearney facility, which was so busy producing engine valves and gears for automotive manufacturers that she also spent some time working on the plant floor.

“There’s a lot of energy in manufacturing, and that’s fun,” said Altmaier, who earned a bachelor’s degree from UNK in 1985 and Master of Business Administration in 2006. She was recognized Thursday as an honored alumna by the UNK College of Business and Technology and served as the featured speaker during the annual honors night ceremony.

During her 25-year career with Eaton, Altmaier held numerous finance jobs and helped start a powdered metal business in North Carolina, where she spent 5 1/2 years.

This hard, but rewarding, work led to numerous opportunities down the line.

Altmaier eventually returned to Kearney to manage that Eaton plant, which employs around 600 people, before she was named vice president of the company’s global engine valve division in 2007. This position, based in Italy, oversaw around a dozen manufacturing sites across the globe, including the construction of a new factory in Poland.

Altmaier called it a “really fun time,” until the automotive industry collapsed in 2007-08. She spent about 10 months as vice president and general manager of operations for Eaton’s automotive group Americas, based in Michigan, before leaving the company in 2009.

“They were very, very good to me, in terms of a career,” she said.

Her focus shifted from auto parts to lawnmowers when she became vice president of global operations and quality management for The Toro Co.. For the past five years, she’s been the president and general manager at Exmark Manufacturing, a division of Toro that produces commercial mowers and turf care equipment.

“It’s probably the most fun you can ever have and get paid for it,” Altmaier said.

Under Altmaier’s leadership, the Beatrice-based company was named the state’s large manufacturer of the year in 2017 by the Nebraska Chamber of Commerce and Industry, as well as the Nebraska Business Development Center’s manufacturing business of the year.

An expansion project is currently planned at the Beatrice site, which includes the Exmark offices and a 350,000-square-foot factory that makes both Exmark and Toro products. About 500 people are employed at the campus.

“We’re growing the business and we’re very successful in a lot of ways,” said Altmaier, who serves as a director on the Nebraska Chamber of Commerce and Industry board and is involved with the STEP Forward program, which recognizes women working in the science, technology, engineering and production fields.

Altmaier said her goal is to “elevate” manufacturing by promoting the industry and showing people all the doors it can open.

“Everything we use in our lives, somebody made,” she said.