KEARNEY – You won’t find Andrew Dubowsky’s name on any team roster at the University of Nebraska at Kearney.

He’s never scored a touchdown at Cope Stadium or recorded a pin inside the Health and Sports Center.

His role with Loper athletics can’t be measured in statistics.

The junior sports management major is a fan, a friend, an aspiring coach and an example for every UNK student-athlete to follow.

Dubowsky, who was born with cerebral palsy, is a fixture at Loper football and wrestling events. That’s where he’s most comfortable – high-fiving players, cheering on the blue and gold and preparing for the next chapter in his life.

“Sports have always been big in my life because I can go out there and be myself,” said Dubowsky. “I view sports as a way to connect with people.”

His physical condition severely limits the use of his legs, but that didn’t stop Dubowsky from taking the field as a youth. He played in soccer and baseball programs for children with disabilities while growing up in Kearney and even gave sled hockey a try – although, he admits with a grin, the latter activity “didn’t go too well.”

Dubowsky joined the wrestling team in eighth grade and competed all four years at Kearney High School. He wasn’t on the mat for moral victories, he had bigger goals in mind.

“I wasn’t as successful as I wanted to be, because I wanted to win a state championship,” he said. “But I loved every minute of it.”

That experience sparked a passion for wrestling that continues today.

Before his freshman year at UNK, Dubowsky sent a tweet to Loper wrestling coach Marc Bauer asking if he could help with the team.

Bauer, who led the Lopers for 17 seasons before transitioning to a part-time assistant position in 2016, jumped at the opportunity. He met with Dubowsky during the incoming freshman’s first day on campus.

“I wanted his experience to be fulfilling here at UNK, and what better way than to get him involved with wrestling,” Bauer said. “Everybody should have that opportunity to connect.”

The Division II hall of fame coach made Dubowsky “one of the guys,” an honorary team member with a new nickname – Andrew “Du.”

“Because Andrew can do anything he wants to,” Bauer said.

Dubowsky met the UNK wrestlers during a Lopers Under the Lights event and the connection was immediate.

“It’s almost like they built a bond with him right off the bat,” said Bauer.

Dubowsky’s personality seems to have that effect on people.

Football player Sal Silvio, a redshirt junior from Kansas City, Missouri, met him three years ago when they were both freshmen living in the same dorm. They went to class together, talked about the Kansas City Chiefs and Royals and formed a friendship strengthened by sports.

Silvio was at Dubowsky’s side Thursday night as his buddy made his way to midfield for the coin toss during the annual UNK spring football scrimmage at Cope Stadium.

“It’s awesome having him out there,” said Silvio, who led the Loper defense with eight tackles and two forced fumbles as Dubowsky watched from the sideline.

The 5-foot-10, 205-pound inside linebacker called Dubowsky a motivator for the team, someone who shows the players how to work hard, have fun and enjoy the sport, regardless of what obstacles they face.

Dubowsky, who turns 21 on Sunday, said the relationships he’s formed with UNK athletes have been “huge” for his life.

“It’s given me confidence,” he said. “I feel like whenever I need something they’re always there for me.”

When a winter storm blanketed campus, the Loper football players were there to push his wheelchair through the snow.

When the UNK wrestlers held a retreat along the Niobrara River, Dubowsky had a spot in one of the canoes.

And when they competed in the NCAA Division II Wrestling Championships in South Dakota, the honorary team member was right there to cheer them on.

“I’ve loved every second I’ve been at UNK,” Dubowsky said. “I’ve made a lot of friends because of football and wrestling.”

Bauer, who guided UNK to three national championships and five national runner-up finishes as a head coach, said the relationship between Dubowsky and the wrestling team is a two-way street.

“We both learn from each other and we both inspire each other,” Bauer said. “He’s been a blessing to us. He’s taught us a lot of life lessons.”

The two also have a “secret connection” as Kansas State fans.

Dubowsky, whose parents David and Melissa graduated from the school, looks up to longtime Kansas State head football coach Bill Snyder. His goal is to coach Division I football someday.

From the sideline at Cope Stadium, he’s paying attention to the UNK coaching staff and taking mental notes.

“He knows the game. He’s extremely smart. It’s fun having him out there,” the second-year head football coach added.

Dubowsky, who is predicting at least six victories for the Loper football team this season, has a couple of things to accomplish before turning his attention to a career in coaching.

Academics and earning his college degree always come before sports, although he does want to attend at least one road football game, and he set a goal in high school of walking without assistance.

“I haven’t reached it yet, but I think it’s attainable as long as I keep working hard,” said Dubowsky, who knows his UNK teammates will be there every step of the way. 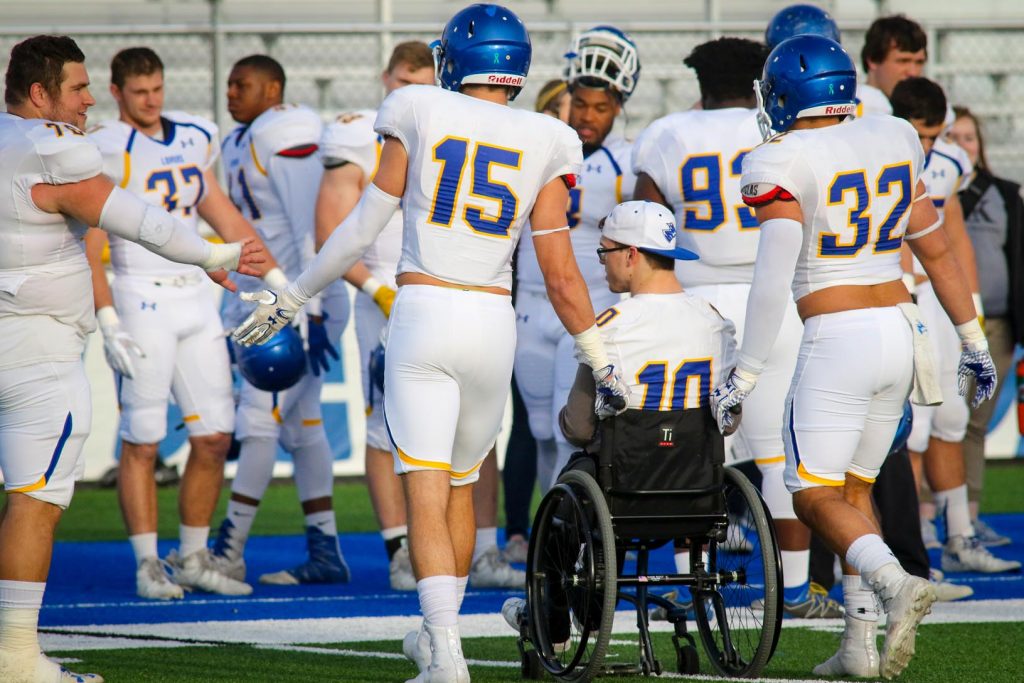 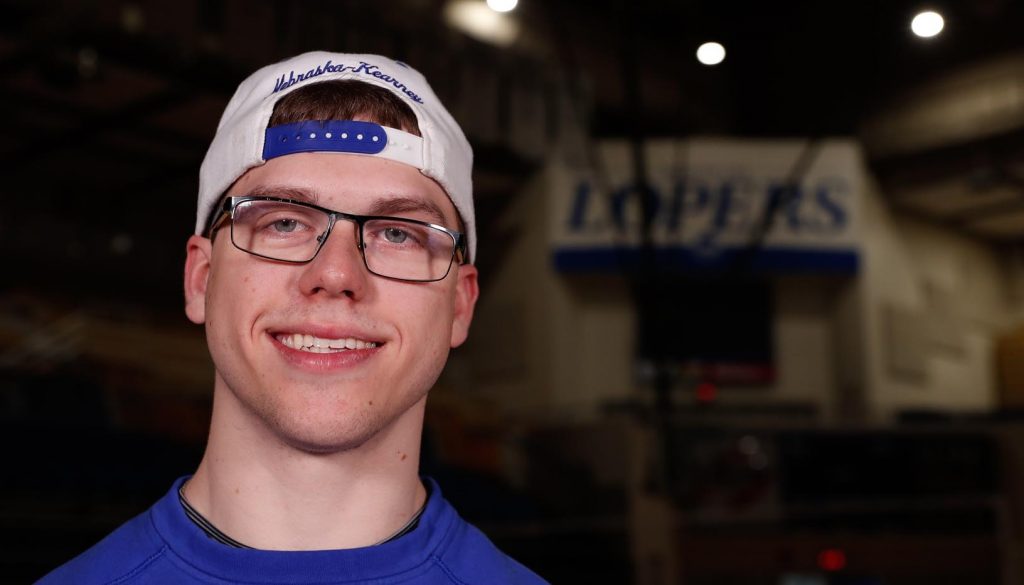