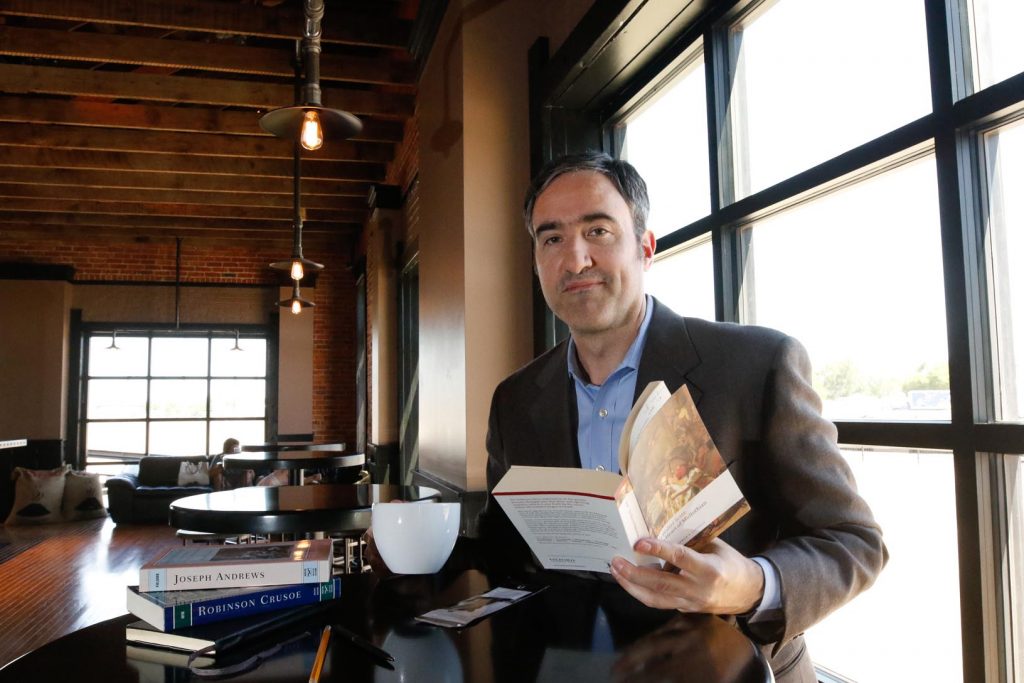 KEARNEY – Following in the footsteps of the distinguished 18th-century writer, Samuel Johnson, Denys Van Renen has taken his research to Scotland and Wales.

Inspired by Johnson’s “A Journey to the Western Islands of Scotland,” Van Renen set off on two separate journeys to study Scottish and Welsh representations of the environment in texts from the 18th Century.

An associate professor of English at the University of Nebraska at Kearney, Van Renen’s research integrates his two passions – the environment and the written word.

After spending much of his childhood living abroad near Cairo, Egypt, and in other parts of the world, this New Jersey native’s family finally resettled in Boulder, Colo. It was there that he began to develop a deep interest in the environment and climate.

“Growing up in Boulder, seeing how beautiful it is and thinking about how that beauty emerged from forward-thinking efforts to preserve open space … that was mainly what spurred my interest in the environment,” he said.

As a college student, he studied aerospace engineering and computer science at the University of Colorado while working for the Laboratory for Atmospheric Space Physics, where faculty and students were sampling the chemical composition in the atmosphere. 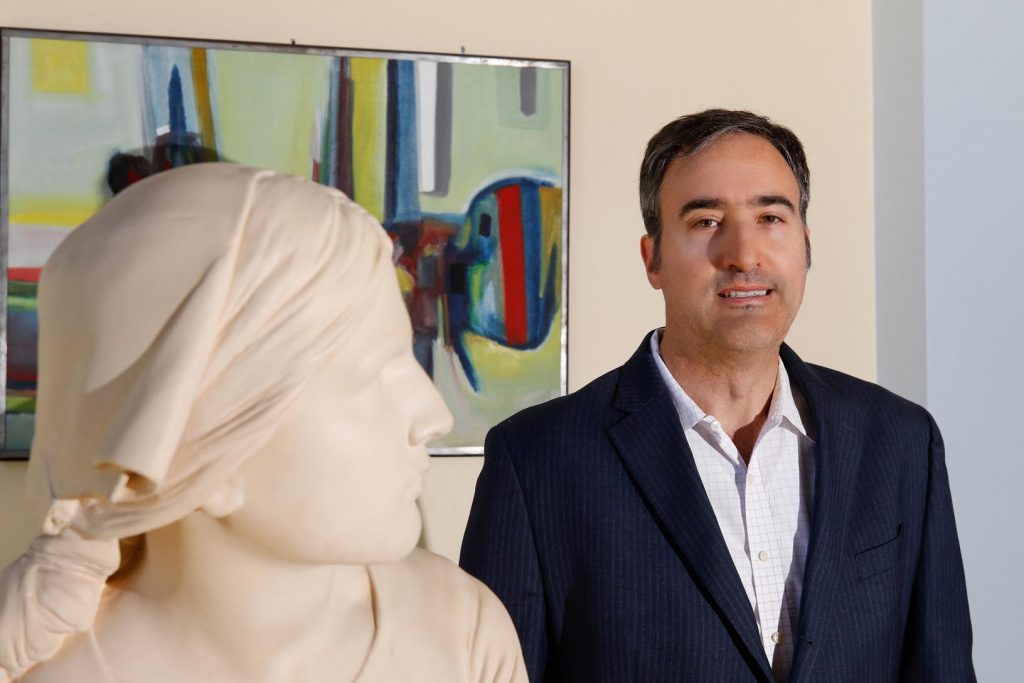 He went on to earn a master’s degree in aerospace engineering from Stanford University. At Stanford, he worked at Gravity Probe B, a program that tests Einstein’s theory of relativity by orbiting gyroscopes, and he began teaching classes.

After his experience at Stanford, Van Renen decided to pursue his interest in British literature and earned his Ph.D. in English from the University of Illinois at Urbana-Champaign.

“Teaching had always been of interest to me. The curiosity that comes with learning, and then wanting to share what you pick up with different generations of students appealed to me,” he said.

“I love the energy that comes from the classroom when you have 20 minds thinking through the material.”

Van Renen joined the English faculty at UNK in 2012.

IMPACT OF THE ENLIGHTENMENT

The 18th century, a period tied to the emergence of the Enlightenment, democracy, capitalism, technological innovation and the rise of the individual, and therefore firmly connected to the modern era, has always appealed to Van Renen.

Widespread and irrevocable changes to British life took place between the years 1630 to 1820, Van Renen said.

There was expansive growth of London and its suburbs; viable colonies in the Americas were established, the “new science” was created and the first global war, the War of the Spanish Succession, was fought. British people traveled to Africa and the Far East. The period also witnessed the emergence of sensitivity to animals and the environment, and more.

“It’s a very exciting period,” he said, “especially to think about the decisions that were made and the pathways that led England to develop into a world power.”

Van Renen initially explored the plight of the laboring classes throughout the 18th century. His interest in the subject came from a class he taught on women and the laboring classes in the 17th and 18th century, where students read Daniel Defoe’s “A Journal of the Plague Year,” Eliza Haywood’s “Fantomina” and Addison and Steele’s “Spectator and Tatler.”

“The contributions of women and the underclass to English society still go unrecognized,” he said.

“More land was consolidated for bigger and bigger estates, which took away land from farmers. Land was being used for elite purposes or large-scale agricultural purposes. All of my research has this underlying component of thinking about earlier forms of environmental usages and what we’ve lost during the industrial revolution, especially before the Romantic poets shaped a limiting sense of ‘nature’ as a space apart.”

In 2017, Van Renen published a book “The Other Exchange: Women, Servants, and the Urban Underclass in Early Modern English Literature,” which was based on his research. 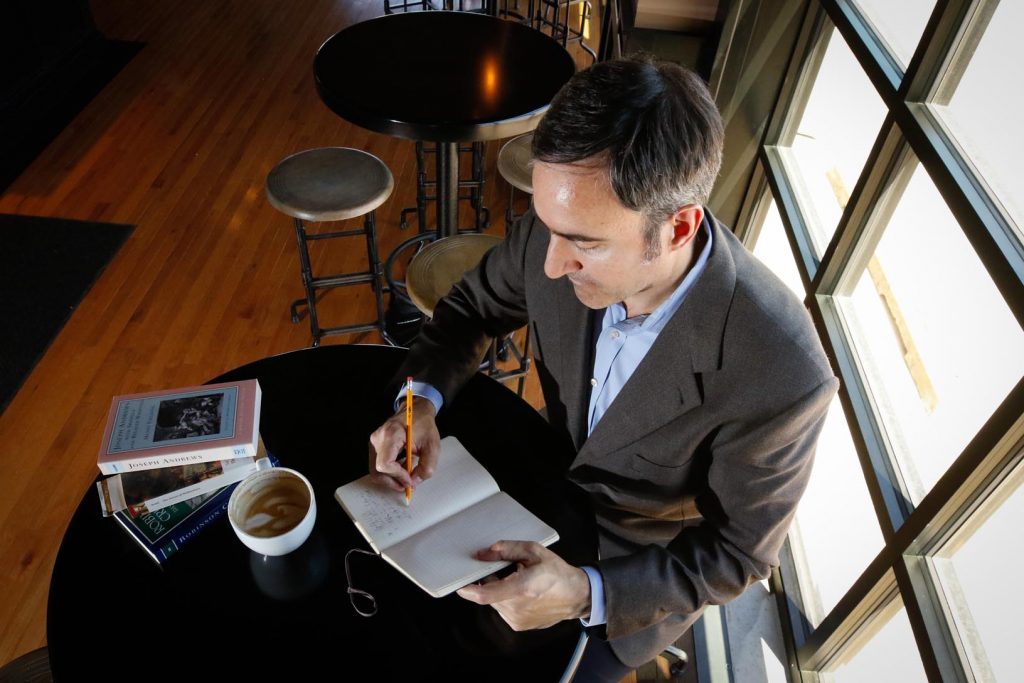 “This was an example of teaching and research reinforcing one another,” he said. “Teaching ‘A Jovial Crew or the Merry Beggars,’ a 1642 play by Richard Brome, became a springboard for research, and sometimes it’s the other way around.”

Van Renen’s current research focuses on representations of the environment in the 18th Century, making comparisons between the environments in England, Scotland and Wales.

“My research revolves … comparing England to other parts of the United Kingdom and even farther – settlements in British colonial settlements in Asia, the Americas and elsewhere,” Van Renen said. “Thinking about the environment allowed the British to rethink what they were doing abroad and at home.”

Five years ago, Van Renen traveled to Scotland to study 18th-century texts that feature representations of the environment in literature. He spent time reviewing materials in the National Archives in Edinburgh, Scotland.

“That was a major development in my career. It allowed me to develop an expertise in 18th-century Scottish studies,” he said.

Van Renen published articles such as “Decomposing the Picturesque and Re-collecting Nature in Dorothy Wordsworth’s Scotland” in the Journal of Narrative Theory.

During the summer of 2017, Van Renen traveled to Wales for a similar research project studying the environment of Wales through literature from the 18th century.

“I’m centering on what travelers to Wales and the Welsh wrote in the 18th century,” he said. “Depictions of Welsh surroundings as both separate from and a part of the United Kingdom provide useful commentary on land usage.”

The idea for his research trips came from Van Renen’s interest in the prolific 18th-century writer, Samuel Johnson. Johnson traveled to Scotland and Wales and wrote extensively about his trips. People still refer to the 18th century as “the Age of Johnson.” 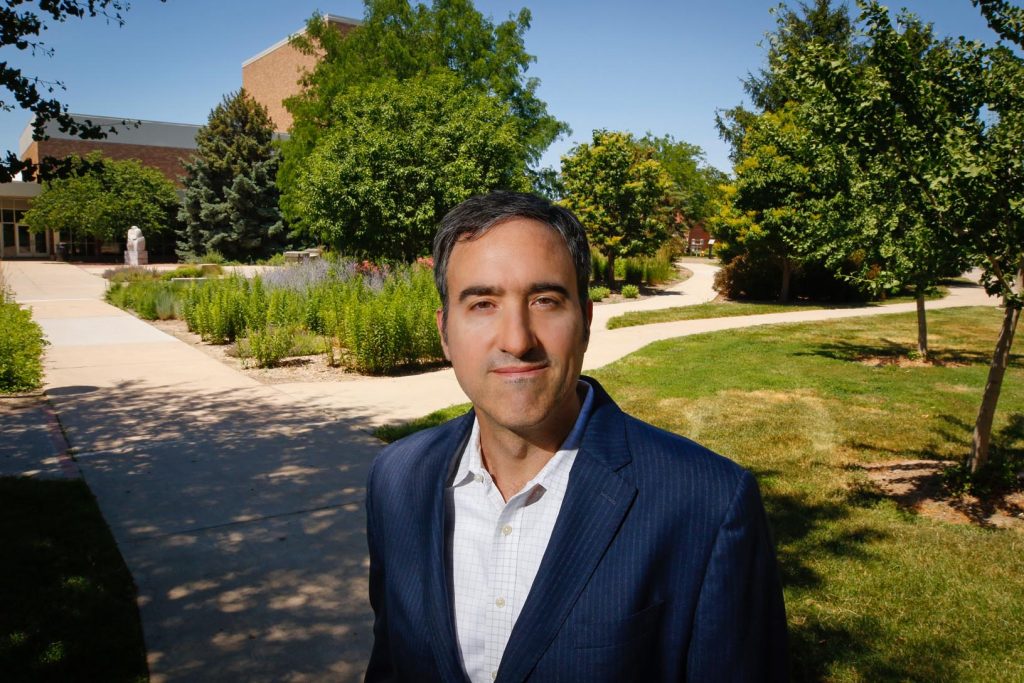 The research Van Renen gathered during both trips will also serve as content for a future book about Celtic representations of the environment in literature.

Van Renen’s passion for the sciences and literature arises from the classroom, specifically in his English general studies courses.

“I tell them specifically on the first day that this is an interdisciplinary course. Science, business, political science majors … we want their expertise and input as we’re looking at these texts, especially 18th-century texts,” he said.

“We study representative texts from all different disciplines, whether we are reading John Locke, Isaac Newton or Jonathan Swift. If students think they have an entry point, when authors are talking about business, political science, agriculture, we want them to speak up, contribute and participate.”

While teaching general studies courses allows Van Renen to help students make connections to their own areas of interest, teaching classes in the English major encourages students to think more critically, learn about a specific era and gain new perspectives.

“Curiosity drives the classroom dynamic. I think that’s why research and teaching go so well together – each involves a process of discovery. If there’s a new sub-discipline that develops in English, I learn about it and I teach it,” he said.

“We may be studying the past, but we’re not just reading the same old texts in the same old ways. I’m learning and I’m curious, and I’m teaching those sub-disciplines to students. They’re relevant to students in the 21st-century world. That’s why we can teach classes each semester that are new and exciting.” 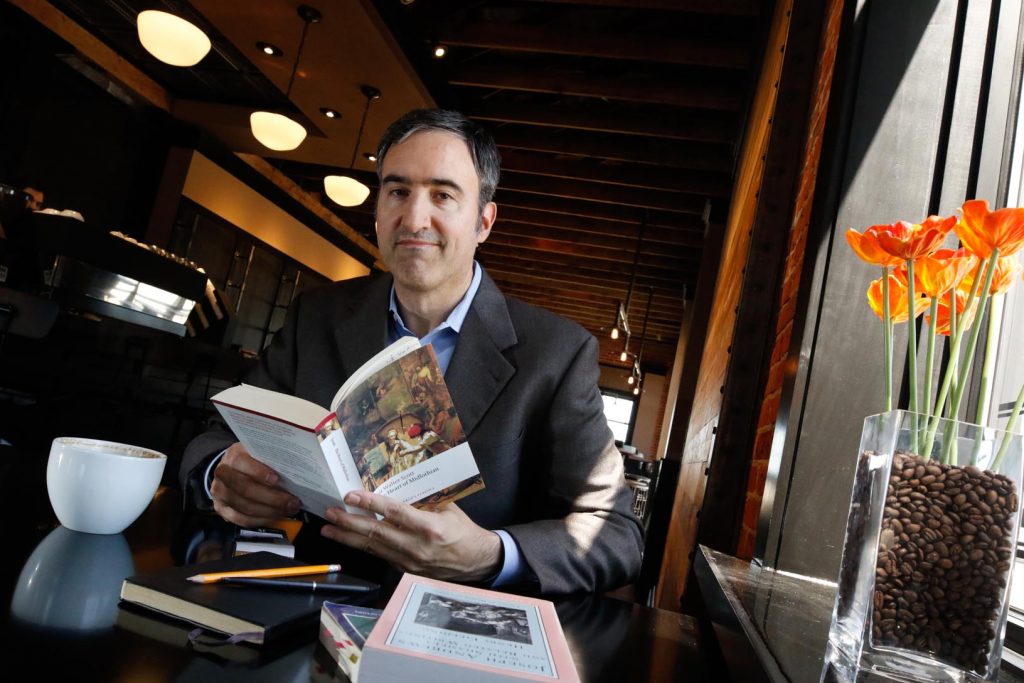