“With each decision I make, I try to ask myself what is best for the students and UNK.”

KATHY LIVINGSTON
Job Title: Assistant to senior vice chancellor of Academic and Student Affairs; Director of Institutional Research
Years at UNK: 38
Career Path: When our youngest daughter started kindergarten in 1979 I started working half time as a management information systems assistant. As our kids got older I transitioned to full-time as the MIS director in 1985. My titles have changed several times. In 1986, in addition to my MIS duties, I also became the Title III data manager, a position funded by grants. In 1991 the office’s name changed to Institutional Data and Analysis. 2001 brought another name change; this time it became Institutional Research. In 2007, I added a second title as assistant to the senior vice chancellor. When I started at KSC the MIS office reported to the Business and Finance Division. About 1995 I began reporting to Academic Affairs.
Family: Husband, Les, retired Kearney High School teacher and coach; Daughter, Heather Daubert, and son-in-law, Mike, of Omaha; Daughter, Gretchen Dolson, and son-in-law, John, of Lincoln; Grandchildren Morgan and Trevor Daubert, and Leslie and Daniel Dolson. I have a degree from UNK, as does my husband, a daughter, a son-in-law, a sister-in-law, two brothers-in-law and a nephew. My degree is the only non-teaching degree in the group. Two of our grandchildren are currently enrolled at UNK.
Hobbies/Interests: I’m a college sports fan, whether I attend in person or watch on television. I like to spend time with my kids and grandkids. As an Amazon Prime member, I spend countless hours investigating the next great deal!
Three words that describe your personality?
Direct – people usually know where I stand on an issue, but hopefully they understand I sometimes play the devil’s advocate just to get all sides of an issue considered.
Driven – Once I make a decision about something it is full speed ahead. I like to come to closure so I can move on to the next issue for resolution, whether that be at the office or deciding what to fix for Christmas dinner.
Visionary – I’m a planner, so I like to take an issue and investigate options and then decide on a plan of action. For example, sometimes I have more fun researching/planning a vacation than I do actually taking the trip.
Share something about yourself that few people know? When KSC became UNK there had to be a transfer of land deeds. I spent weeks trying to identify which pieces of land were included within which warranty deeds, and then tracking down any missing deeds, so they could all be sent to the University’s Central Administration for the land inventory. It was an interesting experience, similar to putting a puzzle together.

What is your fondest memory of UNK? My father-in-law was a faculty member and coach here for almost 30 years. It was fun for both of us to be here at the same time and to compare stories we would hear on campus. His office in Cushing Coliseum was a favorite spot for my daughters during halftime of KSC basketball games. Heather attended her first game when she was two weeks old and spent part of that game in dad’s office. For years the Physical Education/Athletic Department was responsible for organizing graduation because it was held in Cushing Coliseum. There was no campus-wide committee to plan commencement. There were also no Student Ambassadors at that time, so daughters of those faculty typically led the graduates in when they marched. My father-in-law asked me to do this the year my husband graduated. We had a special relationship. He died 14 years ago, but I still miss him very much.
What do you like most about your job? The view out my office window. My first office at UNK sat close to where the Bell Tower is today. It was located in a hallway that led to the condemned auditorium attached to the original Administration Building. There were no windows, no heating vents and no air conditioning in that area. My office today provides a spectacular view of the campus, which invigorates me on days when I need it. I seldom work directly with students, so observing them moving from one building to another reinforces why I’m here. I can tell which students took time to check the weather before going to class; one may be dressed in flip flops and shorts, while the one she is walking with may be wearing a coat and gloves. I keep up on the latest popular colors and styles, and what is the hot backpack each year. I can recognize several faculty members by the way they walk, or the route they take certain times of the day. Some people wave if they see me looking out the window.

Biggest change you’ve seen at UNK since you started? The biggest change has occurred within the infrastructure: buildings, street closings, green space, computers. One day when I was cleaning out some files I came across my notes from the year I worked on the Need Statement for the Health and Sports Sports Center. Since the building was constructed about 1990, that would probably have been in the 1980s. It often takes years to get approval for building renovation or construction. When I started working at KSC we used a calculator and a green sheet to figure average class sizes. How we educate students has changed a great deal, but the support to do that has changed as well.
Best business/work/career advice you received? Who gave it to you? My dad (Dan Lavene) said to arrive early and leave late; work more than 60 minutes for an hour’s pay. Neither he nor my mom (Doris) had a college degree, but they understood the value of having one. I knew at an early age that I was expected to earn a college degree. Dad was a busy farmer and livestock feeder, but he went around the county selling seed corn to help pay for that degree that he wanted me to have. I keep a plaque on the wall at home to remind me – he earned it for being one of Cargill’s most successful salesmen at the time. My degree belonged to him as much as it did to me.
What is your favorite thing about UNK? Commencement Day! It is a joyous time that is symbolic of why we come to work every day. I also enjoy the youthful enthusiasm each new class brings to campus. It energizes all of us working here and is a renewal of sorts. UNK really was a great place to spend my career.
Biggest challenge you faced in your time at UNK? The lack of competitive salaries for professional staff affected morale and turnover for some time. It is better now, but there are still pockets that need to be addressed. I can remember years when faculty, because they were unionized, received salary increases, but staff support was frozen. It made me feel like a second-class campus citizen.
What qualities make someone successful in your position? When someone has an information request it is pretty common for them to be unable to explain it. We have to be able to figure out what they actually need, not what they say they need, in order to respond to their request in a manner that answers the questions they are trying to solve.
How do you measure success, in terms of your career? With each decision I make, I try to ask myself what is best for the students and UNK. I want to be satisfied that I did the best I could with the resources I had available at the time, knowing that change is inevitable. I also wanted to be able to adapt to the different leadership styles I experienced with presidents, chancellors and vice chancellors.
Tell me about the time in your life at UNK when you worked the hardest? When we were still KSC we did a major installation of computers and monitors in the administrative offices across campus. The president wanted them showing in the workplace when the Board of Trustees came to campus for their next meeting. At the time we were instructed to ‘burn in’ the computers before distributing them, so I had my office floor covered with computers for several days, getting them ready to place on administrators’ desks. When the Trustees showed up, the computers were in place, but I’m not sure many administrators knew how to turn on their units yet, had they been asked to do so! It was an exciting time, and very important to the evolution of campus automation.
If you could go back in time, what would you do differently? I would probably try to find time to complete a doctorate. Numerous times in my career I wished I had done so, but there never seemed to be enough time in the day. I wish I had made it a higher priority. 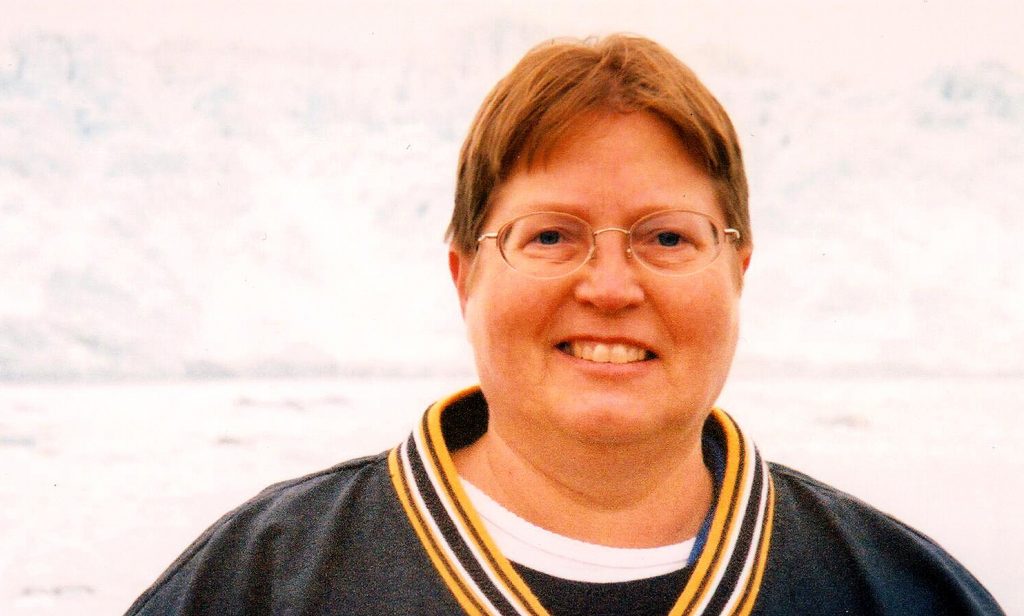