In 2015, he moved to the United States from South Korea and received a Certificate of Artistic Achievement from the Guggenheim Museum in New York City. Since then his art has been exhibited at Museum of Nebraska Art and Joslyn Museum in Omaha.

The following are bios of each performer:

Heidi Farrell – Farrell is an active oboe instructor and performer. She is principal oboist of Kearney Symphony and enjoys performing regularly as a soloist and chamber musician at UNK. Farrell has played with such ensembles as Brule, Cirque de la Symphonie, Mannheim Steamroller, Nebraska Chamber Players, and Sioux City, Lincoln and Hastings Symphonies.

Carol Gangwish – Gangwish has been accompanying since age 12 and was a lecturer and accompanist at UNK. She serves as accompanist for the Platte River Singers and various community and university concerts. She is a member of Music Teachers National Association and served on the Minnesota board, and she currently serves on the Nebraska board for the state associations. She has 18 private piano students in her studio from Minnesota and Nebraska.

Jayoung Hong – Hong has taught at several universities in Korea and Canada for 14 years and performed as a soloist and collaborative pianist in venues such as Carnegie Hall, Merkin Hall in New York and international venues in Berlin, Austria, Italy, Czech Republic, New Caledonia, South Africa, Taiwan, Korea, Canada and England.

Eunkyung Angela Son – Son served as a faculty member at Central Music Academy at Central College in Iowa, the Five Seasons Chamber Music Festival in Iowa, and Cello Summer Camp at Wesleyan University in Illinois. Son also taught at Illinois State University and the University of Iowa as a teaching assistant, and Marion Music Academy as an instructor 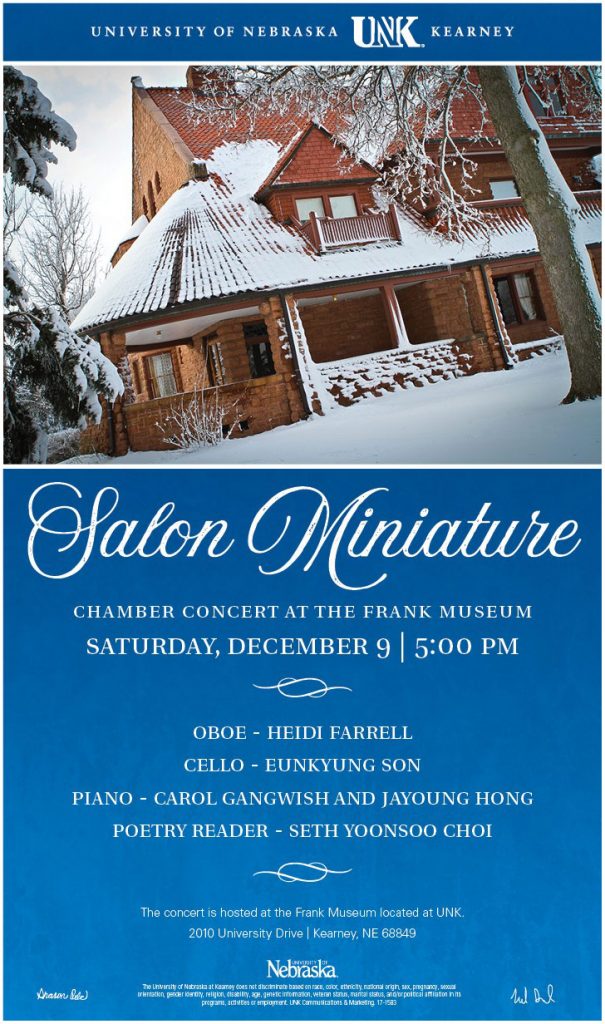