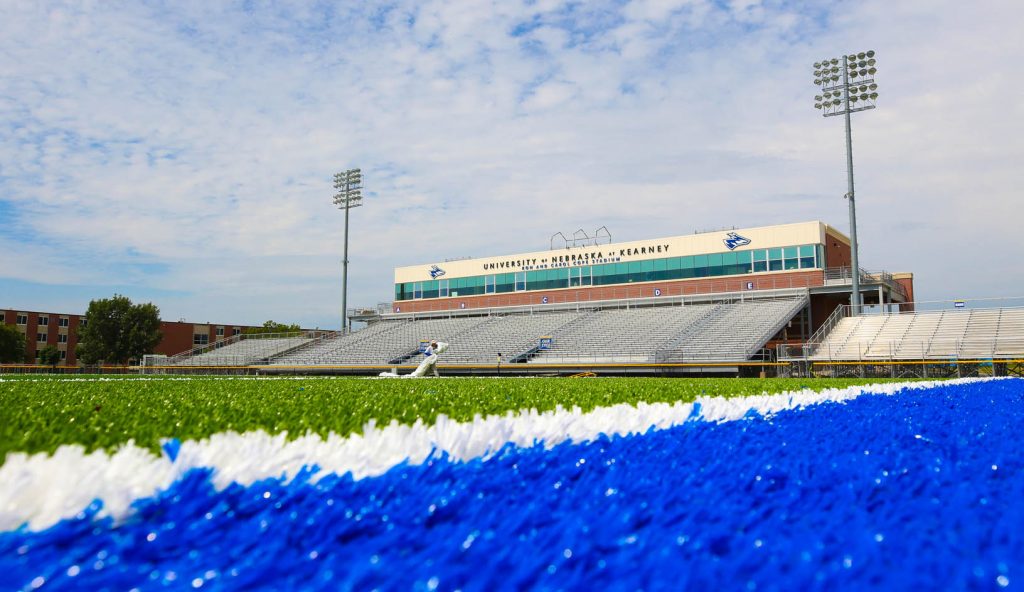 Work on the turf began June 19, and the project is planned for completion by the end of July.

The new field covers 109,000 square feet and will feature the blue and white Loper logo at midfield. End zones will include the words Nebraska and Kearney on the north and south ends, respectively.

Installation of the sand and rubber infill will occur in the coming days, and playing surface markings will occur during the final phase of installation.

UNK has played on turf since 2004, when Foster Field transitioned away from grass.

A dedication will take place Thursday, Aug. 31, when the Lopers open the football season against Missouri Western State University. Kickoff is slated for 7 p.m.