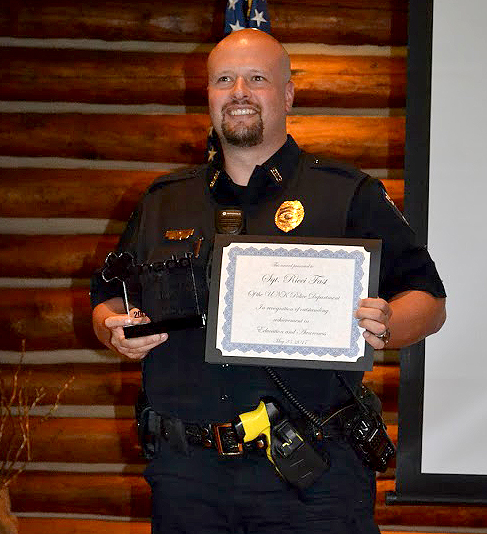 KEARNEY – Sgt. Ricci Fast, an officer and investigator for the University of Nebraska at Kearney Police Department, recently received a 2017 Mothers Against Drunk Driving Hero Award.

Fast won the Hero Award for Education and Awareness and his efforts to educate the community and raise awareness in areas of impaired driving and underage drinking. He was recognized and received the award at the 20th annual MADD Hero Ceremony May 23 at Wilderness Ridge Lodge in Lincoln.

“Sgt. Ricci Fast works tirelessly at contacting and visiting with students on the University of Nebraska at Kearney campus about the consequences of drinking and driving,” UNK Police Director Jim Davis said in his nomination submission. “Sgt. Fast has a unique way of talking with young adults about their future, or lack of their future, if they were to drink and drive.”

Fast has worked with for UNK Police Department for six years.