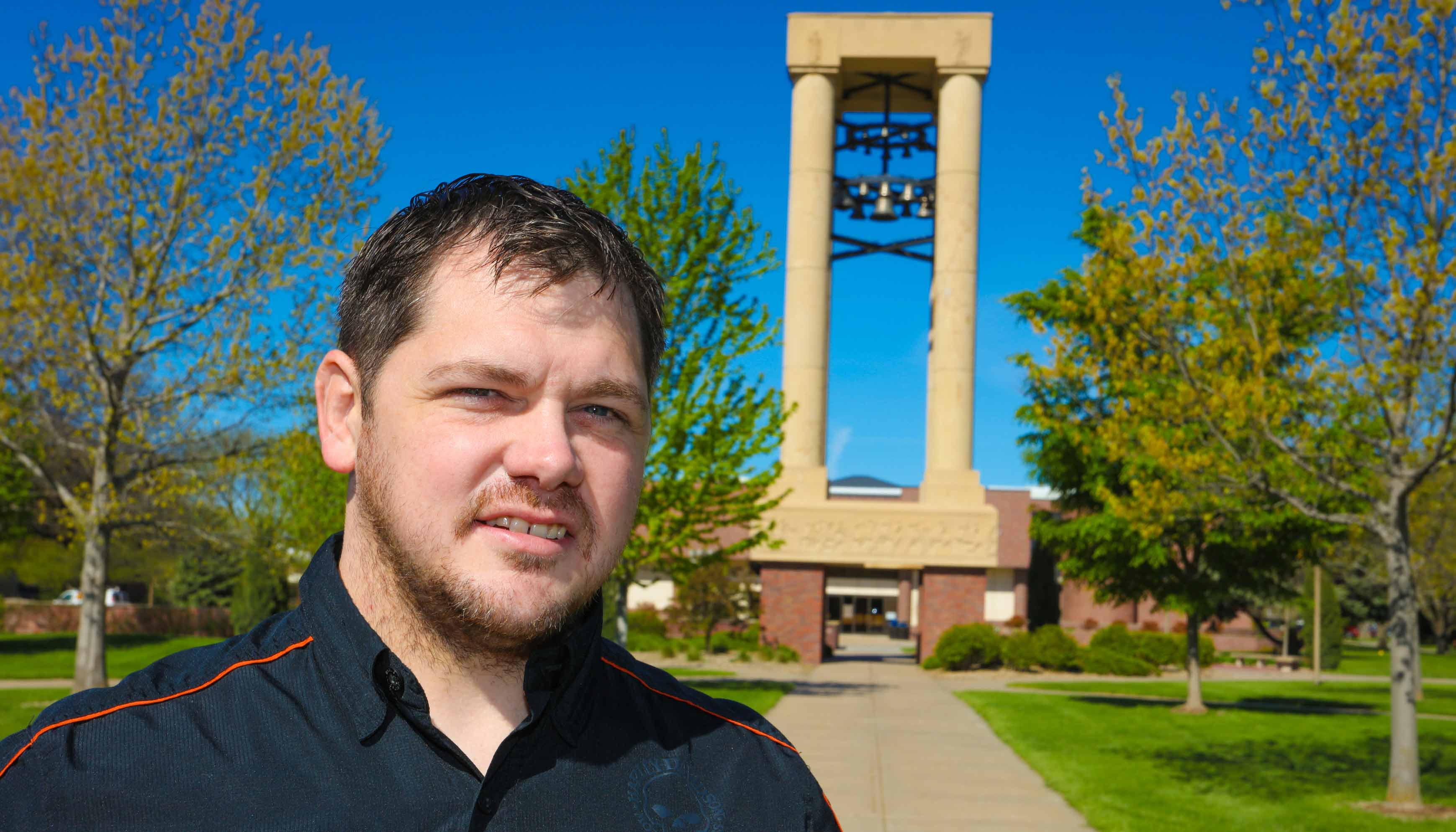 KEARNEY – Getting through college wasn’t easy for Trevor Stryker. His battle with post-traumatic stress disorder and alcoholism created setbacks and challenges.

But his determination to support his family and help others who are struggling, pushed him to work hard to overcome the obstacles that he faced.

That hard work paid off. Stryker, 32, graduated Friday with a bachelor of science in social work from the University of Nebraska at Kearney.

“Beyond Trevor’s tremendous service and sacrifice for our country, his hard work and success is a testament to the resilience of the human spirit,” said Maha Younes, professor and chair of the social work department and Stryker’s adviser. “Despite the multitude of challenges he endured, he remains steadfast in his commitment to serve others and to make a difference. He is a hero in every sense of the word and will be a phenomenal social worker.” 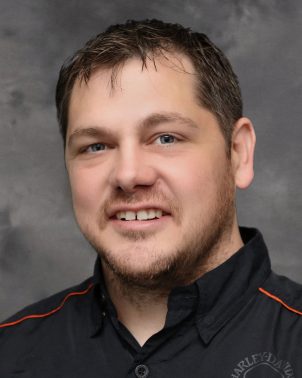 After struggling with academics in high school, Stryker joined the military. The youngest of seven kids, and with few financial resources, Stryker didn’t feel like college was an option.

During the four years that he was in the military, most of his time was spent in Japan and South Korea. He worked as a heavy equipment operator, supporting infantry and serving as Quick Reaction Force for suicide bombers.

In October 2006, he left the military and started taking classes at Central Community College. After one semester, he dropped out.

“The military is a different lifestyle that can be traumatic for some people,” he said. “I don’t think I coped with what I experienced in the military in a very healthy way.”

The transition back into civilian life was a struggle.

“You always had somebody looking out for you. When I got home, all of my friends had graduated from college, started careers, had families or moved. I didn’t have any stable friends,” he said.

“I had this screwy sense of entitlement that I didn’t have to work and nobody could tell me what to do. I was living a reckless lifestyle. I was seeking that camaraderie that I got in the military and I wasn’t finding it.”

Stryker experienced post-traumatic stress disorder and struggled with alcoholism and substance abuse, which fractured the relationships that he did have and created legal and financial problems.

“I lost my sense of purpose,” he said. “I had to find myself again. Getting sober was the beginning of identifying who I am and who I wanted to be. I had no self-worth. I didn’t want to live any more.”

In 2007, he went through substance abuse treatment.

He enrolled in CCC again in fall 2008, and earned his associate degree in human services with a specialty in drug and alcohol counseling.

Unable to find a job to support his family, he decided to enroll at UNK and study social work.

“I made it five weeks before I was kicked out of my first class. It was a math class. It was about not knowing the material, and I was very discouraged,” he said. “I talked to two advisers in the social work department and they coached me through it. I was determined to drop out of school.”

He stuck it out for the rest of the semester, but received enough parking violations that he couldn’t enroll in classes the following semester. Again, he decided to drop out.

His adviser once again convinced him to keep going.

Stryker’s experience as a non-traditional student wasn’t easy. In his last semester at UNK, he commuted from Grand Island five days a week, worked full-time, remained active in Alcoholics Anonymous, volunteered for veteran’s services and helped care for his four children. Most nights, Stryker put his kids to bed, then slept until midnight. He woke up to study until 2 or 3 a.m., get up at 6 a.m. to commute to UNK to go to classes on campus, and then he’d go to his full-time job.

Stryker said it was the support of his adviser and faculty in the social work department and his family that pushed him to continue working toward his degree.

While studying at UNK, Stryker completed an internship in the social work department at Grand Island Public Schools.

“My experience at UNK started out pretty rough. But as I got comfortable with the classes it got better. It didn’t get easier, but it got better,” he said.

For the past year, Stryker has been working for Lutheran Family Services of Nebraska in Grand Island as a peer support specialist.

In the fall he will begin the master of social work program through the University of Nebraska at Omaha Grace Abbott School of Social Work offered at UNK.