BURWELL – Water trickles down Gracie Creek. Cold wind rustles the leaves of nearby trees, and the sound of turkeys gobbling and farm equipment roaring echoes across a nearby field. It is a normal spring day on the Switzer Ranch near Burwell.

Middle and high school students from across Nebraska recently experienced that typical day in the Sandhills during a virtual field trip.

“We hoped to connect students across Nebraska who don’t even know that the Sandhills exist,” Geluso said. “Many people don’t get out of the cities to experience the Sandhills, so we’re bringing it to them live. We’re able to communicate with them and answer their questions.”

Students watched live streaming video of the scientists at the ranch while they discussed animal biodiversity – such as the kangaroo rats found in the area – and river and wetland ecology.

The students were also able to ask Harner and Geluso questions during the live stream.

“We want to increase awareness. There’s so much rich biological diversity here in Nebraska that we want kids to be aware of what resources we have,” Harner said.

Streaming Science is a new program developed by Jamie Loizzo, assistant professor of agricultural leadership, education and communication at UNL, in connection with Nebraska Extension.

The electronic field trip to the Sandhills was a first for UNL and UNK.

“It’s all done with mobile devices, so we’re taking a big risk doing this in the middle of nowhere, where there’s limited connectivity,” Loizzo said.

The science laboratory used multiple iPads that were connected through an app. One iPad acted as the control room and switched live video from each iPad, allowing for multiple camera angles.

Emma Brinley Buckley, research technician in the UNK Department of Communication, and Mariah Lundgren, producer and project coordinator for NET and Platte Basin Timelapse Project, worked behind the scenes with the technology. 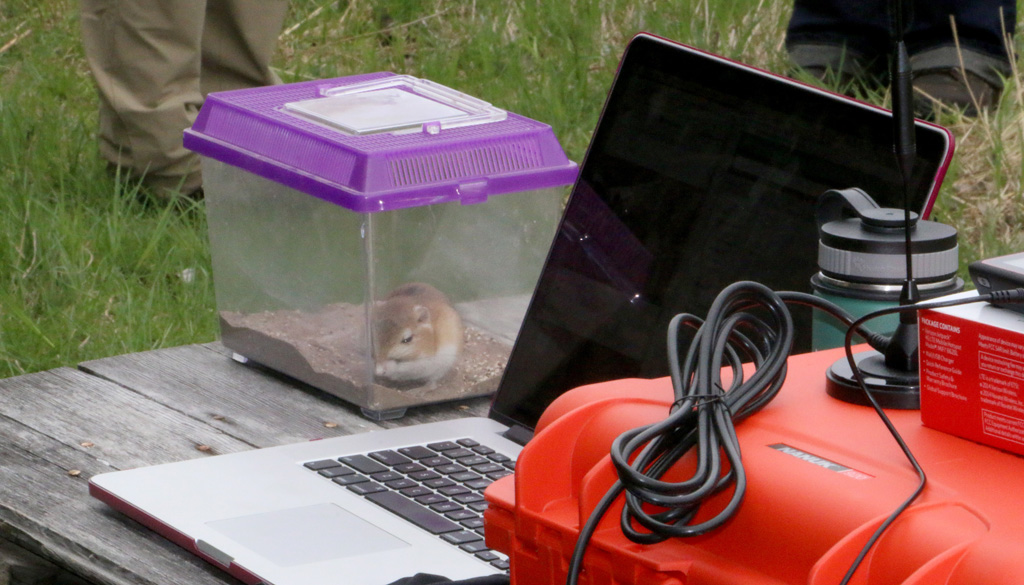 Shelby Andersen, an undergraduate student in the agricultural and environmental sciences communication program at UNL, served as host during the virtual field trip.

Last fall, three middle and high school teachers traveled with Harner and Geluso to the Switzer Ranch – a nature-based tourism business and cattle operation – where they learned about the area to take information and resources back to their students.

UNK, UNL and NET partners collected visual and other learning aids for the teachers and students, and have spent instructional time with classes in Omaha to encourage learning about Nebraska’s unique resources, such as the central Platte valley and Sandhills.

Streaming Science is also a research project to help measure student awareness of Nebraska landscapes. Students’ scientific knowledge was assessed before and after the virtual field trip through testing to determine the impact of the project.