KEARNEY – The University Theatre at Kearney and Alpha Psi Omega present “The Illusion” Wednesday through Sunday at the University of Nebraska at Kearney.

“The Illusion,” adapted from Pierre Cornielle’s 17th Century comedy “L’Illusion Comique” by Tony Kushner, follows the story of a father desperate to find his long-lost son. He turns to an aging sorcerer for insight. The sorcerer conjures three episodes from the young man’s life and the father is led on a mysterious journey.

Cost: Tickets are $10 for adults; $8 for non-UNK students, seniors and UNK faculty/staff; $7 per person for groups of 10 or more, and free for UNK students with a valid ID. For tickets, contact the UNK Box Office at 308.865.8417 or boxoffice@unk.edu. 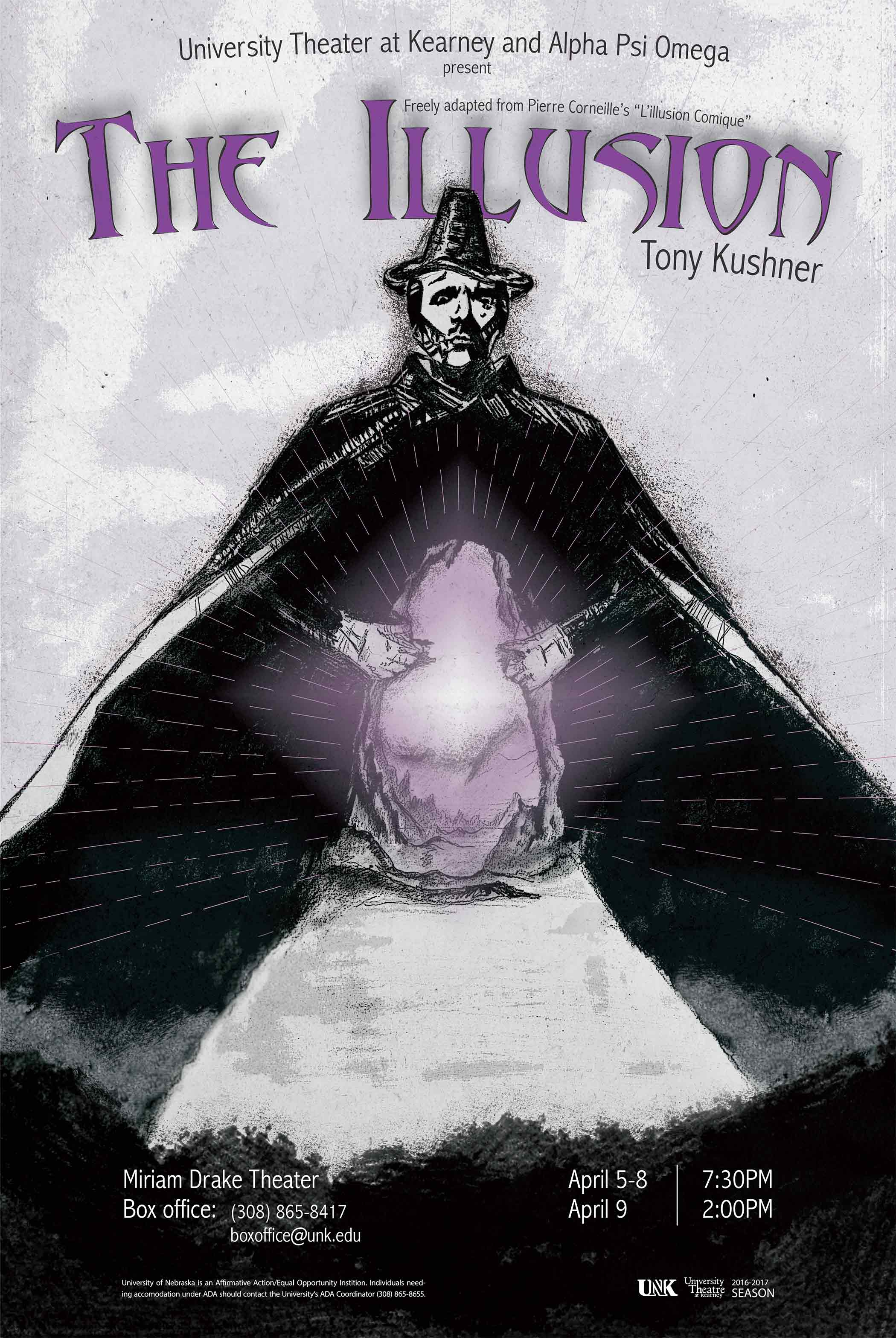