KEARNEY – Nate Bickford’s father always told him to leave the world better than when you came into it.

Bickford, an associate professor of biology at the University of Nebraska at Kearney, is working to do just that in a collaborative effort to improve the lives of people of Haiti.

“Port Au Prince is like a big ball of yarn with all these little frayed ends. To untie that knot, I can’t see that happening,” Bickford said. “But if you go into these rural areas, that ball of knotted yarn might be solvable. If we put our heads together in the University of Nebraska system, we get the right people from different colleges and we work together, we could have an amazing impact on these rural communities.”

Bickford traveled to Haiti in December. He spent nine days in the Central Plateau collecting information to help create a service training program in areas of agriculture, health and construction.

Haiti, a country located in the Caribbean Sea, suffers from chronic poverty due to economic, political and social challenges, as well as many natural disasters. Haiti is the poorest country in the western hemisphere, with most of the population living in poverty and over half of the population being unemployed or underemployed.

Agriculture contributes the most to the economy, but local food production can’t keep up with demand. Food imports lower the price of food, impoverishing the nation’s farmers.

“We’re talking about a place that’s a two-hour flight from the U.S. that has all of these problems. It’s crazy,” Bickford said. “As a university, we could impact a whole country. How cool is that?”

At the University of Nebraska’s Food for Health Conference last year, James and Martha Goedert asked Bickford to join them on their trip to Haiti to provide his expertise in aquaponics.

James Goedert, professor of engineering at the University of Nebraska-Lincoln, has partnered with volunteers to create a sustainable school building program at the Flower of Hope School in Haiti. Martha Goedert, assistant professor in the College of Public Health at the University of Nebraska Medical Center, has worked with Midwives for Haiti to educate skilled birth attendants to address the high rate of maternal and infant mortality and morbidity.

The Goederts traveled to Haiti with eight medical students in 2015 as part of a Haiti Immersion program at UNMC.

They’re mission in December 2016 was to do research to create an extension service training program in a mission, school and birthing center.

“At each of these three facilities, we’re going to be teaching things like drip irrigation, aquaponics, basic construction, health, technology and business. The bigger idea is that we can teach them a little bit, and they can build on that,” Bickford said.

A team of UNK faculty from different disciplines such as business and public health will return to Haiti in the spring to continue building the training program. They’re currently working on gathering grant funding.

“The problems in Haiti are astronomical. It’s hard to even put words to it,” Bickford said. “When I landed in Port Au Prince and looked around at the poverty I was floored.”

The team hopes to create a holistic approach to solving some of the problems of Haiti – a training program that teaches people in Haiti to teach others in multiple areas.

In addition to doing research for their training program, Bickford and the others helped put a roof on part of a school and visited an aquaculture system funded by the Clinton Foundation.

Bickford is a conservation biologist who works with wildlife and is interested in how habitat changes are affecting wildlife distribution and behavior, and how that is impacted by climate change. He’s also an expert in aquaponics, a marriage between aquaculture and horticulture.

Before leaving for Haiti, Bickford asked UNK students and faculty to donate soccer balls and cleats. He took two 50-pound bags of sports gear to the children who live in orphanages in Haiti.

“The kids were beside themselves excited. They’re playing soccer on gravel barefoot, so it was a big deal to have that stuff,” Bickford said. 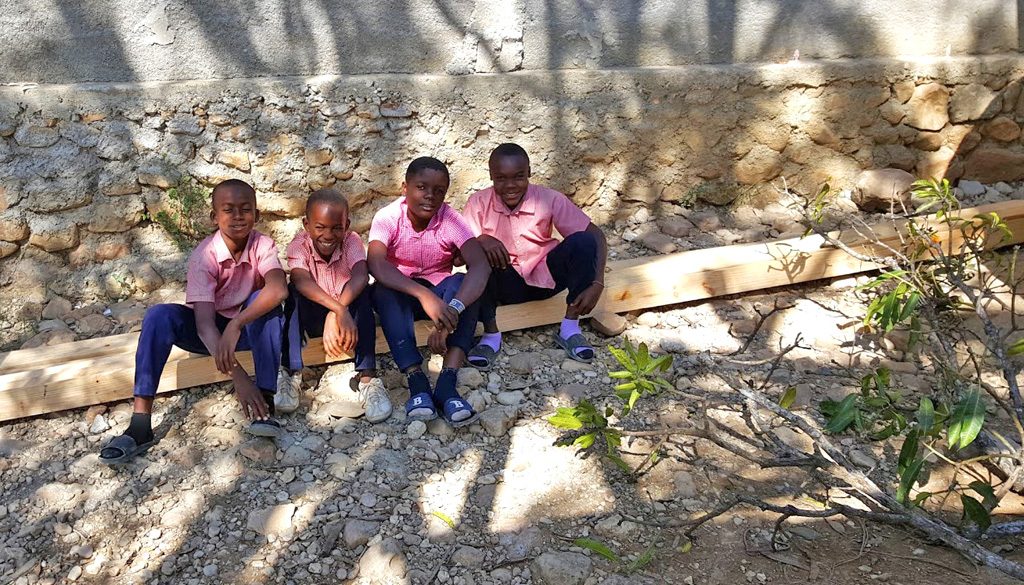 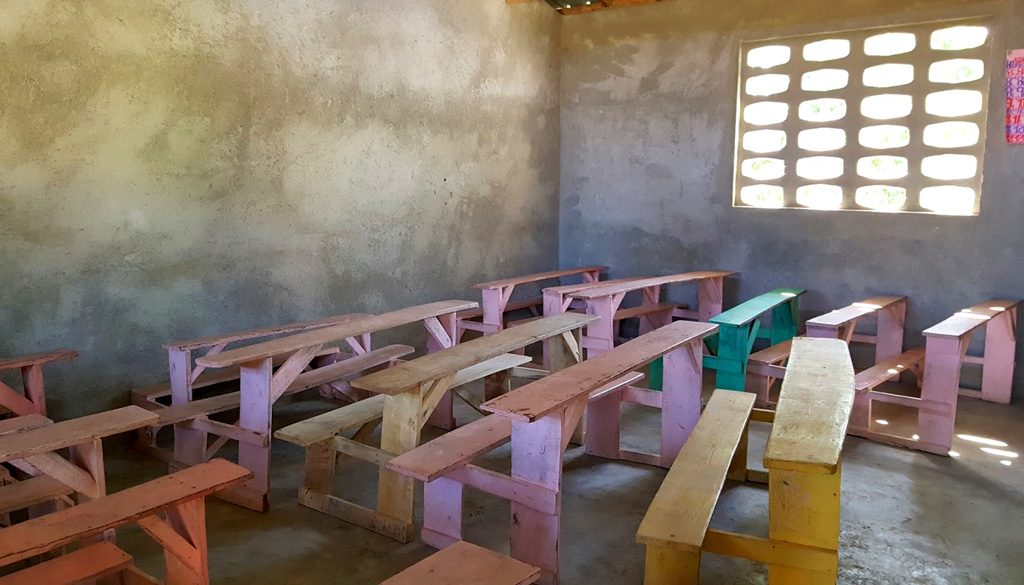